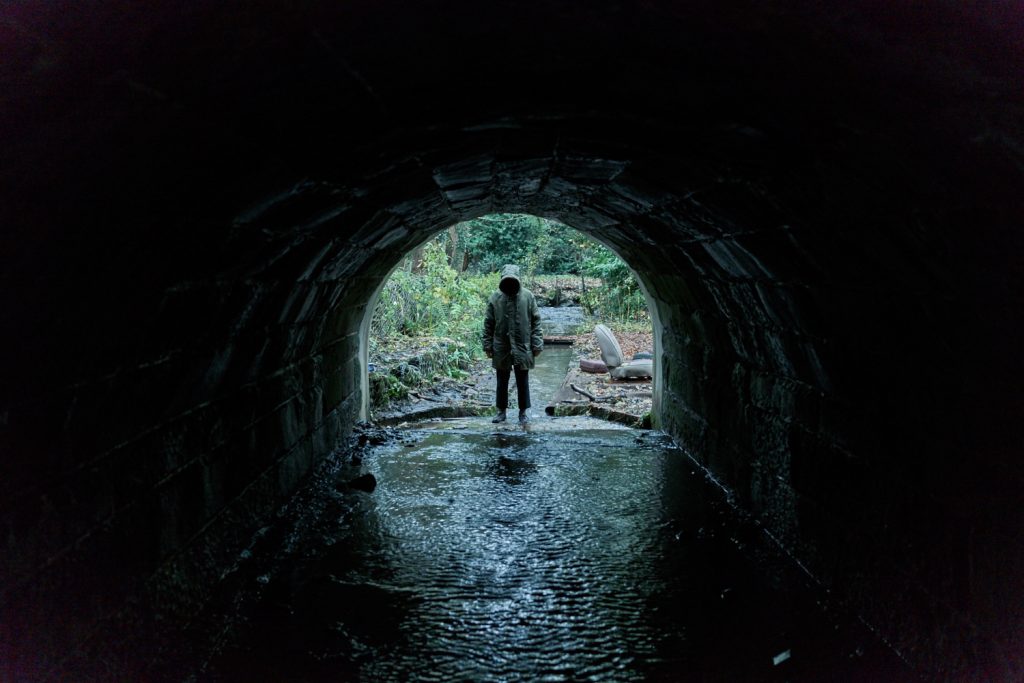 It’s no knock on Jeremy Dyson and Andy Nyman’s blackly comic hall-of-horror “Ghost Stories” to say that it is only one of many forthcoming movies that can clearly and cleanly creep you out. There’s a mood out there, and “Ghost Stories” is not the only familiar one to bring it indoors. Professional debunker-on-television, the skeptic of the supernatural professor Phillip Goodman (Nyman) is faced with three cases that for once in his life he can’t fathom, and each of them begins with a tendril, then a vital connection to his own history. What fresh nightmares are these? (There are no loose ends after a very satisfying bit of sleight-of-hand.) Half-a-million theatergoers around the world have seen the original stage production that began in 2010 in Liverpool and in a London West End transfer. Nyman says the idea began as “a stage shocker that was basically ‘The Vagina Monologues’ with ghost stories: three men on stools telling scary tales.” That simplicity transfers well to screen: the elemental character of each of the three tales requires only the swaddle of shadow and sinister sounds to flood the screen. (The filmmakers cite the full range of British creepshow anthologies, from high to low, among their other influences.) With Martin Freeman, Alex Lawther, Paul Whitehouse, Jill Halfpenny. 97m. (Ray Pride)

“Ghost Stories” opens Friday, May 11 at the Music Box.