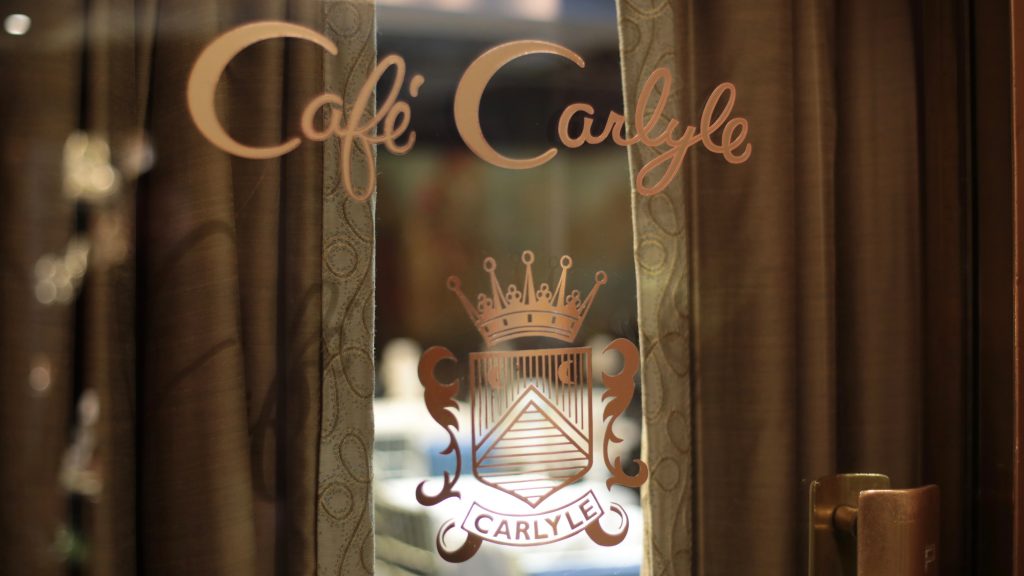 There’s a lot of glass for a nose to press up against in Matthew Miele’s documentary, “Always at the Carlyle.” A modest chronicle of the eighty-eight-year-old hotel on the Upper East Side of Manhattan, the years-in-the-recording “Always” offers a glossy magazine-style immersion into the signs (if not the meanings) of well-heeled and well-couched wealth and its comings and goings in this quiet cloister of less-than-humble hospitality. Miele, whose films include “Harry Benson: Shoot First!” and “Scatter My Ashes At Bergdorf’s,” neatly summarizes his project: “Condoleezza Rice sums it up nicely in the film with her quote, ‘This hotel represents the best of who we were,’ and George Clooney follows that up with ‘It’s not just a place to lay your head.’ I believe that about The Carlyle. It’s not just a hotel, it’s an aspirational place where the exceptional and the eccentric collide, congregate and celebrate.” The cocked snoots that apparently add up to more than a hundred include Wes Anderson, Sofia Coppola, George Clooney, Anjelica Huston, Tommy Lee Jones, Vera Wang, Anthony Bourdain, Roger Federer, Jon Hamm, Lenny Kravitz, Naomi Campbell, the late Elaine Stritch and fifty-year Bemelmans bartender Tommy Rowles. 92m. (Ray Pride)

“Always at the Carlyle” opens Friday, May 18 at Siskel and the Wilmette.