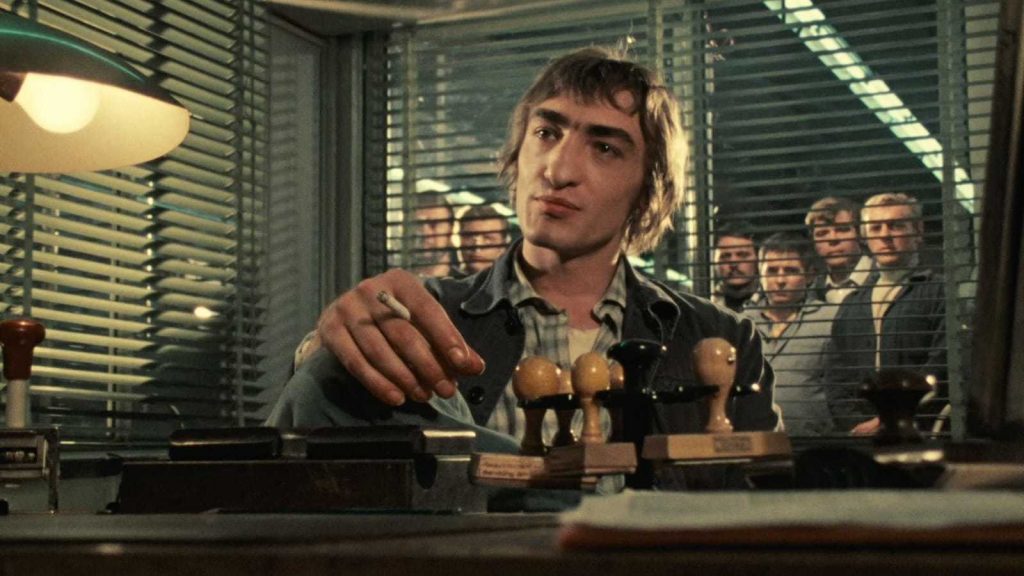 “I now think that the primary need is to satisfy the audience, and then to deal with political content,” Rainer Werner Fassbinder told film maven Tony Rayns in 1974. “First, you have to make films that are seductive, beautiful, about emotion or whatever… But you still have to know why you’re making the film. In other words, use the emotions generated to a particular end. It’s a preliminary stage in a kind of political presentation. The main thing to be learned from American films was the need to meet their entertainment factor halfway. The ideal is to make films as beautiful as America’s, but which at the same time shift the content to other areas.” With the release in America of what may be the last patch of his legacy, “Eight Hours Don’t Make A Day,” Fassbinder still surprises, elevates, thrills. Fassbinder, full of whiskey and pills and cocaine, dead at an editing table at the age of 36, after crafting over forty films in a span of about fifteen years, can still surpass most twenty-first century filmmakers.

“World on a Wire” (1973/2011), an early consideration of the psychology of artificial intelligence and its eddying effects is lapidary, is hypnotic and wholly engrossing, while as sardonic, as emotionally ruthless as much of his world. (And predates “Inception” by decades and worlds.) What could be left? 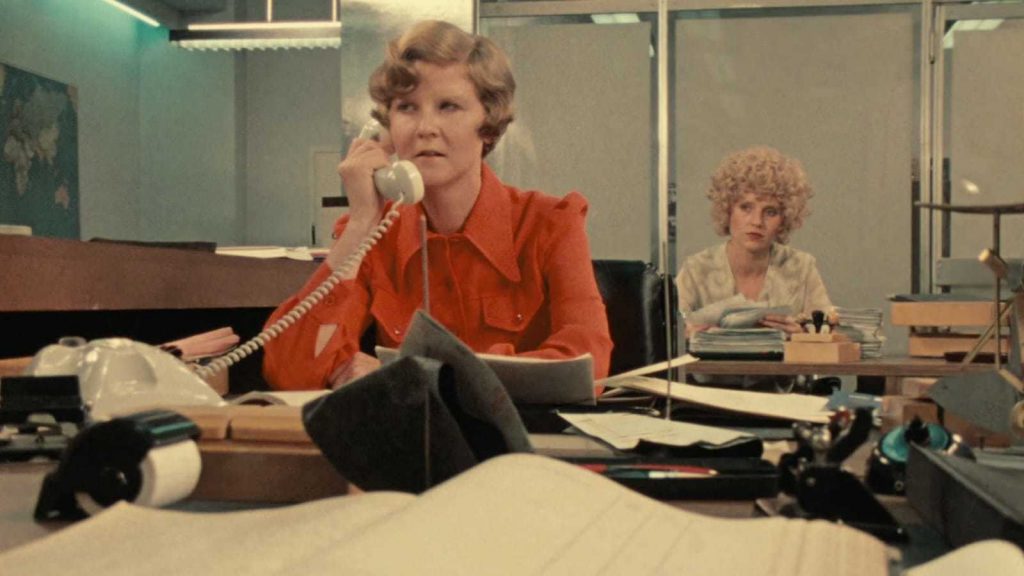 Fassbinder’s performance in Volker Schlöndorff’s little-seen Brecht adaption, “Baal” (1970), sure, that’s on Criterion now. But the kicker, the glorious joke on us all, the grace note of grace notes in the great filmmaker’s work is the restoration of the heartening masterpiece “Eight Hours Don’t Make A Day” (1972-73) Fassbinder’s five-episode, television-commissioned family melodrama, cheekiest for its cheeriness (even though three further hours that were not shot were set to spiral into elemental Dunkelheit der Seele). The overlapping lives of factory workers and office workers are etched sympathetically, their urges toward politics, toward control of their working lives is sketched in while relationships and comic turns burst forth. 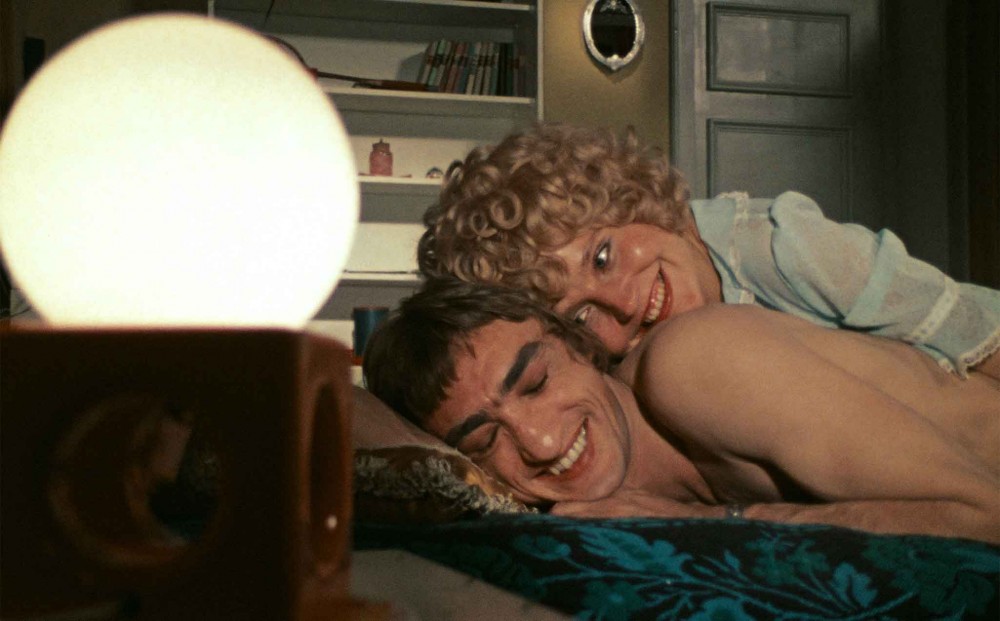 The personal is the political, the political is the personal, of course. And the joy of a masterpiece, once lost, now found, is rare joy. And Fassbinder’s elemental craft: good lord, will anyone ever be this good with the framing of space, the blocking of action, the movement of bodies? With Hanna Schygulla, Gottfried John, Luise Ullrich, Renate Roland, Wolfgang Schenck, Werner Finck, Irm Hermann. 478m. (Ray Pride)

“Eight Hours Don’t Make A Day” opens Friday, May 18 at Siskel. The staggered showtimes are here.