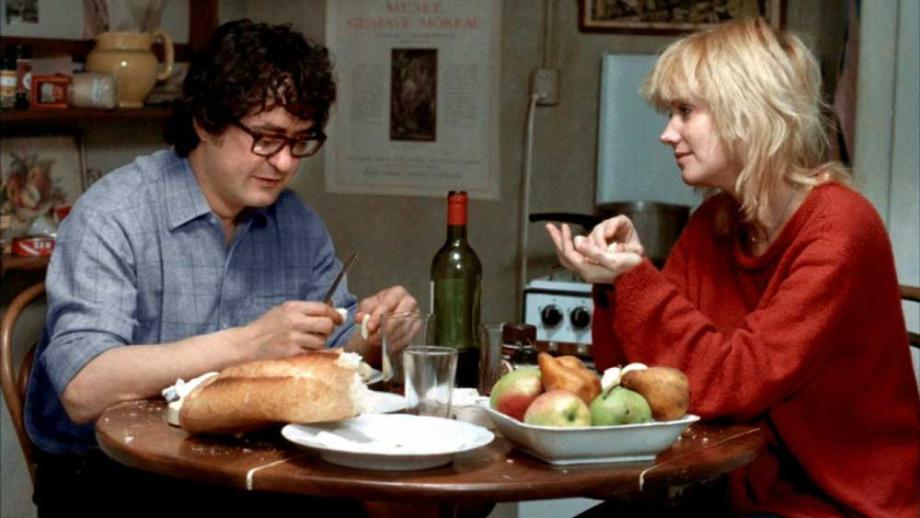 Renoir, Godard and Gauloises: eight “little prophets” in their early-to-mid-thirties live past 1968 in Alain Tanner and John Berger’s heartbreakingly hopeful and tender romance of the earth and the wondrous humans thereupon. When I was discovering films as a child in college, the witty, hearteningly earnest “Jonah Who Will Be 25 in the Year 2000” (Jonas qui aura 25 ans en l’an 2000) from Swiss director Alain Tanner and British artist John Berger landed in the middle of a world of possibility, radical yet down home, with an offhanded sophistication that appeared to be just the thing, far, far from didacticism, as it assembled politically inflamed yet gently mortal roundelay of romance, hope and fear.

(Later, I learned Renoir: everyone has their reasons for going deeper into an art form.) There is an ensemble of eight characters, casually attractive, fierily alive but aware of impermanence, four men and four women—“ten are too many, six too few,” Tanner said of the story’s structure and the characters he dubbed his “little prophets”—and they tentatively live through their moment, 1975, in the city and suburbs outside Geneva, Switzerland. They face unemployment, and perhaps more uncomfortably, they face employment. Transactions are made, again, again.

This washed-out trailer is in the original French with German subtitles, but look at those faces.

They teach, they learn. “They are both in the mainstream end on the margins,” Robert Stam wrote in Jump Cut in 1977. “Earning their daily bread in the capitalist kingdom of means, they have their eyes affixed and their ears attuned to a distant kingdom of ends.” He writes later, “’Jonah’ demystifies high art. Rather than something special and exalted, frozen into monuments and artifacts, art is shown to form part of the process of everyday life. ‘Jonah’ locates art everywhere—in a casual pun, a stylized gesture, an eloquent statement, a well-sung song.” That aspect, locating the artistic impulse in each and every gesture, was instantly what made “Jonah” an influence and a favorite film to this day.

“Their prophecies are little,” Tanner wrote in his screenplay of his cluster of avatars of a certain class and a certain moment, “and they themselves are not conscious of being prophets in the traditional sense of the term. They never announced their prophecies, which only exist for them at the individual and existential level… This is why they are absurd, the way clowns can be. They would reply that it’s the world around them which is absurd, and they would be right…” “Jonah”’s extended takes amount to a couple dozen sequences, playful, kaleidoscopic, softly partaking in Brecht’s notions of “alienation.” So, we have, in the end, tender BrechtIan spectacle about arriving at one’s failure and accepting it. Not embracing it, not ennobling it, but recognizing that battles transform over lived time. The world is good. Food and fucking are good. The rich are terrible. “Politics” is death. “Jonah” is both prophetic and post-apocalyptic, even in June 2018, even in the belly of this whale of historical moment. Berger and Tanner have a character highlight years when progressives expected change: 1905, 1945, 1968. Or perhaps… 2016. The world would be different… Yet the world roils on. Cycles of fertility, cycles of agriculture, cycles of inflation also structure “Jonah,” and I remain grateful to again witness how something so intellectual and intellectualized can be also nimble, adroit, translucent. Even making last edits on these words, my eyes are welling. Here’s hoping the bright, exhilarating “Jonah” finds a new life in the months after this touring retrospective in Tanner’s eighty-ninth year, 2018. Jonah? He would be forty-three. We don’t live in his world. 116m. The 35mm print is glorious. (Ray Pride)