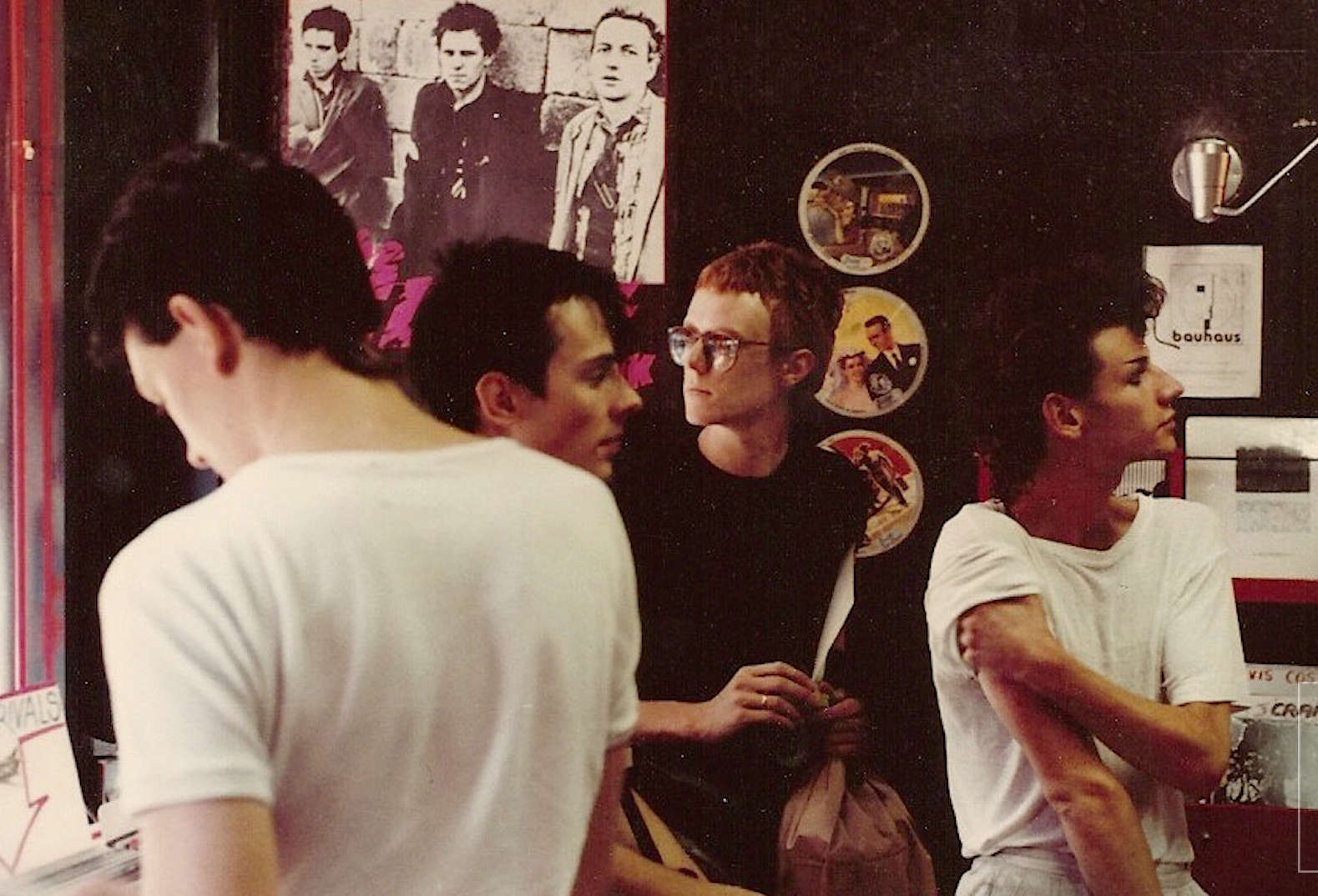 In Robert Towne’s screenplay for “Chinatown,” John Huston’s mythically cruel millionaire Noah Cross gets called “respectable.” Cross is ready for that one: “’Course I’m respectable. I’m old! Politicians, ugly buildings and whores all get respectable if they last long enough!”

While “Chinatown” is a parable about blood and legacy set against a classical Los Angeles backdrop, that line resounds across much that gains gravitas across the decades of our lives in the relatively young metropolis of Chicago. The subject comes up often in our annual Film 50 rundown: a lot of Chicago establishments have stood the test of time, or at least, are still standing.

The 1990s era that the Chicago Underground Film Festival sprang from was a young person’s moment, and shock value still had, well, shock value. Twenty-five years down the line, and six years ensconced at the Logan Theatre and the Logan Square neighborhood, CUFF largely shocks with prescience and good taste.

Shock for most of us now comes in the absurdities of the morning news stream and how the holders of personal information like Google and Facebook shape daily discourse to vast profit. Where wild-posting of photocopied posters was discourse in the public commons of the late twentieth-century, it’s harder and harder to get attention by spitting in a passersby’s eye (in a design sense.) A May presentation by CUFF at the Music Box of Jon Moritsugu’s “Mod Fuck Explosion,” a 1996 highlight got caught up in modern mores, as programmer and artistic director Bryan Wendorf relates, along with other reflections of keeping a Chicago festival alive and vibrant for twenty-five years.

Yes. Social media has been incredibly useful in marketing underground films to narrowly defined audiences, but proved a real challenge with Jon Moritsugu’s 1995 protopunk feature “Mod Fuck Explosion.” The Facebook algorithm won’t allow “fuck” to appear in a promoted post or even to anything to which the post links. Even censoring it didn’t help. By the time we tried that, the event had already been flagged as “problematic.” We were able to use that to our advantage, though, and got people interested in the event to share it with their friends as an act of Facebook defiance. That might even have been more effective than promoting it directly!

But you’ve had memorable stunts before.

Yes. We had some crazy PR stunts in the early years. One that I remember not working, a New York filmmaker named Matt Mitler had a black comedy about a stand-up comedian called “Cracking Up.” There was a scene where he was in Washington Square Park, playing the lead, doing a stand-up bit dressed as Jesus on a foam rubber cross. When we showed that film in Chicago, Matt brought the cross and loincloth and walked down Belmont Avenue to promote his movie. He got about two blocks before a squad car picked him up and drove him back to the theater. It was hilarious to watch, but it didn’t sell any more tickets to his film.

I’ve talked to a lot of people recently whose Chicago establishments are marking more and more decades, and not many people want to take the long view. “Do you realize we’ve been here half our lives?” comes out more wearily than they realize.

I’m not by nature the kind of person who gets nostalgic or dwells on the past much, either, so my attitude toward reaching twenty-five years focused more on where the festival can go than on where it’s been.

You define and redefine the name of the festival by the programming every year. CUFF is known more for pushing for new voices and narrative forms than relying on some gloriously transgressive past of the 1990s or 1960s…

I’ve always maintained that whatever we mean by underground, it is never stagnant and is constantly shifting and mutating. Over twenty-five years, our interests and programming mandate has shifted, it has both broadened while also becoming more focused. When the festival was launched we used arbitrary criteria like the budgets of the films to determine what qualified as “underground.”

I think it is much more about an attitude than about how much a film cost to make. That attitude has also changed over the years. In the nineties we were very focused on a kind of shock value, transgressive type of filmmaking, which is still interesting when done right but can also become limiting and, well, adolescent. Today, that attitude is harder to define. It can still be about pushing buttons but it can also be more subtle and nuanced. Any film festival that is worthwhile should be influencing taste and exposing people to new ideas, new forms, new voices and so on. I have an almost naive optimism about our audiences desire for and ability to appreciate sometimes difficult and challenging work. I always gravitated to film, music, art and so on that challenged my expectations and I know I’m not alone.

The opening-night movie looks back, but it also celebrates the idea of art arising, sometimes accidentally, even incidentally, from community.

“Industrial Accident: The Story of Wax Trax! Records” is a perfect opening film for our twenty-fifth year and one of the few cases where looking back and being nostalgic seems appropriate. CUFF was created with a very punk rock, DIY attitude and the Wax Trax! store was where I learned that attitude. I don’t think it is an exaggeration for me to say that I might not have become involved with CUFF in the nineties if I hadn’t gone to that store a decade earlier. I learned about the underground through Wax Trax! The music I discovered there led me to the whole world of zines, underground film, and other countercultural ideas and artifacts. I can’t stress how important that store was to me. I’m starting to sound like an old, nostalgic guy but it is hard to explain to people who weren’t there. The internet makes everything accessible, which is great, but it also makes things have less impact. Wax Trax had an impact that is still felt today. 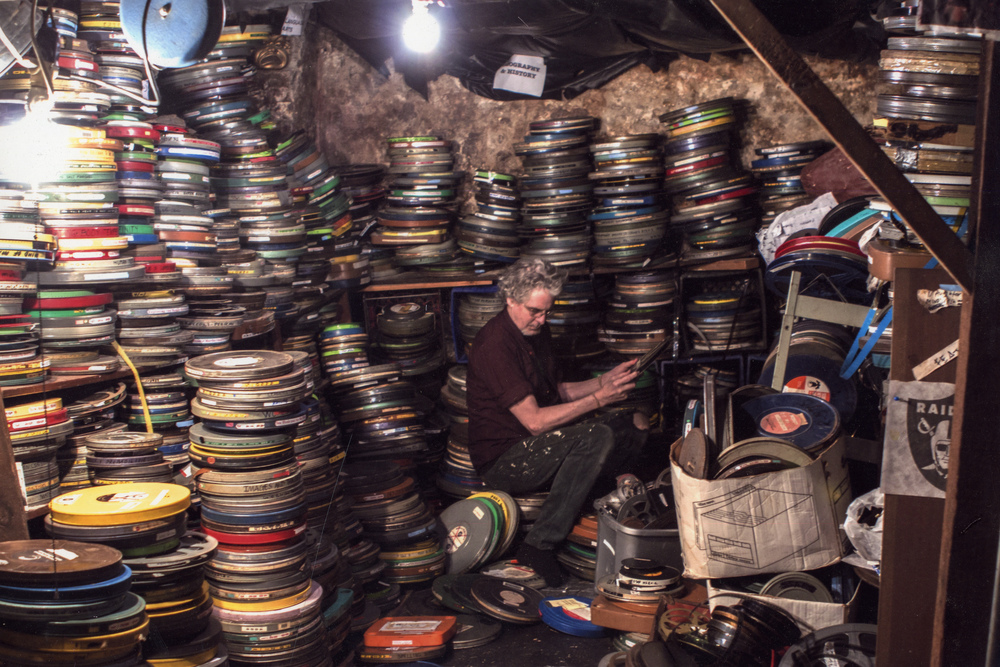 In the past, CUFF had an annual guest of honor, an event that brought John Waters and Alejandro Jodorowsky and Doris Wishman to town, and this year you’ve brought the tribute back for cut-up/found-footage genius Craig Baldwin.

Honoring Craig Baldwin this year also addresses these ideas of influence. When Jay [Bliznick] and I were starting CUFF, Craig was one of the contemporary underground filmmakers that we read about in Film Threat, which I would buy at Wax Trax. He was probably the one filmmaker who has the most relevance to where the festival is today, too. He was blurring the lines between experimental, documentary and narrative in ways that anticipated a lot of what I find the most compelling in work being made today. He’s also been programming underground film for longer than CUFF has existed at [the Bay Area’s] Other Cinema, which was the first microcinema of which I was aware. I can’t think of anyone more deserving of a lifetime achievement award than Craig.

And then you close with the first feature by Lori Felker, who taught at UIC (and now University of Wisconsin-Milwaukee) and has made any number of smart, berserk yet crazy-calm shorts.

Closing with Lori Felker’s documentary “Future Language: The Dimensions of Von LMO” is also very appropriate for this anniversary year. Lori is one of the smartest filmmakers I know and she was a part of the festival staff for many years. “Future Language” is the most ambitious film she’s made to date and deals with similar ideas of influence and fandom that we’ve been talking about here, especially in how those lines become blurry. The film is as much about Lori as an artist as it is about Von LMO as a musician and about how they both interact with each other and with the camera, as filmmaker, as documentary subject and as human beings.