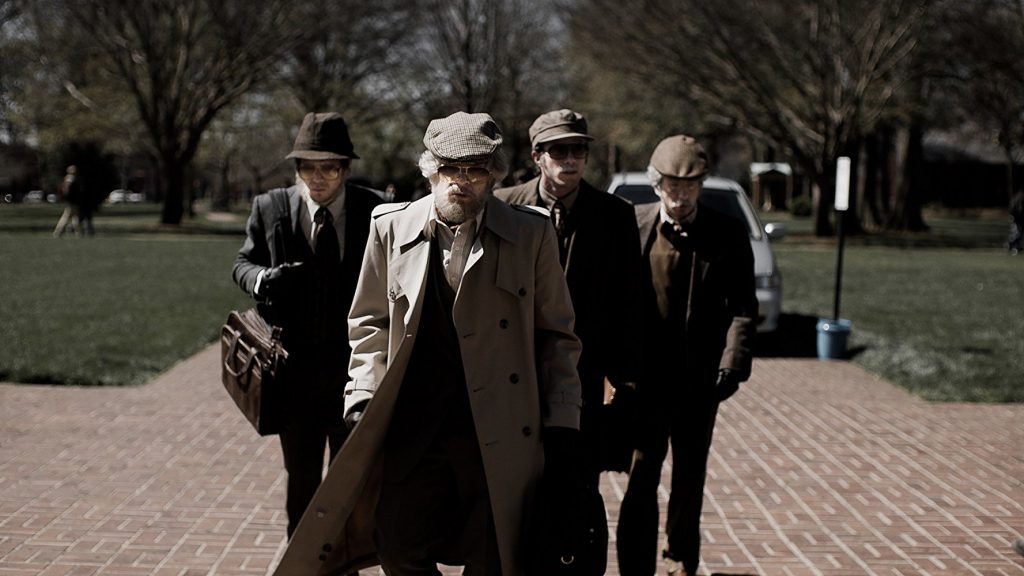 Wisecracking post-Tarantino ironic meta-fiction for a decade past “Reservoir Dogs” marked a decadent phase for American crime pictures, but now movies like Bart Layton’s exemplary heist canvas, “American Animals,” bloom from that wreckage. Layton also takes cues from the most grandiloquent visual devices of cinematic masters-monsters like Michael Mann, Oliver Stone and Tony Scott and just gets on with it in his tonally insolent thriller copping its primary facts from a 2003 true crime.

Layton’s first picture, “The Imposter” (2012), insisted on blurring fact and fiction, and fact succumbed to the gorgeous patterning of visual style and ironic a-has. From its Sundance 2018 premiere, some suggested Layton only went deeper down a rabbithole of style atop substance, but what a glorious, richly suggestive rabbithole it is. “This is not based on a true story,” the opening credits of “American Animals” read, briefly, before “not based on” disappears from view. What is “truth” in the mind that conceives of vastly preposterous schemes and the heart that holds success is not only possible, but simply certain? A sleek monster all its own, the quickest shorthand for Layton’s undertaking would be an effective hybrid of Errol Morris’ “The Thin Blue Line” and the two best-known adaptations of “The Taking of Pelham 123.”

Two male friends from average suburbs of Lexington, Kentucky, headed to college, want more of their lives. Spencer wants to be an artist but doesn’t think he’s suffered; Warren’s upbringing led him to believe he is destined for unspecified greatness. The suffocating dissatisfaction of these Nietzsche-reader-style ne’er-do-wells leads them to an unlikely and wildly ambitious heist of rare books from the local Transylvania University special collection. Among them: John James Audubon’s singular “Birds of America.” As a born-and-bred Kentuckian, I felt that batty plan and those indelible illustrations are as enthralling as the re-creation of a modern crime of the Commonwealth. (Plus, a first edition of “Origin of Species” by Charles Darwin on the side.)

As the plan spirals upward and outward, Layton has many more tricks than the post-teens weaned on heist movies: he introduces real-life figures into the onrushing tale to narrate the progress (and fates) of their onscreen avatars. What do these men know a decade-and-a-half later that their callow fictional kidlings do not? The dynamics are there; the screws tighten. The acts are audacious and immoral, and as things speed up, a careen toward disaster seems fated. Their mad cluelessness suggests the weird and damning all-American confidence that anyone can do any job if they’ve ever seen it portrayed, anywhere.

Layton’s sweetly enveloping visual palette is marzipan-meets-Mars-light, with colors upon colors and hue upon chroma in aromatic profusion. Time schemes and the musical score shift with showy bravura, objective representations of the subjective delusions of this mild bunch. The brilliance burns to the touch. These boys’ gaudy crime fantasia was born from the very mass of mass media that Layton repurposes to his own substantial narrative ends. 117m. (Ray Pride)