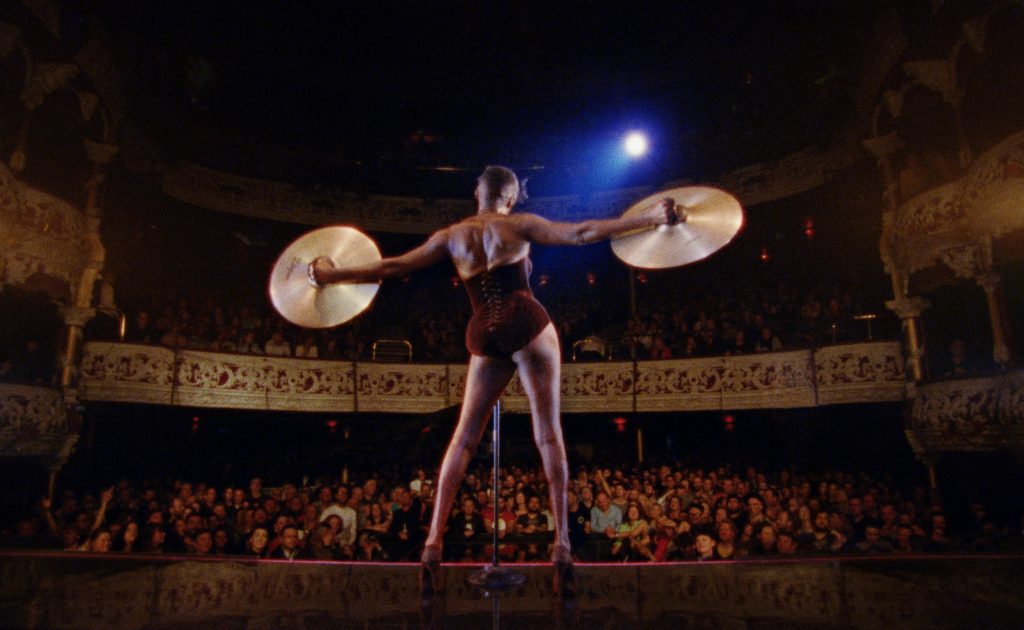 Sophie Fiennes knows how to shape a documentary portrait of strong-willed cultural figures, not limited to her swaddling of film-o-philosopher Slavoj Zizek, in “The Pervert’s Guide To Cinema.” Her emphatically empathetic skill is on display through her twelve-years-in-the-collating diva-defining portrait of seemingly ageless artist-model-musician-icon Grace Jones, “Grace Jones: Bloodlight and Bami.”


The great virtue of immersive processes like that practiced by Fiennes is in repetition the audience doesn’t see, the study, a refinement, a distillation of iconography that is a dance between artist and filmmaker. It’s punchy and pointillist and doesn’t trouble itself with predictable rhythms. And to trace the fierce, pinwheeling, cartwheeling, largely overwhelming Jones’ path from Jamaica to New York to dance floors and many, many imaginations, suggests that emphatic solipsism is not necessarily a bad thing, and in this case, became and continues to be a great thing. It’s an ode to relentless self-invention and reinvention, too. The more you see of Grace Jones, the more enigmatic she becomes. Performances include “Slave to the Rhythm,” “Pull Up to the Bumper” and “Love is the Drug.” With Jean-Paul Goude, Sly Dunbar, Robbie Shakespeare, Ivor Guest. 115m. (Ray Pride)

A return engagement of “Grace Jones: Bloodlight and Bami” opens Friday at Siskel.