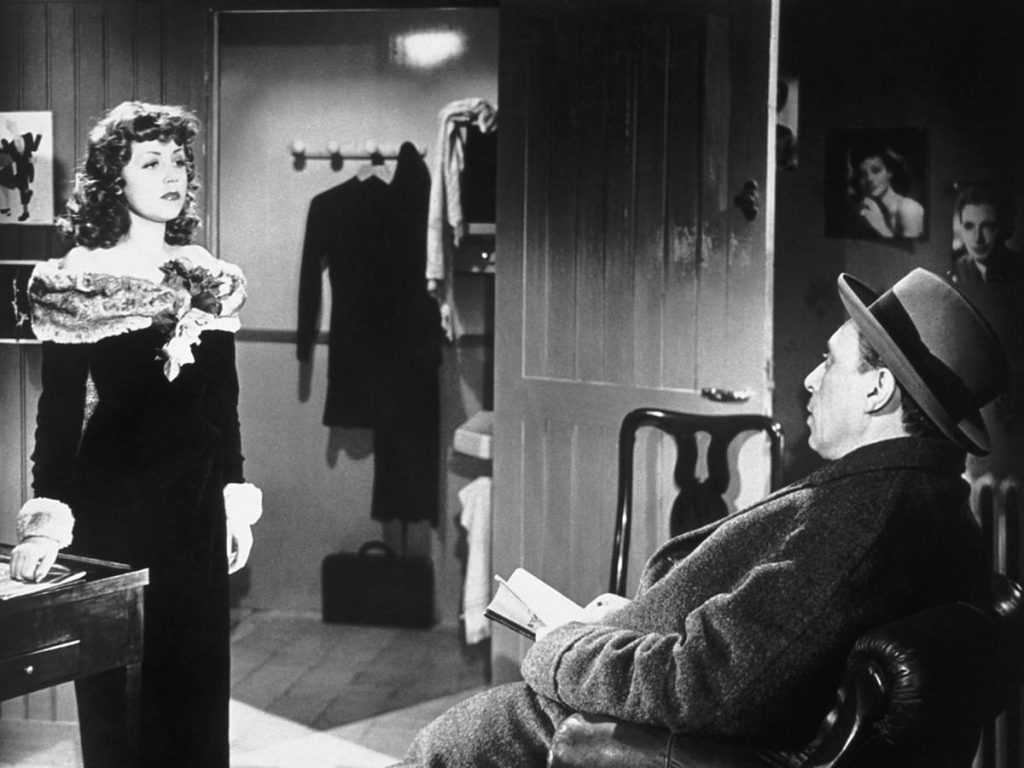 Naughty and overheated, the DCP 4K restoration of Henri-Georges Clouzot’s 1947 “Quai des Orfévres” is a sweet marvel of film noir. Bernard Blier (father of director Bertrand) plays Maurice, a mousy, balding pianist who lives in constant fear of cuckolding. His wife, who uses the stage name Jenny Lamour, and played by Suzy Delair, is simply vulgar and sweating in desperation to rise above her dirtied past.

Jenny clutches at any possible success, including posing for nude photos for her friend Dora (played by Simone Renant, whose quiet sophistication offsets Delair’s clutching grubbiness). In the nightclubs, older men seek her attention. She wants the roles, she wants the opportunities. (They might just want a little leg.) Clouzot is pitiless about the troubles the characters cause themselves: telling lies, making excuses and fabricating unnecessary alibis. All of the film’s many characters have incredibly dense lives, with complications arising from friendships, conflicts, desires, lies. The plot machinations, coming from the director of “Le Corbeau,” are a hall of mirrors, particularly after the appearance of the great Louis Jouvet as a cheerfully twisted Inspector. The exquisite noir lighting and location work suggest a kind of realism, which Clouzot constantly subverts with near-deranged expressionist elements. To watch Blier staggering down an alley in this film is to recognize the limits of color film. (The title refers to the street where the story’s police station and hive of interrogations is located.) (Ray Pride)