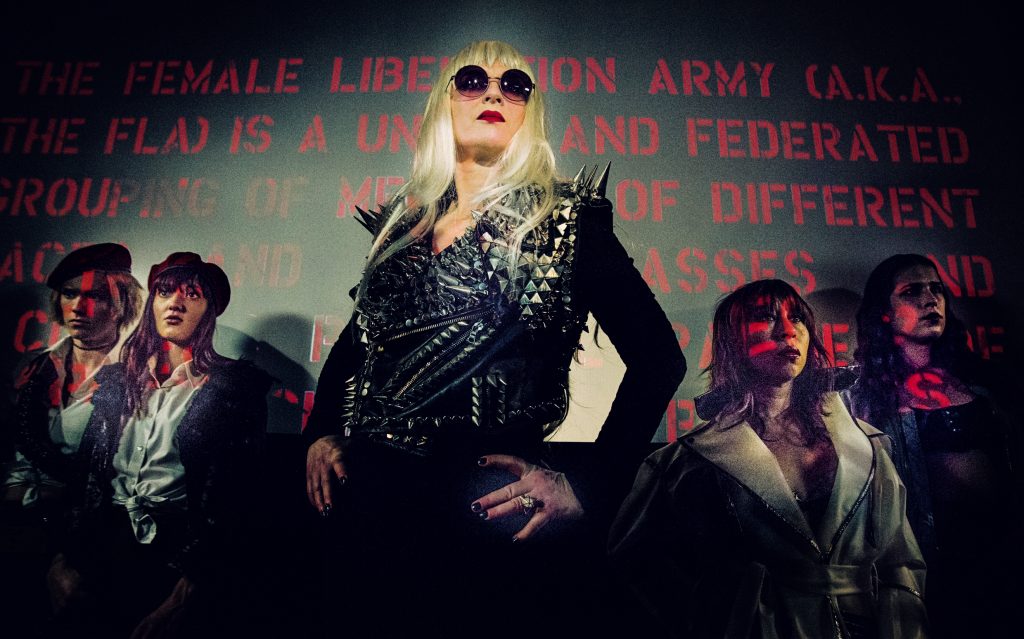 Canadian provocateur, queercore founder, filmmaker, writer, photographer and self-described “radical centrist” Bruce LaBruce is highly visible this season, with dips into sterling personal film criticism under the “Academy of the Underrated” rubric at the Talkhouse, stylized hardcore pornography shorts collected as “It Is Not The Pornographer Who Is Perverse…” and the theatrical release of revved-up exploitationer “The Misandrists.” Described as an extension of his 2005 “Raspberry Reich,” there’s much self-pleasure as self-parody in his blazingly outlandish satire set in 1999 at a German school for girls—read: radical feminists in a convent—who are to exterminate all men as well as punch at dogma of a far left stripe. There’s sex, as in other LaBruce work, and he does not care to resist the call of the salacious as the Female Liberation Army sets off in schoolgirl skirts to become “mistresses of our own destiny.” LaBruce has cited Ida Lupino’s “The Trouble With Angels” (1966) and the insertion of a wounded “leftist” soldier into the isolated lair of the avenging women recalls both the Siegel and Coppola versions of “The Beguiled,” of which he calls his film a “very loose remake.” Other movies in the blender: Robert Aldrich’s “The Dirty Dozen” (1967), Claude Chabrol’s “Les Biches” (1968) and Nagisa Oshima’s “In the Realm of the Senses” (1976). And there’s more than a little of LaBruce’s own touch with transgressive pornography at play. With Kita Updike, Susanne Sachsse, Kembra Pfahler, Caprice Crawford, Grete Gehrke. 91m. (Ray Pride)

“The Misandrists” opens July 6 at Facets.