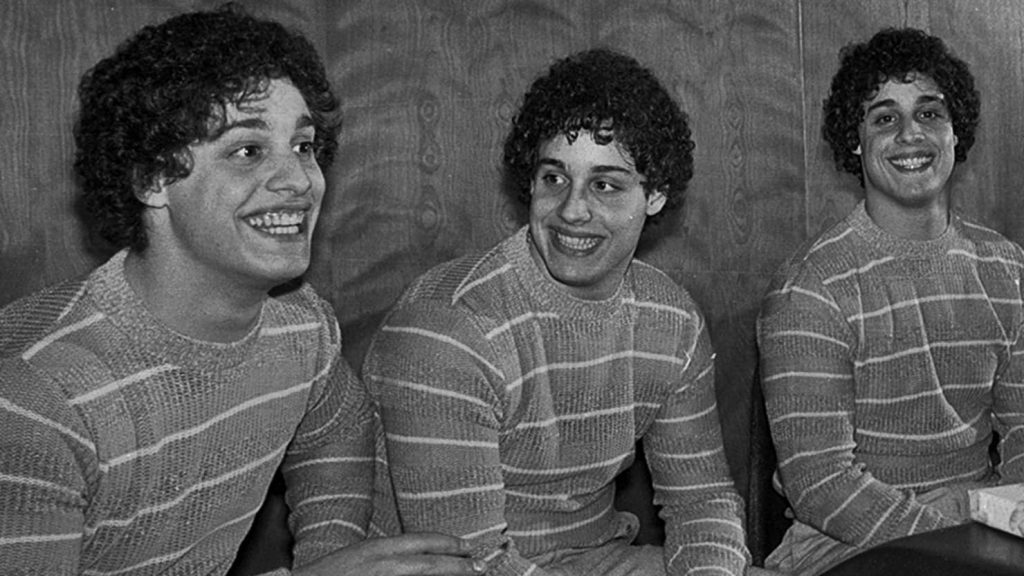 I never wade knee-deep into plot synopsis in reviews, but Tim Wardle’s “Three Identical Strangers” is a shock of a nonfiction narrative that I just want to talk about with someone who (like me) didn’t anticipate the storm to come. What’s behind science? Unpleasant things, often enough. Wardle shares the history of three identical triplets (Robert Shafran, David Kellman, Eddy Gallan) who were separated at birth and adopted by different families. Fame awaits after their reunion in 1980, but so do unexpected revelations. Wild documentary mini-series are a new staple diet of streaming services, but this compact telling of an unbelievable conspiracy packs undeniable punch on the big screen. There’s joy in the early going, as serendipity sets the three men, each raised by Jewish families in the New York City suburbs, toward reunion, but, as they must, complications ensue, which I’ll leave to the grateful, wide-eyed viewer. As one of the triplets observes of their findings about their lives: “This is, like, Nazi shit.” 96m. (Ray Pride)