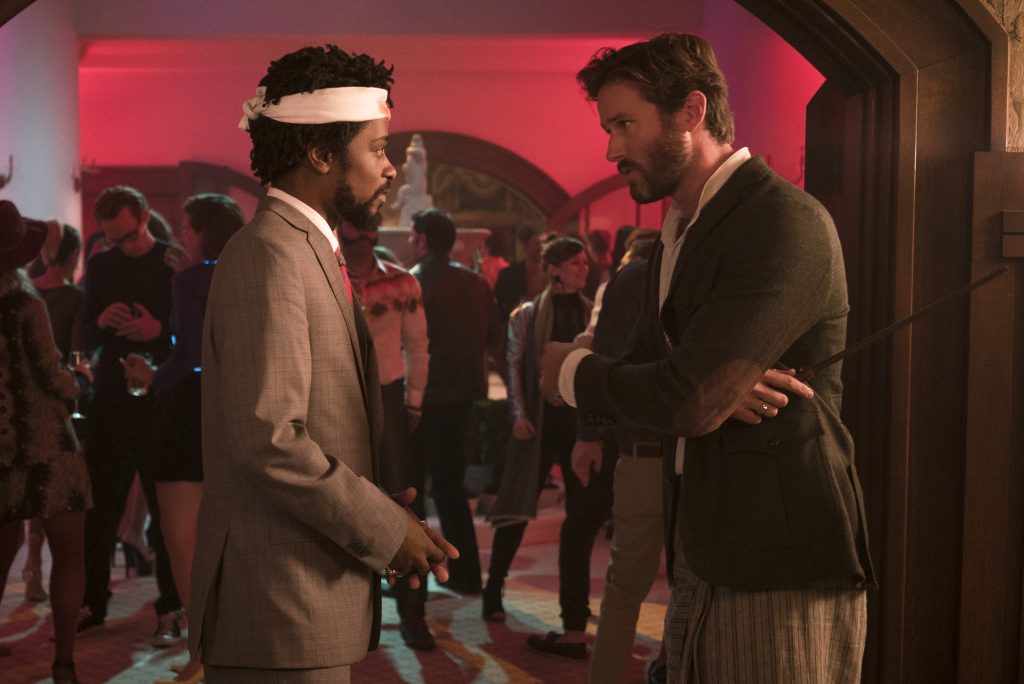 Best two-word review I’ve heard this year: “The fuck?” The woman walking from a packed Friday opening night show of Boots Riley’s rich fever scream of an activist workplace comedy, “Sorry to Bother You” prompted her companion: “The fuck,” he replied, as she nodded her head sagely. Grossing over $700,000 at only sixteen theaters on its first weekend, the bewilderingly lovely and madly ambitious “Sorry” steps up to shout issues loud to an eager and immense audience across this hot and troubling summer. The community organizer-rapper-writer-director’s supremely surreal first feature has arrived in the shit and takes on the biggest shit. Film historian and screenwriter Larry Gross observed on Twitter over the weekend, “Boots Riley’s ‘Sorry to Bother You’ and Paul Schrader’s ‘First Reformed’ both suggest that American society is facing insoluble political problems… though Riley’s film offers a stylized glimpse of what a solution might begin to look like.”

Set in a rendition of Oakland, California, not-quite down-and-out Cassius Green (Lakeith Stanfield) takes a job as a telemarketer, discovering “power calling,” a technique which opens his life up to an eye-popping, head-bursting alternate present-day reality of vigorous weirdness, dark doings and combustible comedy. Science fiction? And how. 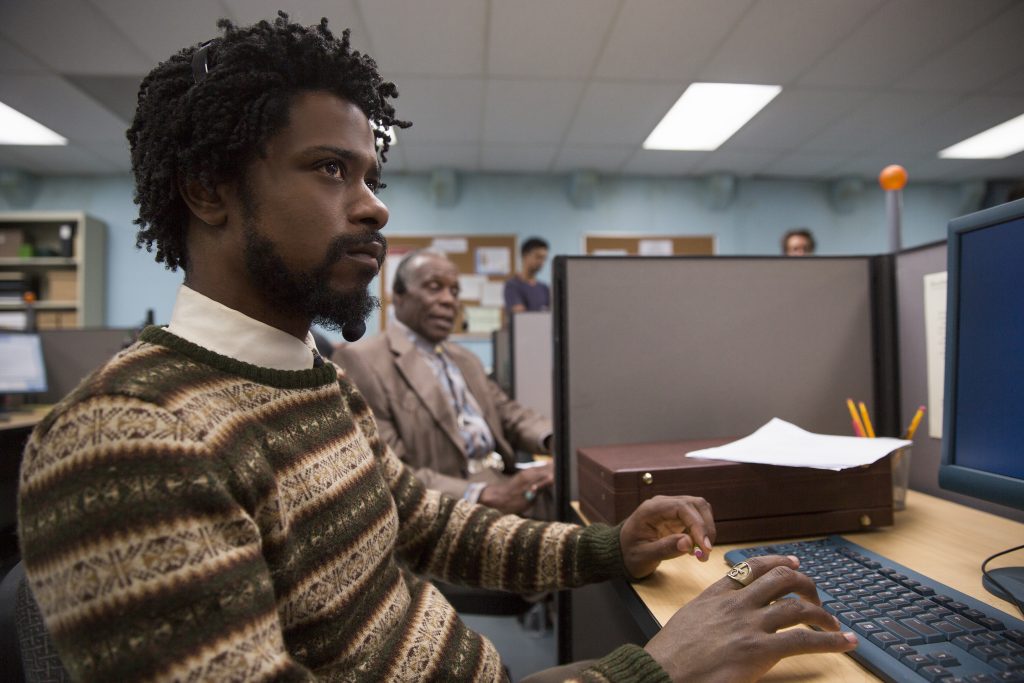 “All my views on capitalism are in this movie,” Riley has said. “I’m making a comment on how our system works, and how it changes us. I’m examining how we as humans are coerced into being more efficient.” In his acute, stinging, necessary vision, which ought to be seen to be disbelieved, the world (our world) is on fire, ablaze, and Riley’s freewheeling invention is vital and unstoppable. Jam-packed and riotously inventive, each detail (including a few off notes) should be there to discover, spoiler-free. Do not resist. The fuck, indeed. As Riley told Jayson Greene at Vulture, “I know that nobody knows what the fuck they are doing in art. Nobody. Might as well be me fucking shit up instead of them.” (To paraphrase the name of the employer: “WorryFree Macht Frei.”) With Armie Hammer, Omari Hardwick, Jermaine Fowler, Steven Yeun, Danny Glover and Terry Crews and the acutely deployed voices of Patton Oswalt, David Cross and Rosario Dawson. 105m. (Ray Pride)