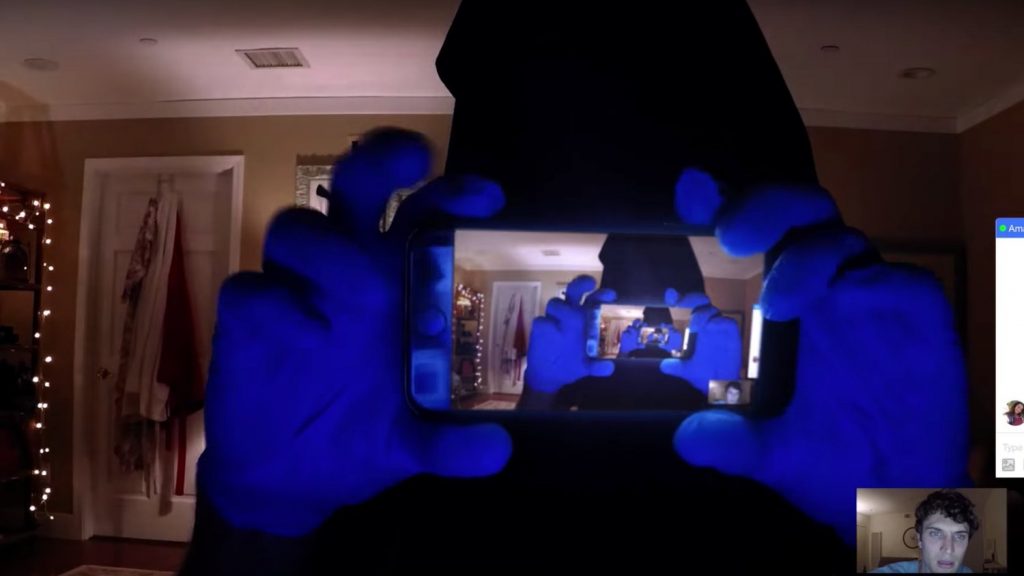 Angry and nonconciliatory, Stephen Susco’s superbly focused “Unfriended: Dark Web” arrives in the marketplace with key taglines: “The most evil film Blumhouse has ever made” and “Death wants some face time.” (The film is released under the BH TILT label.) I won’t call the movie evil, but it’s wholeheartedly malicious, with imagery in its quest for unserved riches and simple survival that evokes the 1970s urban legend of “snuff” films in a contemporary setting, and bears a certain “Salò” tang about death coming for those who give up control to others in a society that demands it of them. I like it as a parable that asks, if you have fascists in the garden, why did you think they were flowers? And why do you continue to nurture them?

[Trailer contains disturbing images as well as content that may be considered spoilers.]

Like “The First Purge” two weeks ago, “Unfriended” is casual with banter about shitty politics and shittier money in the modern world, with Bitcoin and Ethereum and dark-data demon Cambridge Analytica among the name-drops for verisimilitude in the deadly online antics as well as bursts of tart cynicism. Like the 2015 installment, “Deep Web” stays within the boundary of a laptop desktop (except for a single pullback filled with screams that is a cold cackle). Rules are set, rules are broken, stakes accelerate. Commonplace notifications from true-to-virtual-life apps drop dread down the screen. The coldest may be a suggestion about trepanning, which would be the internet getting into your head physically, instead of just a virtual mindfuck medium that tempts with its identities, false and true, and charms and harms that do you short of death. Susco keeps the worst offscreen, per horror tradition, which with jacked-up sounds is always more alarming. To these ears, Susco does it just right, making the awful happenings both twangy as well as the stuff of delayed nightmares. 83m. (Ray Pride)