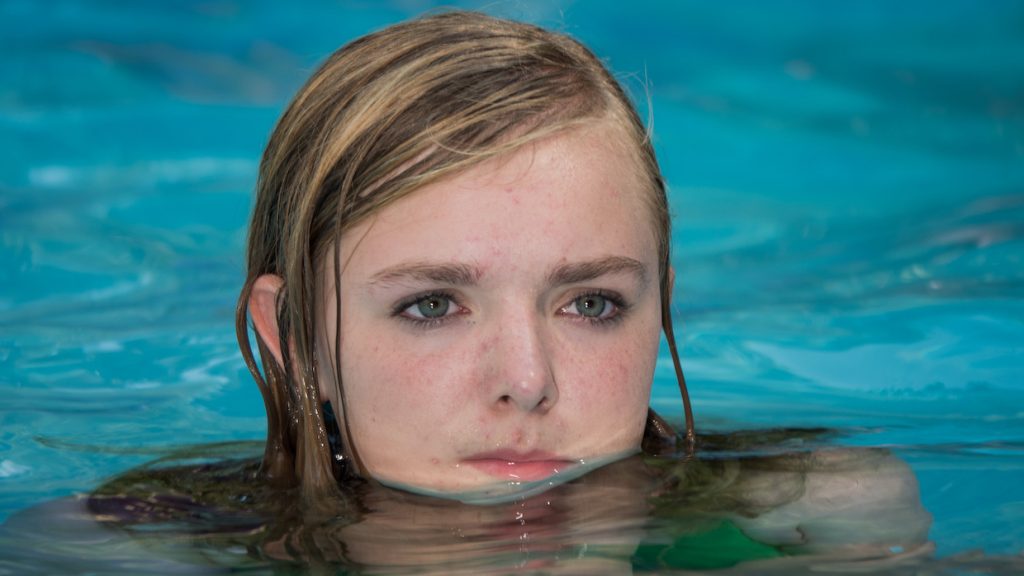 In “Eighth Grade,” twenty-seven-year-old writer-director Bo Burnham’s feature debut, a plainspoken, thrilling thundercrack of empathy as well as glittering anxiety bomb, we meet Kayla, a plenty ordinary, plenty nervous thirteen-year-old. It’s the last week of eighth grade, with preparations in motion for freshman year. Elsie Fisher’s radiant ordinariness centers the movie, which is bookended with her character’s video diaries, in digital zooms, the first zooming into her face, in direct address to camera, the latter zooming out. The image is noisy with messy pixels and artifacts, but once we enter the bedroom where Kayla compulsively attempts to construct a social media presence, the cinematography by DePaul grad Andrew Wehde is a bold light of quietly gorgeous melancholy alongside enveloping, even swamping songs and sounds, including the electronic score by Anna Meredith (her first). Meredith’s music is as drenching and as performative of the protagonist’s emotions as Jon Brion’s for “Punch-Drunk Love.”

Kayla’s affirmation at the start—“Being yourself is not changing yourself to impress somebody else”—is both covert thesis for Burnham and one of many notes to self she provides herself. She’s given to list-making, the wall of her room layered with multiple seasons of multicolored Post-its. Meredith’s insurgent electronic sound captures moments that are panic attack and blood pounding at the temples, while also being gorgeous and overwhelming. Burnham’s visual style is assured but never cocksure: that first shot of the young blonde’s round face sets the template for fashioning other elemental frames, a panoply of subjectivities and, in effect, a succession of hugs. (Still, near the end, there is a sublime, pirouetting tracking shot in a hallway, down the line of eighth-grade graduates, that exhilaratingly inscribes Kayla’s first great burst into future adulthood, into Kayla-hood.)

“Eighth Grade” is a microcosm of Fisher’s face while also a brightly colored cauldron of essential identity formation under torrential stress. The filmmaking has Romanian simplicity: Face, shoulders, moving forward, plodding forward. Kayla’s expressions are often stunned but electric, tremulous features that come quickly to life: blushing, fearful eyes and an alienated “huh?” when she’s half-listening, always half-a-beat behind. Her defeated body language in a deadly green swimsuit at a backyard swim party fairly shouts, but Burnham delivers shivery, small, quiet images, too, like a splinter of a smacked, cracked phone screen drawing a flawless pinprick of blood from Kayla’s thumb.

“The majority of the people on the internet are people expressing themselves and not being heard,” the twenty-seven-year-old comedian-YouTube performer-turned-director told Rolling Stone. “The internet is a really beautiful place with so much raw emotion. It isn’t just a bunch of losers that you can make fun of. It’s not all ‘Idiocracy’ and Trump, or just some hellish satirical wasteland.” The confidence to rely on a tactile succession of calibrated panic attacks with no behaviors that go beyond Kayla’s understanding of the world and emotions and life at her fragile age is brave, sometimes electric, and not banal in the least. With Josh Hamilton, Emily Robinson, Jake Ryan. 93m. (Ray Pride)