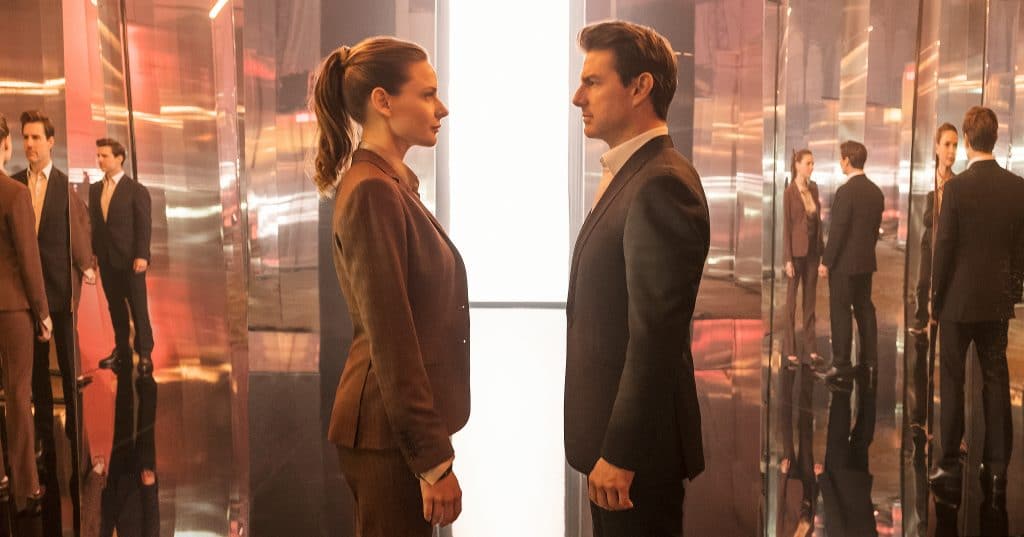 Christopher McQuarrie’s masterful rush of action “Mission: Impossible—Fallout” is built upon a gargantuan budget, yet beauty lies in the smallest details, the precision and coordination of the baroque action scenes spatially coherent to a fault. The eye is jolted and soothed. “Fallout” is classical-adjacent in its agitated serenity, as in movies made by past studio hands like John Sturges and Don Siegel. The scale and its bonkers bravura, combined with the concentrated screenwriting savvy, feels like “Fallout” could be the last action blockbuster (unless the great, unpretentious John McTiernan were to somehow materialize from exile). Every patch of the widescreen frame is sketched in with extravagant yet confident professionalism with stuntwork presented as being in a real world instead of gussied with animated terabytes dispatched from overseas computer-animated farms. Generously deployed settings suggest each major scene could be a film of its own, with an eye-popping range of discretely different visual styles. For instance, there is a club scene with two distinct sets that are not unpretentious glories of production design, and there is an economy in chases along Parisian streets that shoulder on premier pop Parisian Jean-Pierre Melville’s cool and coolness. An entire crew brings the beauty of the light and color palettes and camera movement, but the addition of cinematographer Rob Hardy elevates the enterprise. (Hardy’s credits include “Annihilation,” “Ex Machina” and “Boy A.”)

There is story, of course; characters and conflicts are drawn from previous entries and daubed with droll economy; the banter is wry and sly with exposition and there are Tom Cruise’s customary issues and concerns. (Cruise is the job of work, after all). There is even modest acknowledgement that the long-running, ever-running movie star is a fifty-six-year-old man. What’s impressive and even rollicking about “Fallout” is the satisfaction of a film where the camera is in the right place, information belongs where it belongs, reversals reverse, needling dialogue needles nicely. The boinggggg of the extended pre-credits scene alone more honors the good and diverting moments of earlier implausible missions. “Tom has a very distinct sense of what ‘Mission’ is. He has a very distinct sense of what ‘Mission’ isn’t. And Tom communicates in emotional terms,” McQuarrie told fellow screenwriter John August on the “Scriptnotes” podcast. “He’s not a guy who comes in and says, no, you have to do this in a ‘Mission: Impossible‘ movie. In fact, the only thing you have to do in a ‘Mission: Impossible’ movie is Tom has to get a mission somewhere in the beginning of the movie. That trope is kind of the thing that differentiates ‘Mission: Impossible.’ That’s really his only rule.” 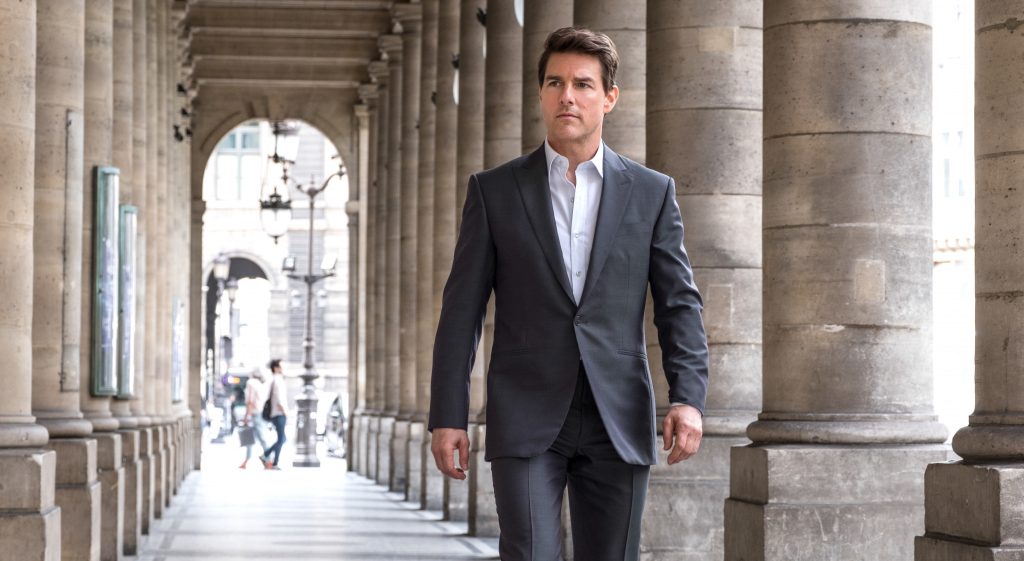 McQuarrie’s mission is entertainment that’s fleet but not brusque. Taking note of the Blu-ray release of Don Siegel’s “Charley Varrick” on Twitter last week, MoMA Film archivist Dave Kehr tweeted, “The [1970s] were full of little marvels like this that I’m afraid we took for granted. Now they seem like unattainable ideals. I’m resigned to the fact that there are no more Fords or Murnaus, but where are our Don Siegels?” and later, “It’s not that we need another Don Siegel, we need a level of production that supports talents like his—something between blockbusters and indies.” Once preposterous premises are accepted, and Cruise’s persona of Christ-like sacrifice at the center of the enterprise, human gestures sail and sing. Chris McQuarrie, adroit cinephile, scribbler-turned-director, top talent, has made, well, some kind of generous action movie masterpiece, and a subversively good one. Don Siegel might like it, especially the restless, ruthless editing. 148m. Reviewed in IMAX. (Ray Pride)

“Mission: Impossible—Fallout” is now playing in large and larger formats.