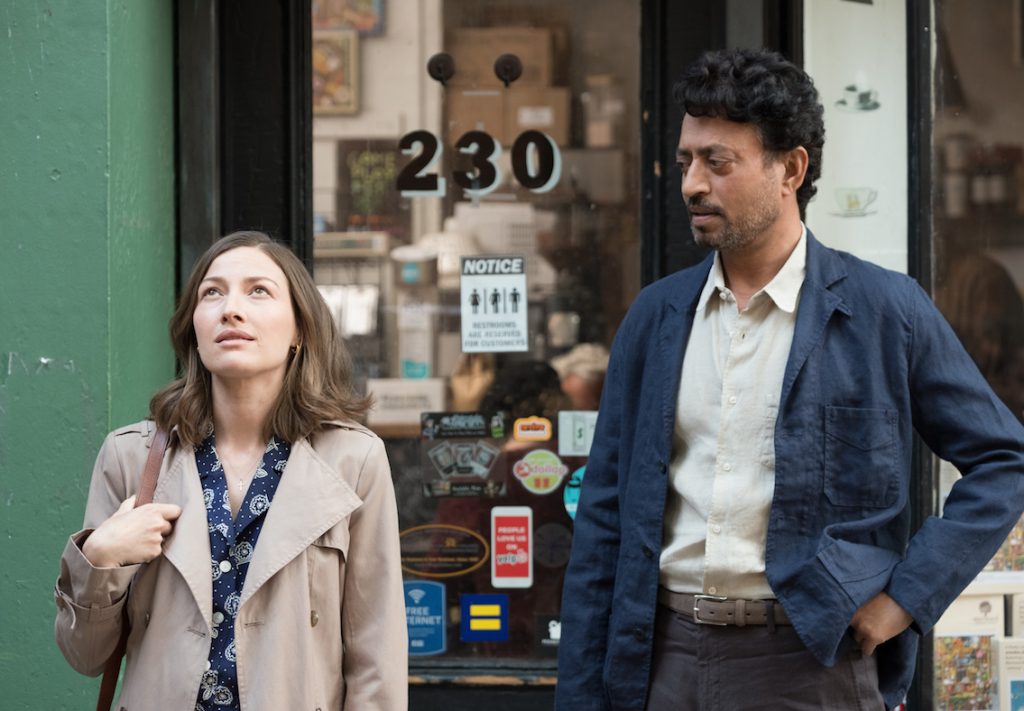 A suburban mother’s fixation on jigsaw puzzles suddenly changes her life in a movie called “Puzzle”? With a title like that, you pray for a good trailer and a better movie that’s not a literal-minded feature-length affirmation for the semi-retiree matinee crowd. But when you find out that it’s based on an Argentinian comedy called “Rompecabezas”—literal translation “Head Breakers”—and the prolific writer-director-producer Owen Moverman (“Time Out of Mind,” “Love & Mercy,” “I’m Not There,” “The Messenger”) shares co-adaptation credit and it stars the ineffably present Kelly Macdonald (“T2 Trainspotting,” “No Country For Old Men”)? Better. Even with lines that latch together like… puzzle pieces, like “Life is random, but when you finish a puzzle you know you’ve made all the right choices.” As Agnes Mata Oros, a woman over forty who has only ever lived her life through the men around her in a Connecticut Catholic immigrant community—husband, sons, father—Macdonald wells with unfinished life, unspent emotion, the most elemental kind of screen presence: you can’t take your eyes off her even when the frame is shared with other actors, including fount of charm Irrfan Khan (“Life of Pi,” “The Lunchbox,” “Slumdog Millionaire”), playing a wealthy mentor who entices her onto the road for an unlikely world puzzle-solving championship. That’s all scaffolding, though: “Puzzle” is a superstructure for fearsomely fraught emotion, captured in simple gestures and a single face: Macdonald’s. It might as well be a silent movie: just look. Look at her face. Think Jill Clayburgh in “An Unmarried Woman”; think Kelly Macdonald in “Puzzle.” 103m. (Ray Pride)