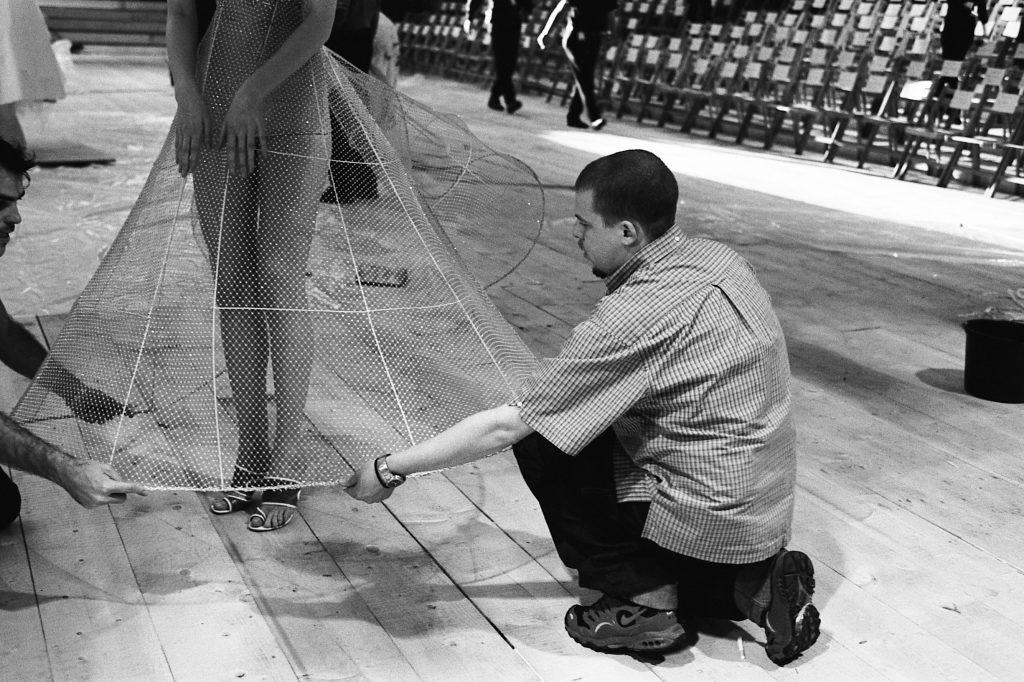 Ian Bonhôte and Peter Ettedgui’s narcotically beautiful “McQueen” is appropriately silken and seductive as it patches the fertile output with the febrile mind of the late British fashion designer Alexander McQueen. The filmmakers see the art, the hand that made the art, the joker, the trickster, the savant of beauty, sage of shock, while making time in its chronological form for the toxic travails McQueen immersed himself in outside creative hours. How were the two sides of his life linked? The filmmakers do not fuss the psychoanalysis of “genius.” He simply sets off to cut substantial lengths and display them with jubilant attentiveness, and that’s not limited to generous runs of runway shows. (There’s a demon in the details.) “McQueen,” festooned with the man’s beloved skull motifs, is a wicked celebration, ultimately gutting, that would surely have suited Lee Alexander McQueen himself, the working-class kid and transcendence seeker alike. The sensational score is by Michael Nyman, who had collaborated with McQueen on his shows. 111m. (Ray Pride)