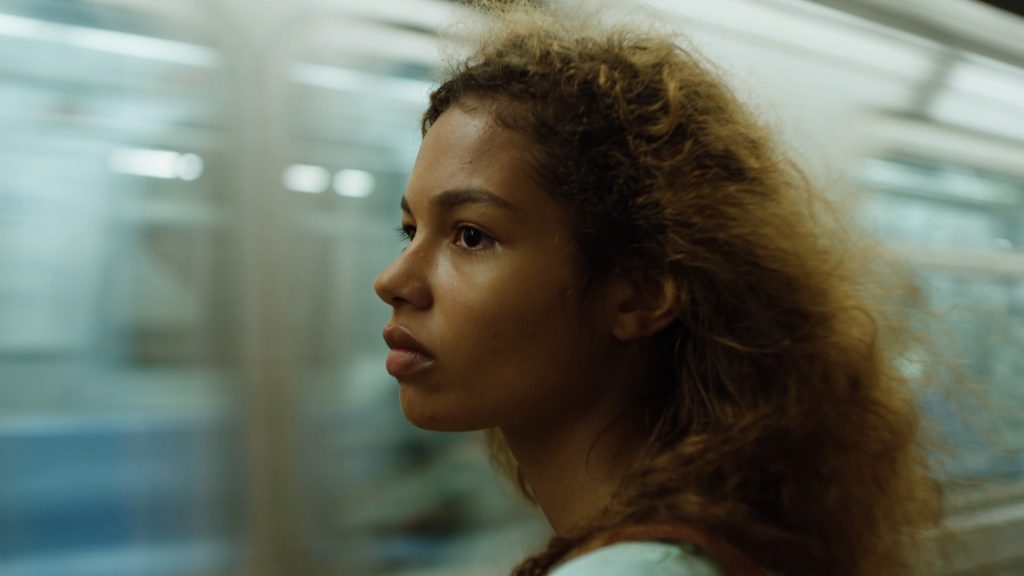 Ecstasy is present. Writer-director Josephine Decker’s “Madeline’s Madeline” features an actor, an actor acting out, an actor Decker discovered and then created a hothouse setting and rollicking role for. The narrative feature film form doesn’t hallucinate often enough: lucid, rational lasting consistent awareness isn’t the stuff of anyone’s sum of perception. Movies are most indelible in instants where they short-circuit, where the story or more likely, the actor indicated some kind of surrealist synaptic freak-out: fragrant, absurdly authentic instants sometimes passed in a single facial expression or even a turn of wrist. No room here to catalog movies that are freak-outs from start to finish, gonzo, nutso, lyrical, like the body of Nathan Silver’s work, like Andrew Bujalski’s “Computer Chess” and certainly, now, Decker’s third film. “Madeline’s Madeline” is driven by the ineffaceable, expressionist central performance by twenty-year-old Helena Howard as a young actress cast in a New York City immersive, improvisational theater troupe’s experimental piece by an intent director (Molly Parker) who will draw on the life of the girl as well as her mother (Miranda July), to bold result. Art about making art is made and unmade. (Think a kaleidoscopic, bite-sized variation on the acreage of theater-company rehearsals in Jacques Rivette’s “Out 1.”) The hall of mirrors refracts; the world turns, the world burns, and the results are obtuse, open-faced, freeing, thrilling, so damnably lovely. Is this life? Yes, it is. Is this a masterpiece? Yes, I think so. 94m. (Ray Pride)