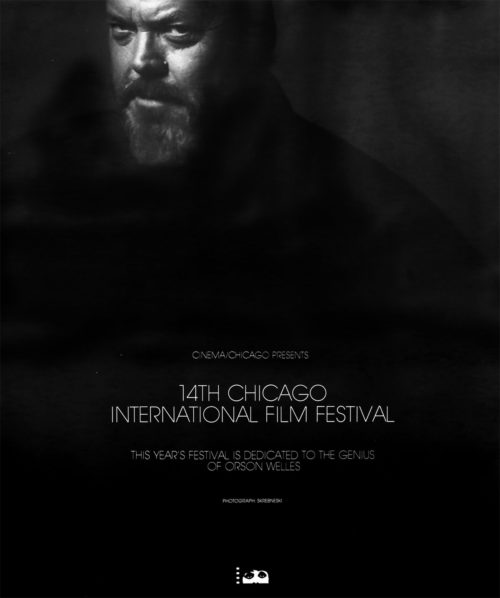 The Chicago International Children’s Film Festival
(November 1-9)
Observing its thirty-fifth anniversary in 2018, CICFF has been one of the key festivals to put Chicago on the world festival map. Under the Facets Multimedia banner, it is today the oldest and largest festival of films for kids in North America and the first Academy Award-qualifying children’s film festival in the world (with a track record of thirty-three nominations and eight Oscar wins). Under programming director Ann Vikstrom, the festival continues to make Chicago a global destination for films for children, inspiring a surge in festivals dedicated to films for children across the world.

The Chicago International Film Festival
(October 10-21)
The longest-running international competitive film festival in North America turns fifty-four years old, marking the first edition since its founding in 1964 with Michael Kutza not under the title of artistic director. (Kutza will step down by the end of 2018 after reigning longer than any other film festival artistic director, taking on the title of Emeritus CEO.) The annual event has taken on a distinctly new flavor under the guidance of its next generation, including artistic director Mimi Plauché, managing director Vivian Teng and programmer Anthony Kaufman.

“The Other Side of the Wind”
(Festivals; Netflix November 2)
The latest (but not last) of Orson Welles’ unfinished pictures to be completed, which he began in 1970 and shot, reshot, cut and edited until his death in 1985 after seventy well-lived years, debuted at the Venice Film Festival on August 31. Word from early viewers starts at ecstatic and jumps high from there. Rumors persist that Netflix may have theatrical showings after the film begins streaming, alongside “They’ll Love Me When I’m Dead,” Morgan Neville’s documentary on the project’s mad, maddening history, edited by Chicago’s Aaron Wickenden.