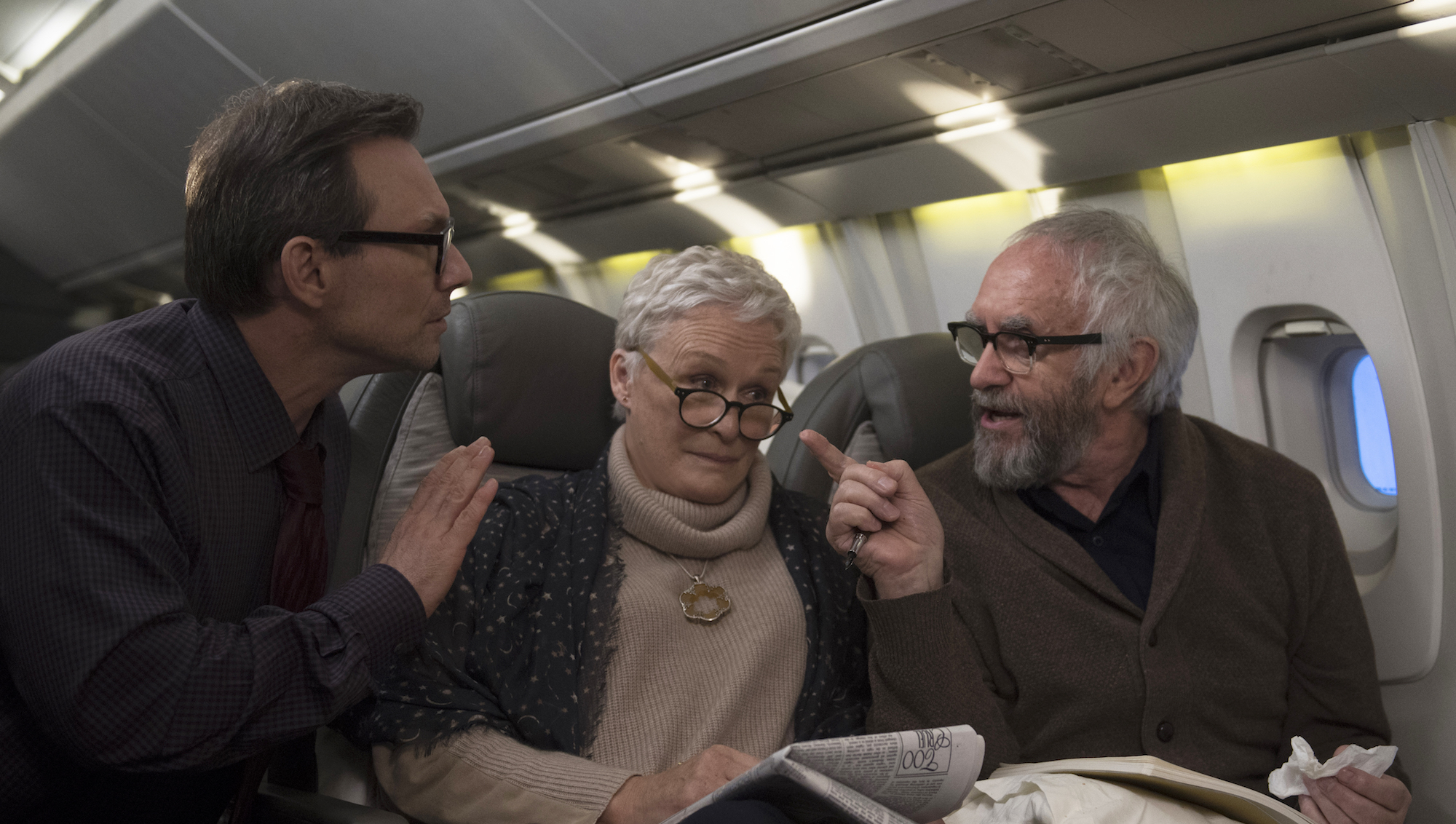 A truer story of how a wife and husband decide that one will become a driving force to the work of the other, visible largely in name on dedication pages, would make fantastic nonfiction: how a mate stood beside the other through fortunes and fate, drafts and the hidden role as amanuensis or even active collaborator. There are a handful of stories about the essential role Robert Stone’s wife, Janice, played at the forge behind the reams of words he produced in a long and sometimes great career. But at hand: Meg Wolitzer had a go at such a subject in her novel, “The Wife,” and the adaptation by Jane Anderson (“How to Make an American Quilt”) for Björn Runge’s film tickles at deeper issues while providing a platform for detailed performances by Glenn Close and Jonathan Pryce as longstanding couple, Joan and Joe Castleman. Pryce once more shoulders on the figure of a Philip Roth-like “Great American Novelist,” as in Alex Ross Perry’s “Listen Up Philip,” who, in this instance, is awarded the 1992 Nobel Prize for Literature (which in real life was the prize of Derek Walcott). The fissures and fractures and fondness of a marriage trailing back to 1958 all come to the fore, as does Joan’s world-weariness at maintaining the role of “the wife.” As a Swedish film, there is a calm in settings and décor you would expect, and Close and Pryce take care not to destroy the scenery in their compelling exertions. Tight spaces lead, late, to explosive confrontation. Christian Slater is also nifty as a journalist with his own aims who is on the same Concorde flight from America with the Castlemans. (A diverting side note: Runge has worked with cinematographer Ulf Brantås for over thirty years, as well as with his editor, Lena Runge, his wife.) With Max Irons, Harry Lloyd, Annie Starke, Elizabeth McGovern. (Ray Pride)

“The Wife” is now playing at River East, Landmark Century and Century Evanston.