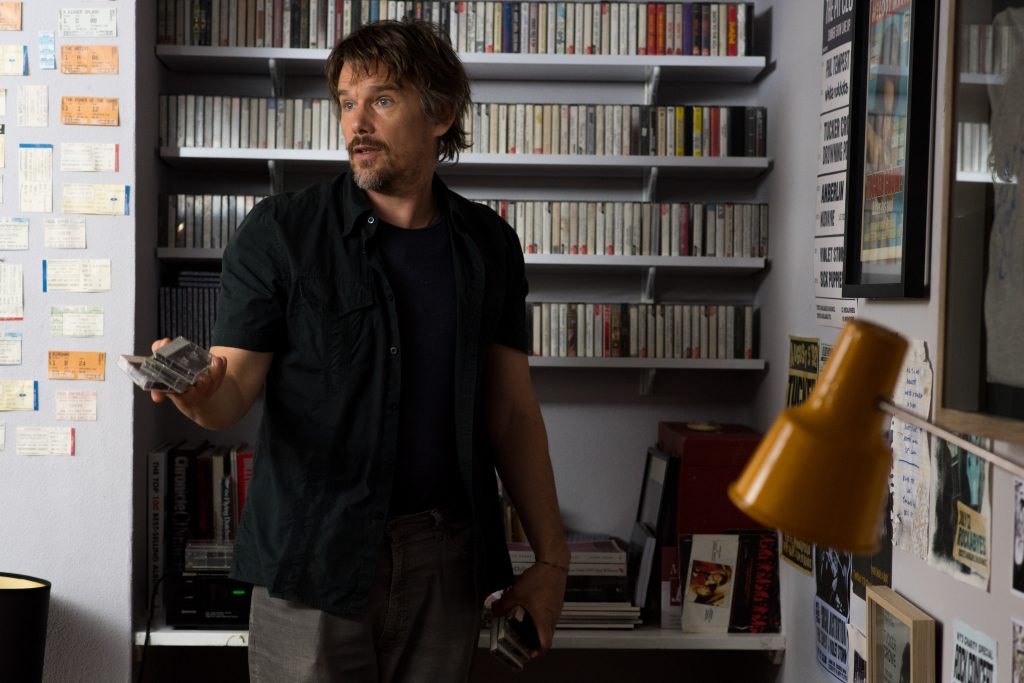 “Juliet, Naked,” a modest but pleasing slice of whimsy and contrivance, glides on the charm of its actors—Ethan Hawke, Rose Byrne, Chris O’Dowd—but feels caught in a tangle of eras: the comedy has the familiar feel of archetypal 1990s Amerindie Sundance style, but it’s set in what seems the modern day. It’s drawn from a 2009 Nick Hornby novel, adapted by Evgenia Peretz (“Our Idiot Brother”), Tamara Jenkins (“The Savages”) and Jim Taylor (“Election,” “Sideways”), and some residual rhyme-out-of-time may have come from there, too.In an English seaside town, Duncan (Chris O’Dowd) cultivates a sad obsession with an obscure, now-reclusive rock musician, Tucker Crowe (Ethan Hawke), as well as an even sadder website to his work. His loyal but annoyed wife of fifteen years, Annie (Rose Byrne), tolerates his fixation. Duncan finds, and raves, about a demo version he receives of Tucker’s album, “Juliet,” which inspires Annie to write a contrary review saying how shitty it is. Tucker’s interest is piqued, and he eventually makes the journey to the town where a highly unlikely romantic roundelay ensues. (There’s a boatload of narration and epistolary voiceover.) It’s no “High Fidelity,” nope, but it’s bantery and the swearing is pleasingly sweary in multiple accents, and all three enjoy the broad comic performance style. Jesse Peretz, a founding member of The Lemonheads, is having a very good time. 98m. (Ray Pride)