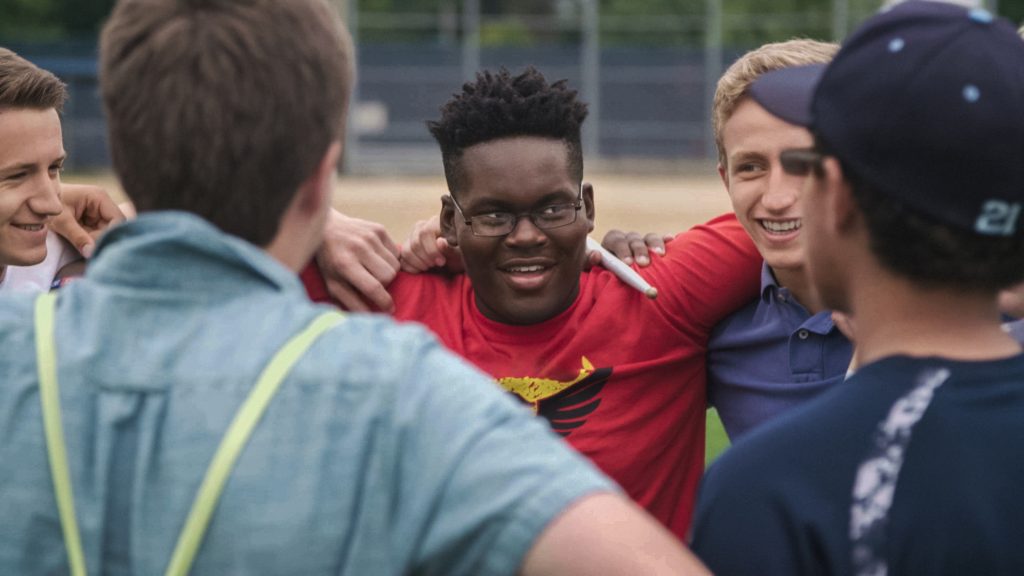 In its second chapter, the dense, vital “America to Me” attains velocity. About seventy minutes into the series, which is essentially a panoramic 750-minute film, the traditional pattern of intercutting ruptures. There are a dozen students whose year stocks this warehouse of incident and attitude, of discrimination and determination. This edifice. These 3,400 students. This forge, this cauldron. This institution. This school. These lives: Oak Park River Forest High, twelve students, yes, but also family, teachers, coaches and school administrators.

Scene: A former student is introduced. She’s the mother of a child who now attends OPRF. She hasn’t been back to the school since she was wrongfully ejected. She attests to that incident, powerfully, in the dimmed hallway where it took place decades earlier. Her story involves an elevator and a cruel rule, and the sequence ends with a cinematic gesture that made me gasp. There is a bell. A door opens. There is light beyond the deserted, darkened corridor. She descends in that elevator in sorrowful, silent triumph.

Another: a young man says he has the assets but not the urge to become a successful athlete. Shot: he stands to the left in medium long shot and behind him, a Green Line train passes atop the wall that walls the school from the city. Cut: he stands in the same position in a medium shot while the wall stands, the train courses. Cut: from inside the train from no particular view of anyone but us, we glimpse the green field, and it moves away. These three shots pearled together last no more than eight seconds and yet they are as dense (and jaunty) as twenty-five pages of John Dos Passos’ hardly dusty 1930s “U.S.A.” trilogy. 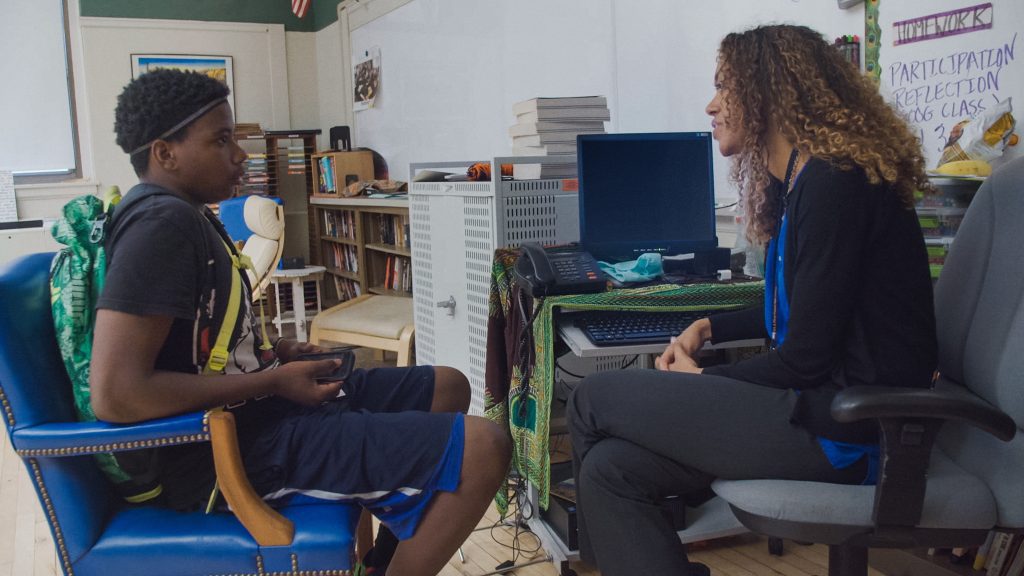 Another: the second chapter returns to an accomplished, driven teen, Kendale, who is determined to achieve in music and athletics. It’s 5am. Chicago azure rises from shadow and dark and the camera tracks him as he runs. The digital capture is splendid, concerted majesty of that idiosyncratic, characteristic, splendid light a second or five into some manner of gloaming. We hear him speak his fear in voiceover. The content of the shot, beneath the light, is ordinary. As he jogs, jogs left, in the second floor of one of the houses, a light snaps on in the window and the shot abruptly ends: this gorgeous commonplace suggests the potential for good? For greatness? For failure?

“This is one of my favorite scenes,” co-editor David E. Simpson says, “in part due to gorgeous, atmospheric photography by Kevin Shaw. The scene felt like a natural ending for episode two. But at an early rough-cut screening, several people [said] that the show should have culminated with the homecoming dance, that the run was anticlimactic. Steve [James] and I felt strongly that it would and should work. This is the episode where Kendale and his dreams of being a varsity starter are introduced…We liked the reminder of that stake, and the loneliness of that battle juxtaposed with Grant’s victorious moment at the dance. We struggled with the scene, trying to boost its meaning by layering in Kendale’s voiceover as a kind of self-pep talk. It finally came together with the addition of a brilliant piece of music by Joshua Abrams.”

This passage is the most beautiful thing I have seen in any film this year: prose that then in an illuminating visual instant, with a ripple of music, speaks of the perseverance of hope and the fates looking down silently. The image is literally luminous: it is light from above. A new day begins. (We share each day as we wake.) Someone happened to flip a switch as the crew and the jogger passed by. Another of so, so many choices that are understated, elegant coups de foudre, slaps to the face, heartbeats slipped. Documentaries don’t have to look like trash. They don’t have to follow reality-TV aesthetic. They don’t have to be constructed in familiar molecules, as in edit-suite monsters like “The Apprentice.” They can be cinematic. “America to Me” is cinematic tapestry.

There is more incident, more conflict, more heart, much more of everything in the eight-and-a-half hours yet to be broadcast; the series rockets forward under the sure, confident hands of one director (Steve James); three additional, young segment directors who each followed their own set of characters, Chinese-American Bing Liu, African-American Kevin Shaw and Rebecca Parrish; and three key editors (James, Leslie Simmer, David E. Simpson). Among the revelations of “America To Me” is, again, for Kartemquin Films, a bristling marvel of a score by Josh Abrams. He watches the moment; he anticipates the future, the possibility of change, the possibility of tragedy, and so many grades of emotion. His score is stealth: patient, suggestive, surprising, the rumble before summer lightning. (Ray Pride)

For viewing options, visit the Starz website here. Ray Pride’s March profile of the making of the film is here.