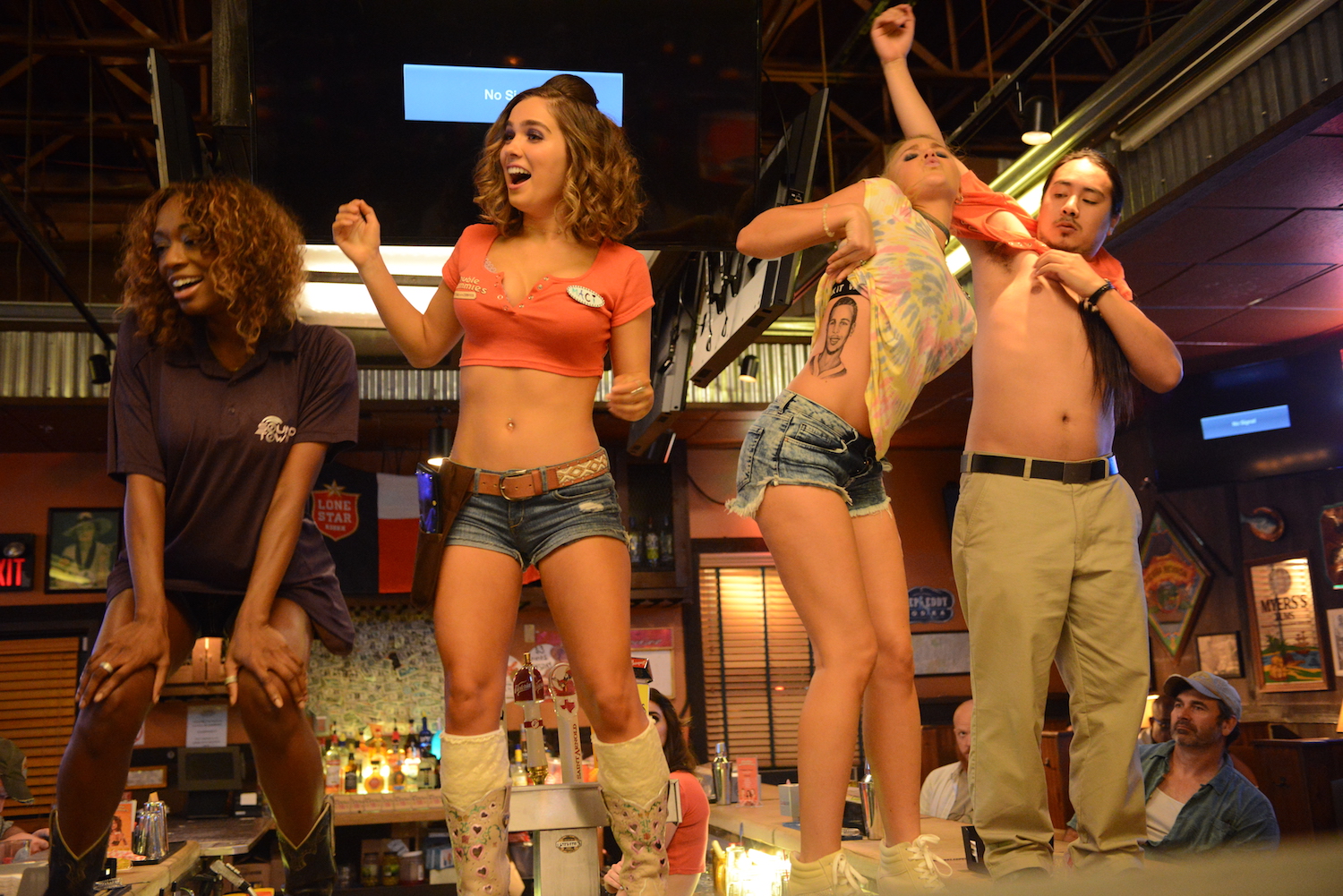 What a great movie! AUDIENCE, WHERE ARE YOU? Andrew Bujalski’s master comedy “Support the Girls,” is told across a single day, teeming with empathy, wry humor and an uncommon awareness of the lives many Americans lead despite working at jobs they hate. Here, it’s the daily grind behind the scenes of Double Whammies, a Texas restaurant that’s a few steps sleazier than Hooters. (Bujalski’s concerns with class and cash and sexism and racism are timeless, but “Support the Girls” is unexpectedly timely with recent reports of cratering fortunes to Hooters’ brand.) Bujalski isn’t after overarching statements about sexism and race, he’s after something richer: comedy from social realism blessed with dialogue that is both funny and thrillingly authentic. “It’s mostly a movie about shitty jobs, and how race and sex make them shittier,” an admiring colleague of Bujalski’s told me, “a great film about grinding away at crap jobs in the underpopulated strip mall expanse we mostly speed past on the highway. It’s about friendship and not going crazy.” Even more out there and up there was a lavish tweet from the New Yorker’s Richard Brody: “Andrew Bujalski—one of the main creators of the modern cinema—obstinately and probingly films money, rules, laws, businesses and their inescapably personal power; he’s an institutional analyst and a romantic realist, and his style reflects thinking as caring, ideas as passions and vice versa.” (I can relate!) The actors, led by Regina Hall as the general manager of the “sports bar with curves,” are tip-top pitch-perfect, including Haley Lu Richardson, Shayna McHayle, James Le Gros, Dylan Gelula, AJ Michalka, Brooklyn Decker, Jana Kramer, John Elvis and Lea DeLaria. 91m. (Ray Pride)

“Support the Girls” did not open theatrically on the north side of Chicago, but is showing at the Harper Theatre, and is on video-on-demand.