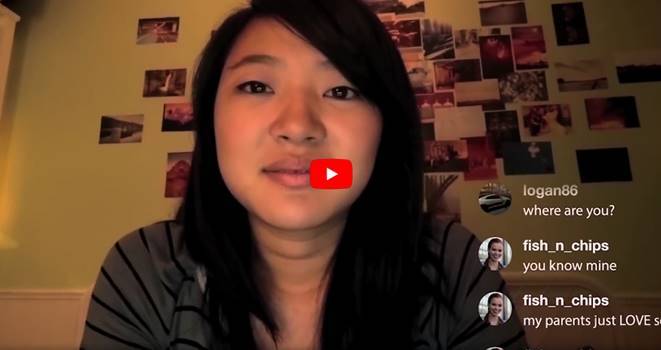 Producer-director Timur Bekmambetov demonstrated uncommon invention with action sequences and special effects in movies like 2008’s “Wanted” and 2004’s “Night Watch,” but his recent output has been as producer of a genre of movies that toy elaborately from an apparent gimmick: a potentially violent world that lives inside and just beyond your laptop. The second, “Unfriended,” another Bekmambetov production, made violent play of the conceit. The Russian-Kazakh director calls the approach, “screen-life,” and while its novelty will wear away, Aneesh Chaganty’s brutally paced “Searching” (a neat pun) is rich with topical suspense, as John Cho seeks clues to his sixteen-year-old daughter’s disappearance via digital traces on her laptop. “The notion occurred to Bekmambetov in 2012 during a Skype conversation with his producing partner,” the “Searching” press kit relates. “His colleague forgot to turn off screen sharing. Bekmambetov saw him search the Internet, send messages on Facebook, place orders on Amazon. At that moment, he glimpsed into his friend’s inner life, his motivations, his concerns in real time, merely based on what windows were open, the way he moved his cursor, the choices he made and the manner in which he typed. A text message, from the typing to the back spacing to the decision to send or delete revealed a kaleidoscope of emotions and all in a singularly visual way.” Part of what makes the handful of movies in this genre work well is the furiously intricate editing, and that is key to how “Searching” functions. (All these inner worlds so close to home.) In five years, these movies may be incompressible or simply dated, but for now, they crackle. “Searching” is a stinging thriller, with a residue of paranoia about one’s own footsteps caught in digital amber. With Debra Messing, Joseph Lee, Michelle La. 101m. (Ray Pride)