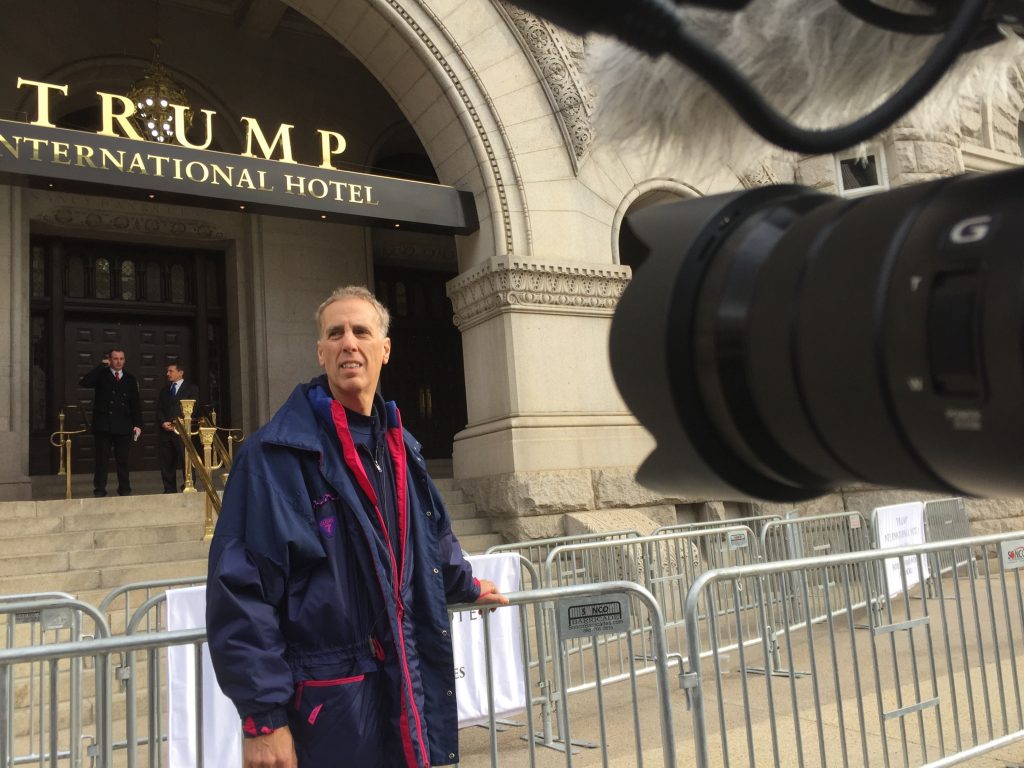 The dull, dated “American Chaos,” produced, directed by and starring James D. Stern, earnestly steps into the ongoing tradition of journalistic journeys into mythical “Trump country” in the hope of “understanding” the third of the country that now supports the president. (The New York Times has an unspecified number of writers, photojournalists and editors assigned to the lunch counters, honkytonk bars and county fairs in rural towns.) “Endless Diner Syndrome,” the Washington Post’s Margaret Sullivan dubbed the dangerous practice. “Something felt very wrong, and I needed to find out why,” Stern says, and his personal journey to engage with Trump voters in the six months before the election, shot in a washed-out, news-segment feature, feels fatigued from the start. His lugubrious on-camera presence is no help. Stern’s commentary is even drabber—”He can’t win. America’s not gullible enough”—and there’s not much knowledge or joy to be found in the succession of cussed true believers taken at their word. He’s the least inspired Sacha Baron Cohen interlocutor character you’d ever hope to slouch down in your seat over. Stern, the left millionaire taking on the chaotic alleged billionaire, is chairman and chief executive officer of Endgame Entertainment, which produced “American Chaos,” and more than thirty other films and Broadway shows; he is also a two-time Tony Award-winner as a producer of “The Producers” and “Hairspray.” Other films he’s produced include “Looper,” “Snowden” and “Harold & Kumar Go to White Castle.” 90m. (Ray Pride)