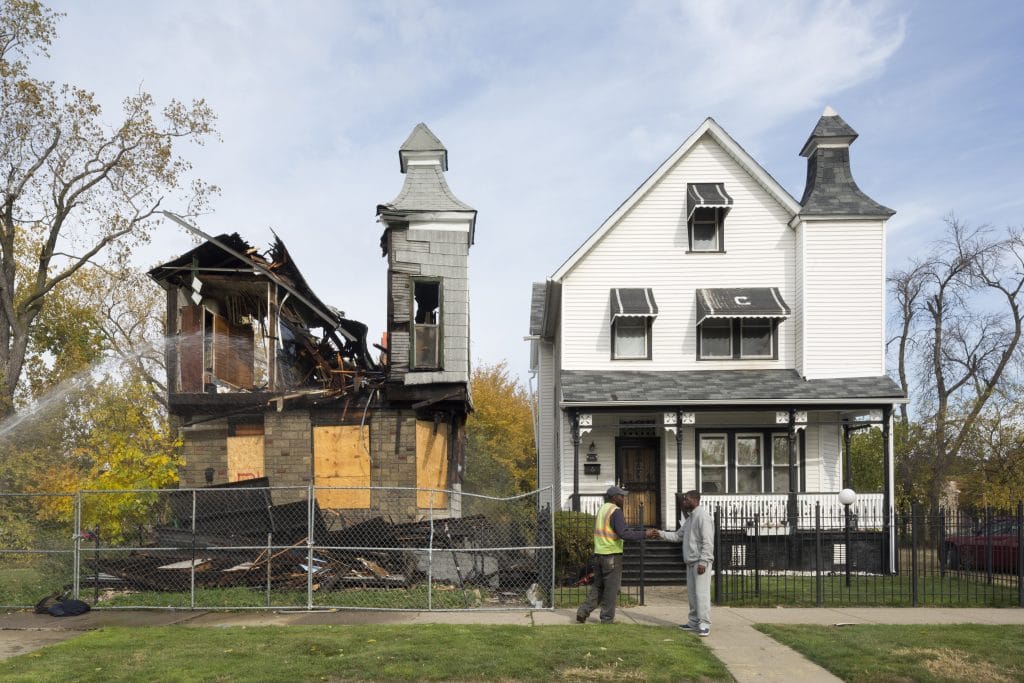 “The Area,” a film of over five years in the making under the umbrella of Chicago’s Scrappers Film Group (2016 Film 50), is a sturdy hallucination in urban geo-location and physical and psychic dislocation. While telling one woman’s story, our sense of urban place and space is illuminated as well, through night and day and the four seasons, a succession of acts of destruction occur around the home of thirty-year Englewood resident Deborah Payne, whose house will be the last standing in the neighborhood. Houses fall, prairie returns, the Norfolk Southern Railway awaits building on the increasingly uninhabited patch. Director-producer-cinematographer David Schalliol captures Payne’s elemental resistance while making his customary range of haunting images: precise descriptions of the physical realm shot at the most essential moment, with elusive sensation that goes beyond light and color. Many of Schalliol’s images are just upright stock-still staring surrealism: architectural photography as frontal as Buster Keaton gags. Beauty is everywhere. 93m. (Ray Pride)

“The Area” opens Friday, September 14 for a two-week run at Siskel. Screenings will be accompanied by wide-ranging discussions each night, listed here.