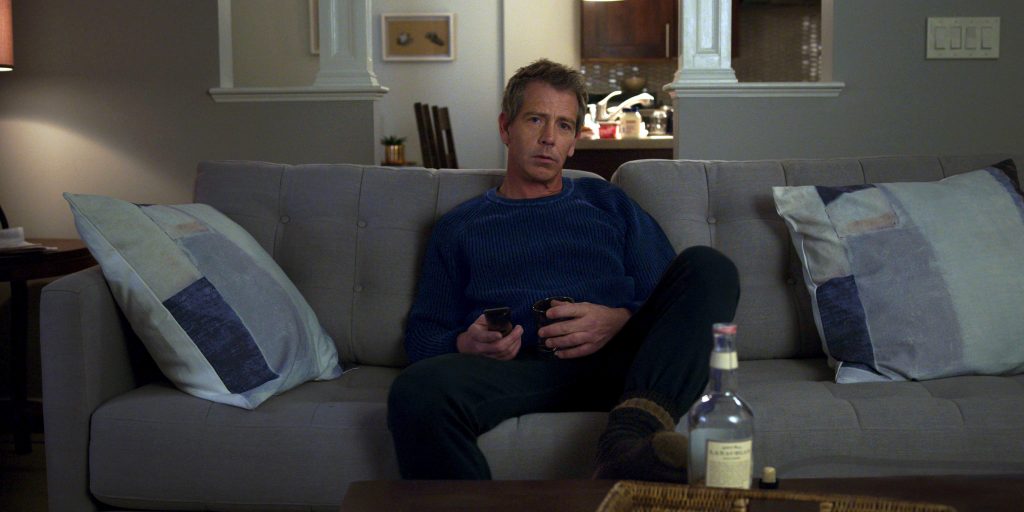 Nicole Holofcener’s mood-struck, slow-burn, Chekhov-to-Cheever sixth feature, “The Law of Steady Habits,” is a quiet marvel. While at first glance, the writer-director may appear to be working in a different register from her amazing and lovely recent movies, “Friends with Money” (2006) and “Enough Said” (2013), her powers of observation are amply in evidence. Her central character is a man this time, inhabited fully by Ben Mendelsohn (“Killing Them Softly,” “Rogue One”). Mendelsohn unfurls his customary understated manner and hangdog handsomeness to play a man who is essentially without qualities. As Anders Hill, a Westport, Connecticut “finance guy” who retires from his job and leaves his wife, he tries, with diffident charm, to spark interest in the world. Shopping for his bachelor condo and sex with strangers don’t elevate disinterested days and nights. (Things turn dark once Anders tends to a teenaged boy, a son of friends, who has addiction problems.) Holofcener juggles characters and moments with aplomb. The self-willed, self-created succession of missteps grows more absurd, and ultimately, tragic and true. While “The Land of Steady Habits” is her first adaptation as a director, from the 2014 novel by Ted Thompson, her fierce attention and singular ability to mingle melancholy and oddity to humane effect remains a rare gift. 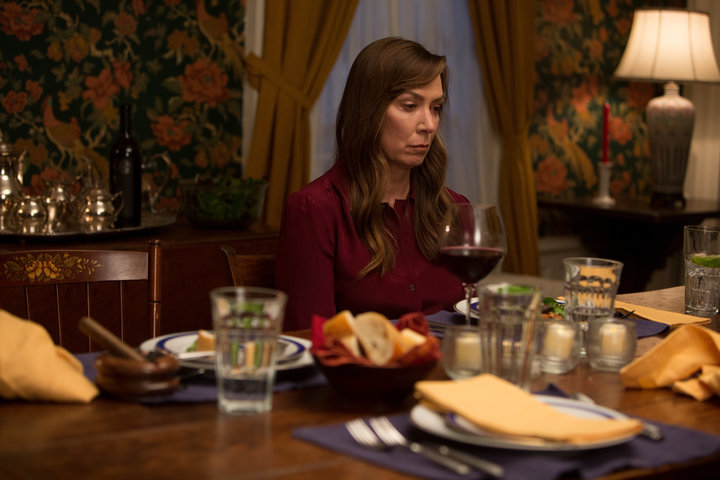 As Holofcener said to Huffington Post, “It’s not just a guy trying to decorate his condo. Bad shit happens, and that makes the movie richer.” The cinematography by Alar Kivilo and production design by Dina Goldman are essential to the precise admixture of moods: restrained with essential bursts of color or geometry that bite at the “text” of each scene. “The Land of Steady Habits” is a bittersweet, silken bruise. With Edie Falco, Connie Britton, Thomas Mann, Charlie Tahan, Elizabeth Marvel, Bill Camp. 98m. (Ray Pride)

“Land of Steady Habits” is now playing at Landmark Century and streaming on Netflix.