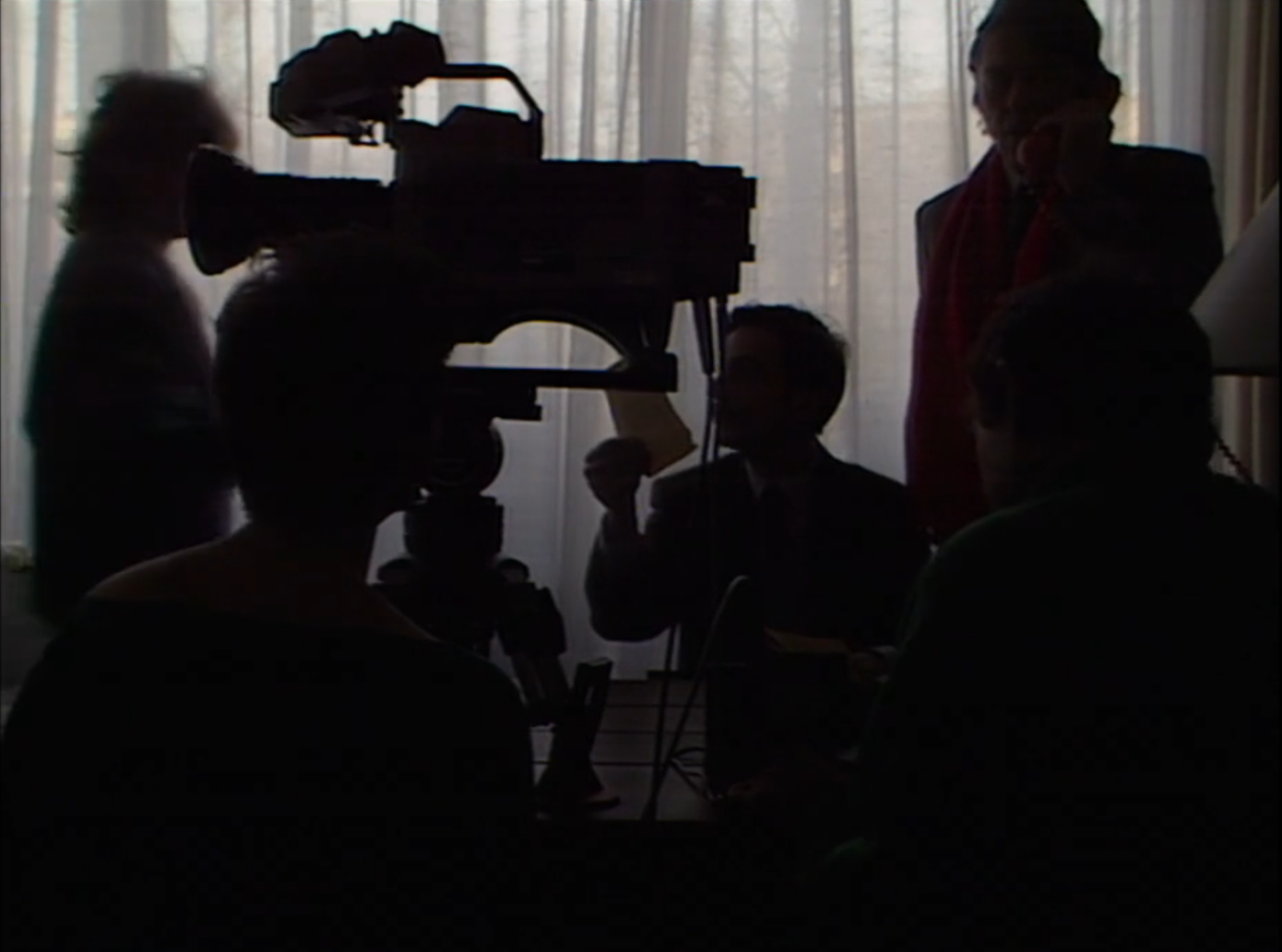 With everyone from international distributors to archives to purveyors of deluxe video-edition archives serving as pack rats on Jean-Luc Godard’s behalf, it’s a surprise that a finished feature-length film, even if a television series episode from 1986, was left unexplored and unexploited, and broadcast only once.Godard’s rights holders are assiduous and dedicated. Even without pawing through the gloom-cave of Godard’s digs that we see in “Histoire(s) du cinéma,” someone outside lonely Rolle, Switzerland had to have known that “The Rise and Fall of a Small Film Company” (Série noire: Grandeur et décadence d’un petit commerce de cinéma) was under the floorboards in a lab or vault. Akin to his own sketched-in version of François Truffaut’s “Day for Night,” it’s a dense, diverting relic, a behind-the-scenes, tres Godardian fable of the director Gaspard Bazin (Jean-Pierre Léaud) casting and hoping to finance a new film with the help of failing producer Jean Almereyda (Jean-Pierre Mocky), who must cast his wife Eurydice (Marie Valera), who wants only to be a movie star.

Genteel as a follow-up to his believer-besieged 1985 “Hail Mary,” “Rise and Fall” has sturdy termite integrity in its depiction of a low-budget world with widescreen dreams, and Léaud amazes with a pitch-perfect performance about a creative man who moves forward only by gusts of mania. Godard also has a pungent, small role as Jean-Luc Godard (“Mais c’est Godard!”). The score is drawn from Arvo Pärt, Bela Bartok, Leonard Cohen, Bob Dylan, Janis Joplin and a couple of clever, small variations on Georges Delerue’s score for “Contempt.”94m. (Ray Pride)

“The Rise and Fall of a Small Film Company” opens Friday, September 28 at Siskel.