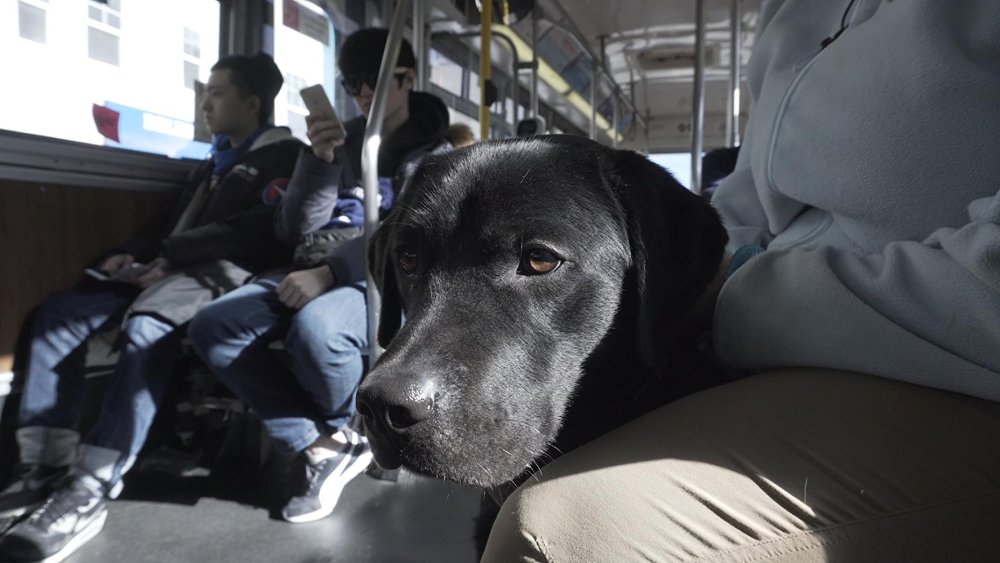 After the wide-ranging success of a certain movie about territorial cats in Istanbul, including a nearly $3 million theatrical gross in the United States, documentarians who followed the path of animals have lucked straight into a possibly limitless boom market, calling out the name “Kedi,” “Kedi!” “Kedi!” all the way. Don Hardy Jr. and Dana Nachman’s “Pick of the Litter” defined an inspired throughline for how to fix upon a pile of puppers, their cameras picking up on a litter of puppies as they are born, then following them for their two years of training and acclimation to become Guide Dogs for the Blind. Clocking in at an appropriately brief running time, “Pick” is a gentle delight, answering, “Who’s a good boy? Who’s a good boy?!” at most every turn with “You are!” “You are!” and “You are!” Hardy and Nachman had reported several news stories on Guide Dogs for the Blind while at NBC, and felt there was a larger story to tell, but couldn’t find a proper long-form structure. “My mom was working as a newspaper feature reporter and put together a series where she followed one litter of puppies from birth to see if they would make the cut to become guide dogs,” Nachman reports, admitting she took the idea from her mother. “If you think I wanted to make ‘Pick of the Litter’ so that I could hang out with dogs for two-plus years, you are one-hundred-percent correct!” Good movie. Here you go. Good movie! 81m. (Ray Pride)

“Pick of the Litter” is now playing at the Music Box.