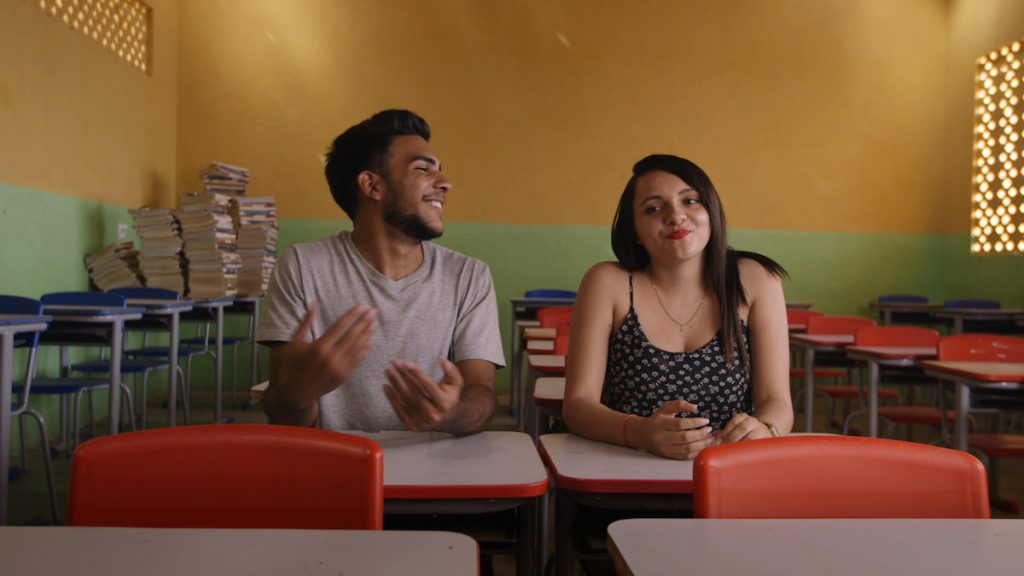 Aren’t “feel-great” documentaries turning out to be a dime a dozen? Actually, no. Movies that satiate an audience the way “Science Fair” does are as coveted by distributors and audiences as any latter-day version of what the “Rocky” movies may have been in their moment. This first feature documentary by Cristina Costantini and Darren Foster is an exuberant delight, idealistic without ever becoming a chore, rollicking with a global landscape of young people competing in the field of knowledge. Who can change the world? These winningest winners in a true-life drama that swoops and dives and, well, y’know, inspires. (Revel in the discreet charm of the nerdoisie.) Each of the lovingly cast subjects, as normal as brainy kids can seem, is competing in the Intel International Science and Engineering Fair. Described as the Olympics of science fairs, it offers $5 million in awards neck-and-neck in virtuous value with the almost-certain guarantee of invaluable connections for fertile careers for decades to come. (You’ll believe the younger generations can and will and must save the world.) Winner of the Audience Award at the 2018 Sundance Film Festival. 90m. (Ray Pride)

“Science Fair” is playing at Siskel through October 18 and will open soon at the Wilmette and the John & Nancy Hughes in Lake Forest.