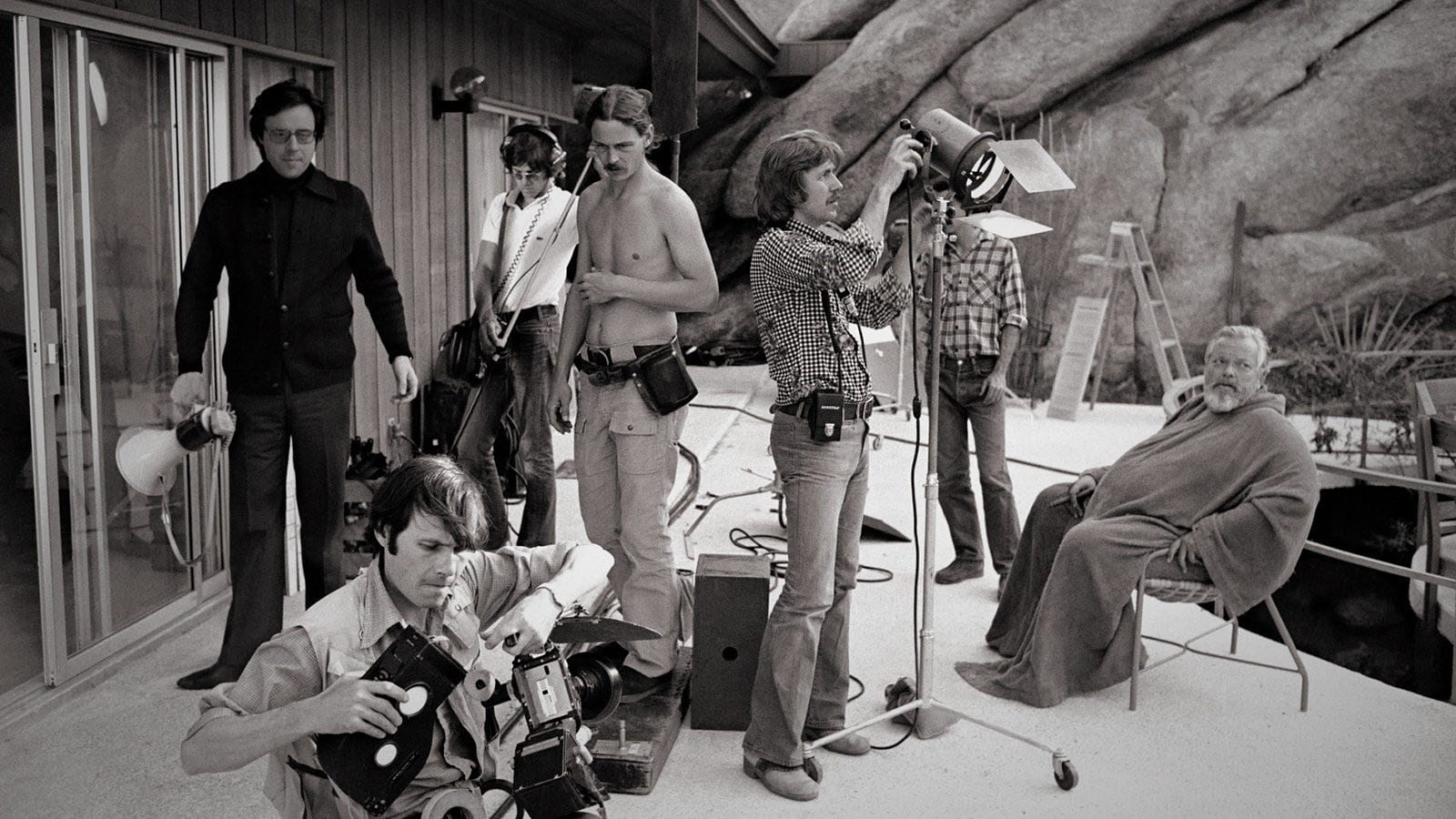 Bone and ash ground to powder: that is what Orson Welles leaves behind with “The Other Side of the Wind.”

Crumpled cars, husks of spent lives and sorry souls, the wind along a symbol-strewn beach, dust kicking up at a drive-in where cars have departed and an image projected upon the screen has faded at the thin dawn of a new day.

Two movies lock in deathly embrace: the “reality” of a seventieth birthday party at a remote ranch for Hollywood lion Jake Hannaford (magisterial and malefic John Huston), to which lackeys, acolytes and a crew of critical lickspittles, mostly male, have been trucked in, along with a busload of literal dummies. Peter Bogdanovich plays “Brooks Otterlake,” a version of his smug self; Susan Strasberg is “Julie Rich,” a hectoring version of Welles nemesis Pauline Kael; young Joseph McBride is “Mister Pister.”

There is drinking and there are recriminations, and dozens of cameras shooting in multiple film formats that provide fabric for the kinetic weave of the cutting of the scenes with Hannaford in mortal combat with his necessary lessers. Multiple points-of-view? Or selfie over-saturation decades before the moment? Welles wanted to surpass himself; he hoped “Other Side of the Wind” could leap into the future while densely encoding his own past. (Or, as the first Netflix trailer proclaims, “From the Mind That Brought You ‘Citizen Kane.’”)

Amid projection snafus, the listless, increasingly hostile crowd watches the never-to-be-finished movie that Hannaford has choked on, a boldly designed, wordless, widescreen fantasia. A hapless curly haired boy, as in dream, fails to win the dark-eyed woman (co-writer Oja Kodar) he pursues. She is physically elusive in every encounter, even in the notorious, seven-minute-long lovemaking scene in the back seat of a car driving through slashing rain. Sustained sound-and-image collage like this is rare: rhythmic, enveloping, alarming, even hallucinatory in its voluptuousness. The woman is in control, wholly. (Welles scholar Jonathan Rosenbaum tells me that the other scenes directed at least in part by Kodar are the climactic film-within-the-film scene, as well as a nightclub washroom scene, as bold with urgent erotic moment as an anachronistic mesh of Juzo Itami’s “Tampopo” and Alejandro Jodorowsky’s “El Topo.”)

But Hannaford, the man, loses control, his imperious, needful control of all that swirls in his world, his tightly capped sexual habits, disdain for symbolism, his diet half Scotch, half venom. What does it matter what you say about people? The man’s alive right there in front of them but the keepers of Hannaford’s legacy peck, peck, peck, even in his leonine presence: pecking him to death like ducks. The obsidian heart of the intricate screenplay, by Welles and Kodar is thrilling. Viperous, seamed with savagery, vainglory and a hunger for victims, plus John Huston’s incarnation of Jake Hannaford, a filmmaking legend debuting bits of his would-be with-it widescreen movie, is honeyed malice, an inebriate howl of terrified, wounded masculinity. Welles resisted the siren song of high Freudianism, but his fondness for the high beams of villainy in Shakespeare is unquestioned. (On the dummy, show us where Shakespeare touched you, Orson.) 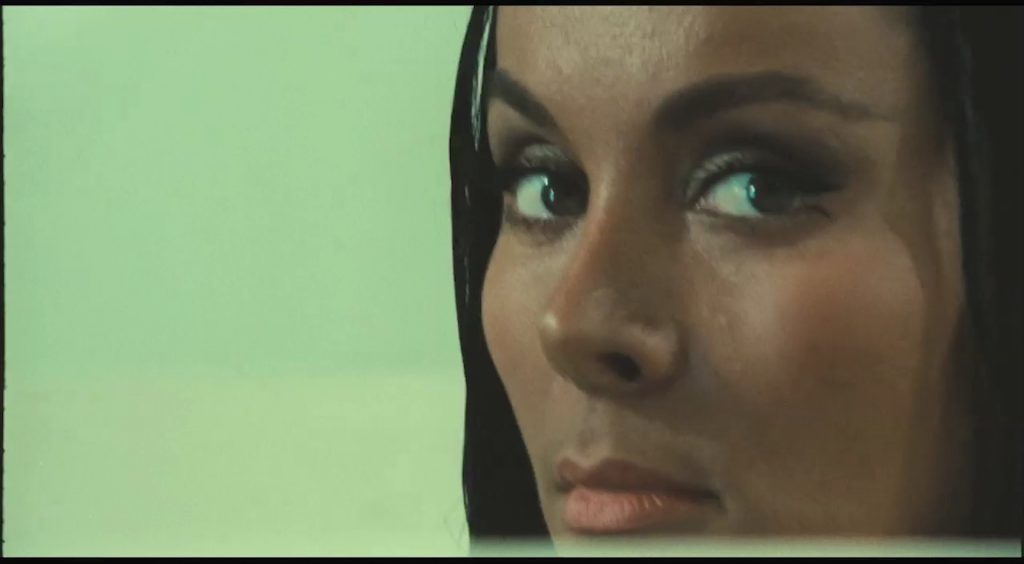 “The Other Side of the Wind” is of the moment of its production, from approximately 1970 to 1977, yet in this shimmering apparition, a shotgun blast from the future. It took years for “The Other Side of the Wind” to arrive at this form, this simulacrum of Welles’ intentions drawn from a trove of 1,083 elements (including the negative), which weighed over a ton-and-a-half. This version is immaculate, edited and sound-designed by a team of Hollywood pros. And while Welles’ and Kodar’s screenplay and his notes are honored, we can never know what improvisations might have occurred at the editing desk. Editing is a trick of the fingertips. Whether present-day non-linear editing, or Welles presiding over a rented flatbed, the very process is that time ticks with flicks of the fingers. Editing is both magic trick and electrical impulse of the brain that leaps from the mind to the surface of the idea again and again.

Josh Karp’s 2015 “Orson Welles’ Last Movie: The Making of The Other Side of the Wind” provided a springboard for Morgan Neville’s behind-the-scenes documentary “They’ll Love Me When I’m Dead,” on how the post production stalled time and again before Welles’ death in 1985. “Love Me” is a brisk, irreverent complement to Welles’ brawling caravanserai, offering the man himself ample time to purr, coo and rue over the project and its setbacks.

Watching the double feature with “Love Me” as the amuse-bouche, the story of James Joyce snapping to a friend who said “Finnegans Wake” was a tough read came to mind: “It took me seventeen years to write the damn thing, it should take you seventeen years to read it.” And Nora Joyce referred to ”Finnegans Wake” as ”that chop suey you’re writing.” “The Other Side of the Wind” is not a mess: it is ragged and elegant in bracing measure. While neither film is as dense as Joyce’s multilingual nightdream, “Love Me” functions as a useful appendix, like the “A Skeleton Key to Finnegans Wake” (co-written by Joseph Campbell). 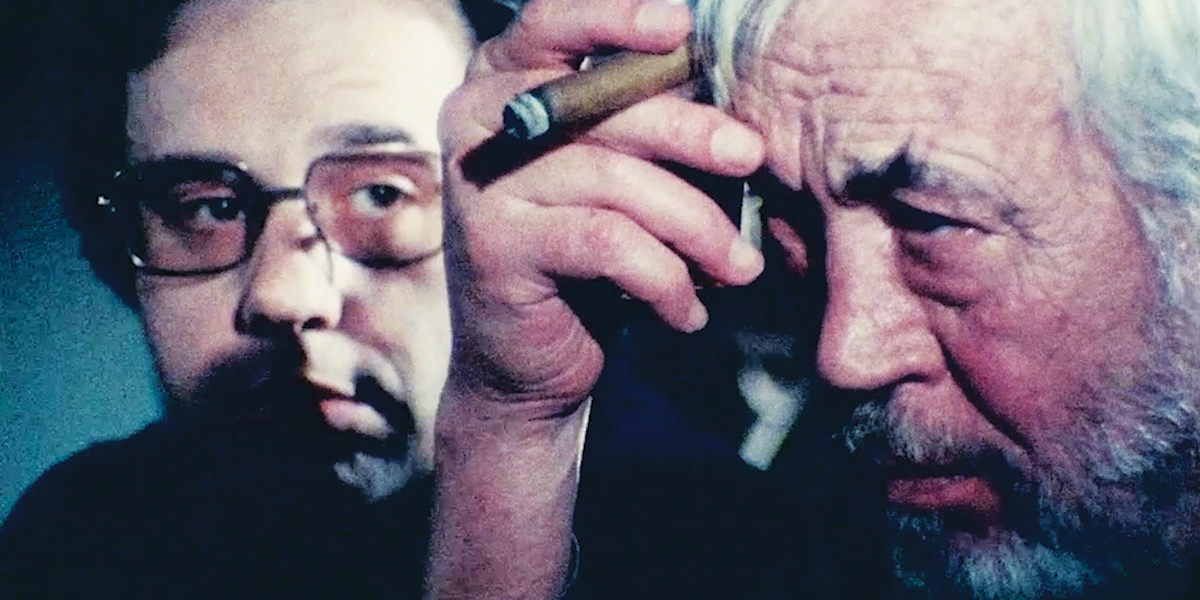 Welles believed “The Other Side of the Wind,” carved from decades of personal experience as a genius outside the system, was a movie that would cap his career and make it easier to busk for cash for future productions. It’s not a difficult movie. But with Welles’ rank of unalloyed monsters, one wonders what audience he expected, even in the early 1970s, to embrace “The Wind.” Entertainment today doesn’t do well with brutally observed anger, bitterness, mockery and moral adjudication, but what about then? While the nominees for Best Picture in 1975 were “The Godfather Part II,” “Lenny,” “The Conversation,” “Chinatown” and “The Towering Inferno,” could this dish of ire and brimstone have displaced Irwin Allen’s flaming stars?

Josh Karp didn’t see “The Other Side of the Wind” until this summer. When his book was published in 2015, Karp told me, with prophetic accuracy: “There were great, incredible, insane, hilarious stories from the set. Which was great and I started digging into it more and more, finding different stories all over the place—and most of them were just terrific. But, there was also this question of what it all meant. I had this sense that while the film wasn’t strictly autobiographical—there was this way in which the whole thing felt like Stephen Colbert’s portrait of himself standing in front of a portrait of himself, standing in front of a portrait of himself, and so on endlessly. This guy who is the greatest artist of all time possibly getting lost in his own creativity and process making a movie that’s about people making a movie about a guy who is making a movie—and casting it with [film] people he knew, frequently playing some version of themselves and in some cases acting out storylines that mirrored their relationships with Welles, but all under the guise that it wasn’t about Welles. It was such a great mystery and one that seemed like it had the potential to have great meaning.”

“The Other Side of the Wind” plays in 35mm at the Music Box on Saturday, November 3 and Sunday, November 4. Both films are on Netflix beginning Friday, November 2. More about “They’ll Love Me When I’m Dead” here.