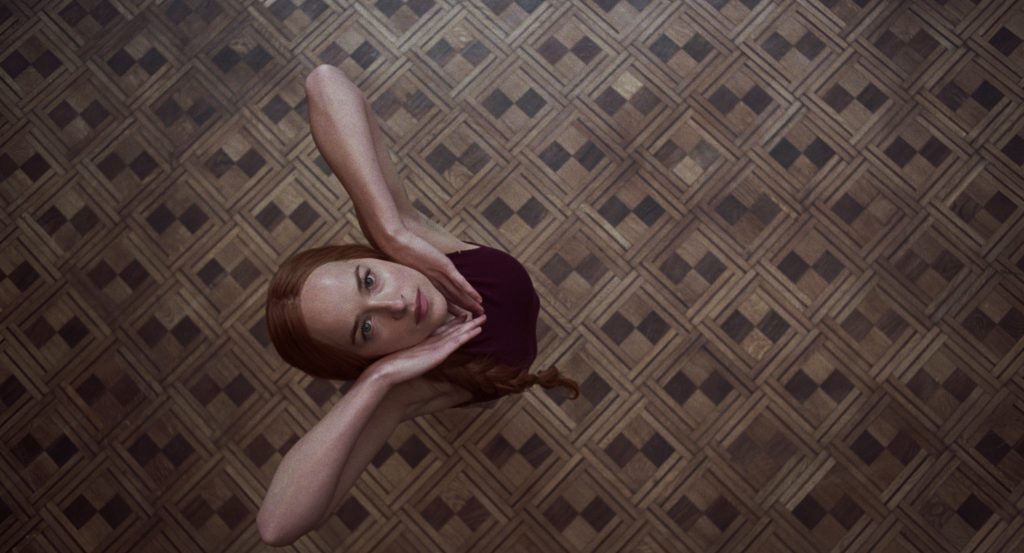 Sincere, personal and impacted like a bullet lodged in a wall, Luca Guadagnino’s passion project, “Suspiria,” is many things, including difficult to write about. A proper consideration would be a mad, scrabbling hypertext object and it still wouldn’t satisfy. The Italian writer-director’s variation on Dario Argento’s ballet-school color-light-and-bloodbath fills its exhaustive running time with layer after layer of menace, movie love and twentieth-century political history. “Why are people ready to think that the worst is over?” a character asks, reflecting unwittingly not only on its witchery and the historical setting, but on how the overlapping narratives ache toward the results of the Holocaust.

Guadagnino wanted to make a “cover version” of Dario Argento’s 1977 original since childhood, and had worked with his producers for a decade toward this 152-minute edition. His “Suspiria” is a haunted house of witches, terrorists and 1970s European art cinema. Guadagnino, who is forty-seven, says his movie is jammed with personal associations, not limited to the cinema, yet still this is very much the Gay Italian Boy’s Guide To Transgressive 1970s Eurocinema. The movie is set astride the Berlin Wall in the year the original “Suspiria” was produced, and among associations in the thicket of allusion that Guadagnino subtitles “Six Acts and an Epilogue in a Divided Berlin,” the influence of Rainer Werner Fassbinder’s 1970s movies is overt. This stuffed-to-bursting “Suspiria” needs so, so many skeleton keys, and they rattle so: as much as anything, it serves as a dance to the death of the new German cinema. (Among the ranks of elder witches is Ingrid Caven, who was Fassbinder’s wife.) Most formidably, the design of the hotel that is its central location, as well as the climactic tableaux of deadly witchery in the recesses of the castle, seen from distance, evoke nothing less than the stately horror of Pier Paolo Pasolini’s “Salò, or the 120 Days of Sodom” (1975). (The walls uniformly look as if they were stained by nicotine and boiled cabbage.)

Until its final, sustained bacchanalia, all blobby, bloody body horror, Guadagnino dreams in unpredictably intermittent bursts of dark lyricisms. When a melting, naked witch goes into gobbling hysteria, she becomes a fearsome female figure: the decaying matriarch who doesn’t give a shit. And a dying Mennonite mother’s lips spin on screen, dissolving over the dance studio during a rehearsal to emulate misty, floating labia at center screen.

Among many footnotes that could be made: an important small role is played by Béla Tarr’s cinematographer, Fred Kelemen, whose brilliant 35mm darkness also pervades his own feature directorial work, such as “Abendland” (Nightfall, 1999). Cinematographer “Sayombhu [Mukdeeprom] and I discussed Michael Ballhaus and Xaver Schwarzenberger’s work for Fassbinder as well as the paintings of Balthus,” Guadagnino says in the press notes of the dark, largely drab look. “We wanted to encompass something that was from the period and the place rather than mimic a mood or find a random one. The palette includes a variety of grays and browns and rust and pale blues and greens. We really wanted it to be a reflection of the period and the German cinema of the period.” Co-screenwriter David Kajganich noted that “one of the great wells of inspiration for this film: the work of Rainer Fassbinder. Some of the most potent women on film came out of the crucible of his collaborations with his actresses—including the great Ingrid Caven—and I did my best to construct [Tilda Swinton’s character’s] way of using words and occupying scenes in a Fassbinderian way.” With an almost-entirely female cast, including Tilda Swinton, Chloë Grace Moretz, Tilda Swinton, Dakota Johnson, Tilda Swinton, Mia Goth, Sylvie Testud, Malgosia Bela, Renée Soutendijk, Alek Wek, Angela Winkler, Jessica Harper. (Ray Pride)

“Suspiria” is playing at the Music Box.