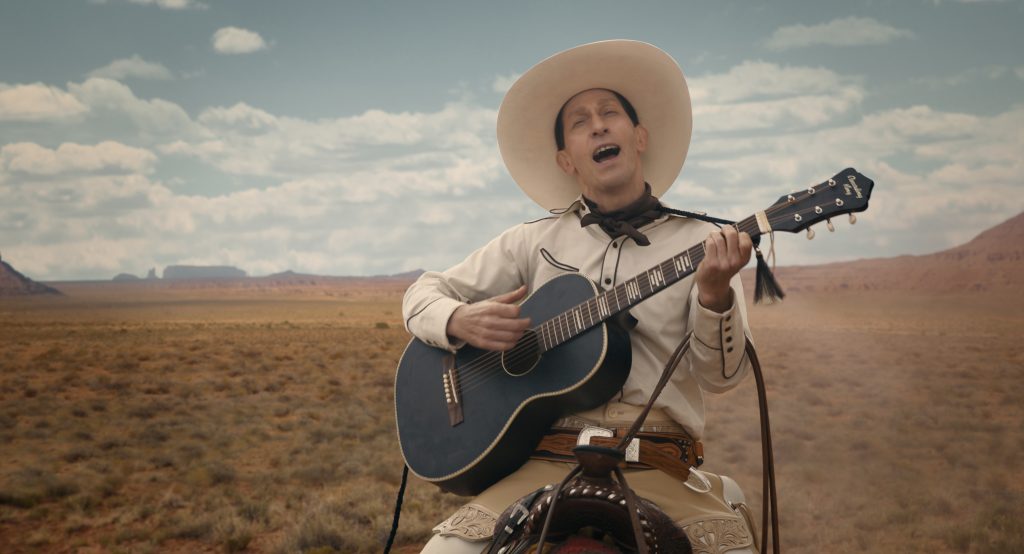 A second look at “The Ballad of Buster Scruggs” less than a week after publishing a fast, first review lifted the scales from my eyes: this blaspheming procession of mountebanks, posturing fools and put-upon innocents is a teeming tapestry rather than a mere six-chapter, 137-minute portmanteau feature. “Buster Scruggs” is full-blooded bliss splashed across an American frontier as mad and savage as decades of storied nightmarish incivility. It’s bleak. It’s bloody. It’s bounteous. Probably great! The Coens’ joy in assembling casts of characters with exquisite character faces is, as always, inspired and dour. On first exposure, longing, lingering thoughts of their earlier, masterful Westerns—“True Grit”’s comedy and “No Country for Old Men”’s steel—crept to mind.  But as long experience with the Coens holds, the films that grate take time to smooth. I thought I would love “Buster Scruggs” in four or five years, but that time was a week, and the taste for this tartness is only going to grow. The Guignol feels grander taken as a panorama instead of a succession of smaller bits.

“We’ve always loved anthology movies, especially those films made in Italy in the sixties which set side-by-side the work of different directors on a common theme,” the brothers write in their press kit. “Having written an anthology of Western stories we attempted to do the same, hoping to enlist the best directors working today. It was our great fortune that they both agreed to participate.” Two choice passages: a little ditty called “The Gal Who Got Rattled,” in which Zoe Kazan is simply great. And those scrappy words handed down to an eager young whelp named Tom Waits.

From the very start, the Coen brothers have conjugated depth, nimbleness, and precision. They exist in plain sight but remain a mystery. And, in my mind, they are living treasures and, with literary depth and unerring cinematic instincts, a singularity.

“The Ballad of Buster Scruggs” plays for one week at Landmark Century and begins on Netflix Friday, November 16.