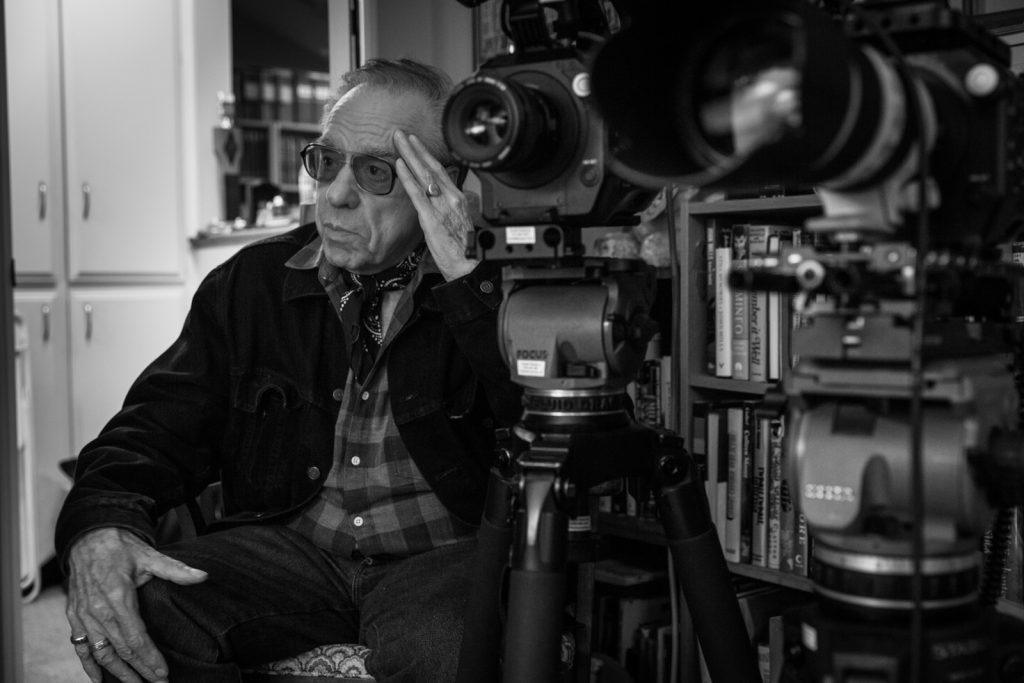 A nice notch above “content,” Peter Bogdanovich’s “The Great Buster” is a useful gloss on the abbreviated career of the great American poet of silent cinema. It also makes for a pleasant footnote at the autumnal era of the seventy-nine-year-old Bogdanovich’s filmography, which includes 2007’s four-hour Tom Petty documentary, “Runnin’ Down A Dream” and 2014’s “Squirrels to the Nuts“ (aka “She’s Funny That Way”). The interviewees are a disparate bunch, ranging from elders like Carl Reiner (still talking the comedy talk at ninety-five), Mel Brooks and Dick van Dyke to unlikely candidates like fellow pratfallist Johnny Knoxville and Werner Herzog. (“Buster Keaton is the essence of movies. He is one of the inventors of cinema.”)