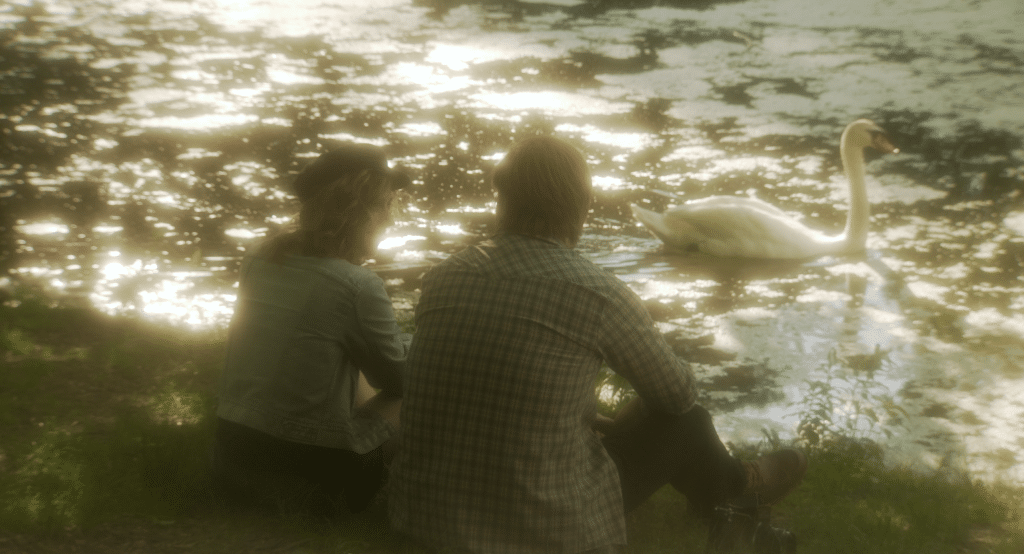 With a dreamy but dark micro-melodrama set in the theater scene of New York City, Nathan Silver continues his succession of subjective stories about the self-absorbed, their sallies and follies. Written by recurrent co-conspirator Jack Dunphy and shot by low-budget luminary Sean Price Williams, “The Great Pretender” is sweetly soft-focus even as his characters remain unaware of the effects of their behavior. The lot of them work wily self-invention into every conversation: I’m a nice guy, an actually not-nice guy ventures. Silver cites the early work by Mike Leigh for the 1970s-1980s BBC “Play for Today” series as inspiration, but the offhanded, piercing quality of the comedy within the viper’s nest of romantic roundelays suggests a cruel Alan Rudolph, and that’s more than enough for me. Formally, Silver’s work is restlessly inventive, and but for his attraction to certain types and types of behavior, you wouldn’t guess they’re from the same mind. Silver summed up his drive—this is his eighth feature in the past ten years—to Mark Asch at the Village Voice: “There has to be something that’s driving you crazy, that will drive other people crazy. Who the fuck wants to watch watered-down shit? This sense that you have to engage with a larger audience, I understand that, but there are a lot of people who have no faith in an audience’s threshold for discomfort.” With Craig Grant, Esther Garrel, Keith Poulson, Linas Phillips, Maëlle Poesy-Guichard. 72m. (Ray Pride)