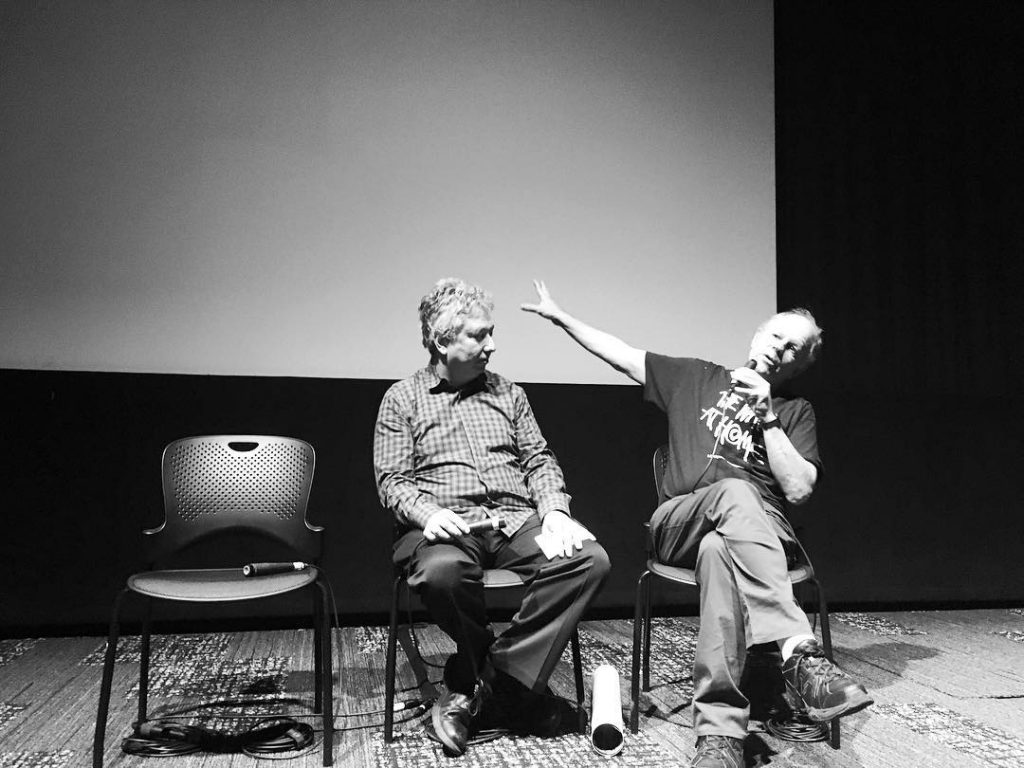 On November 30, Bill presented Glenn Silber (whom he had never met in person), and Silber’s restored “The War at Home” at Siskel. He arranged in advance for Silber and I to meet as well. Bill said that “War” was the film that opened his eyes, showed him his path, at the age of seventeen, to be politically aware, go to school at Madison, and become a filmmaker. He brought his seventeen-year-old son to share the film with him.

Kartemquin has the news here. 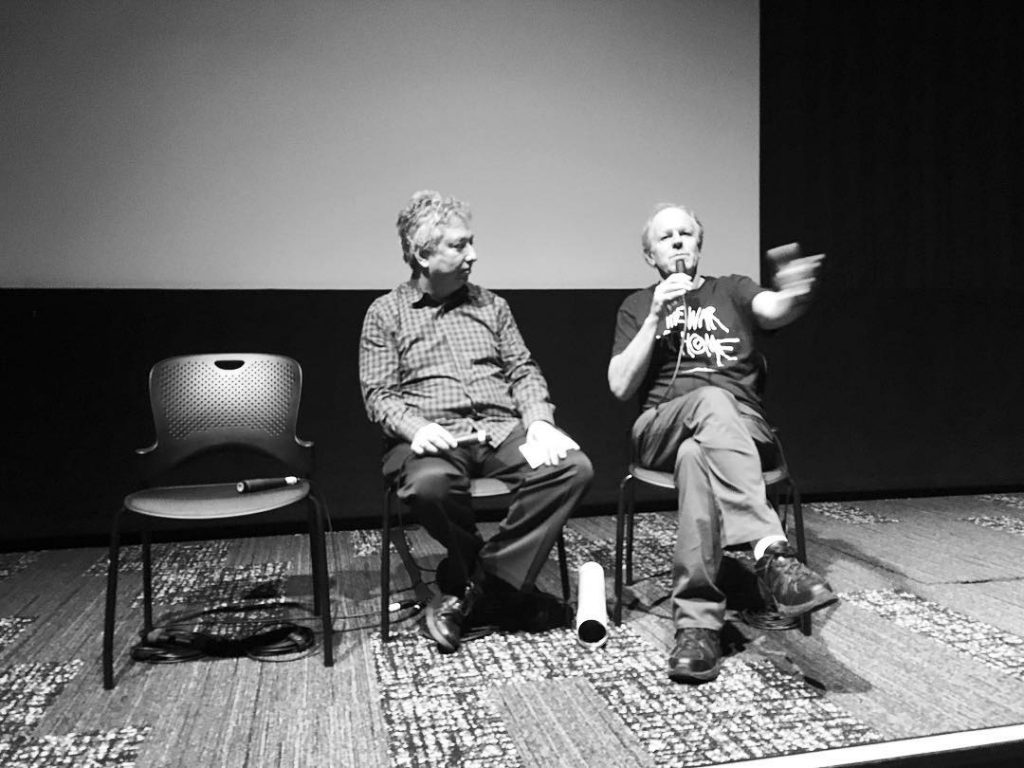 Bill had been working several years on the film he considered would be his best yet, but as his practice in the past, he kept me in the dark, hoping to share the best possible early cut. 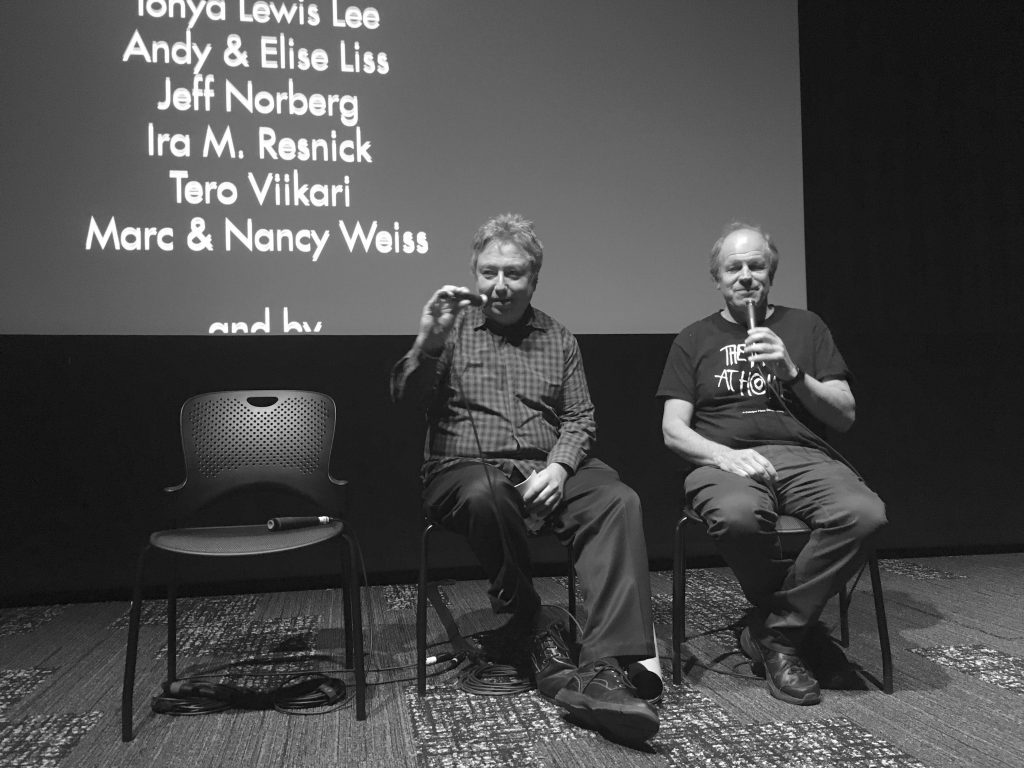 Of many small things, I mention the time he spent at the Thessaloniki Documentary Festival with “The Trials of Muhammad Ali”: he took to the north of Greece like no other Midwestern man I know. There was food and drink. He loved that place, and seeing “Trials” on the big screen in the Olympion movie palace with Bill fidgeting nearby made an indelible memory. 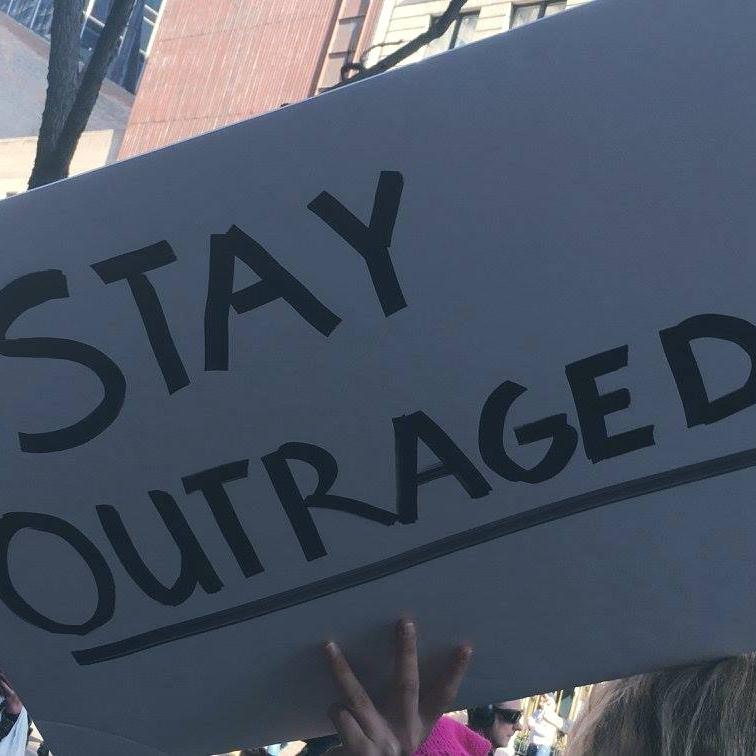 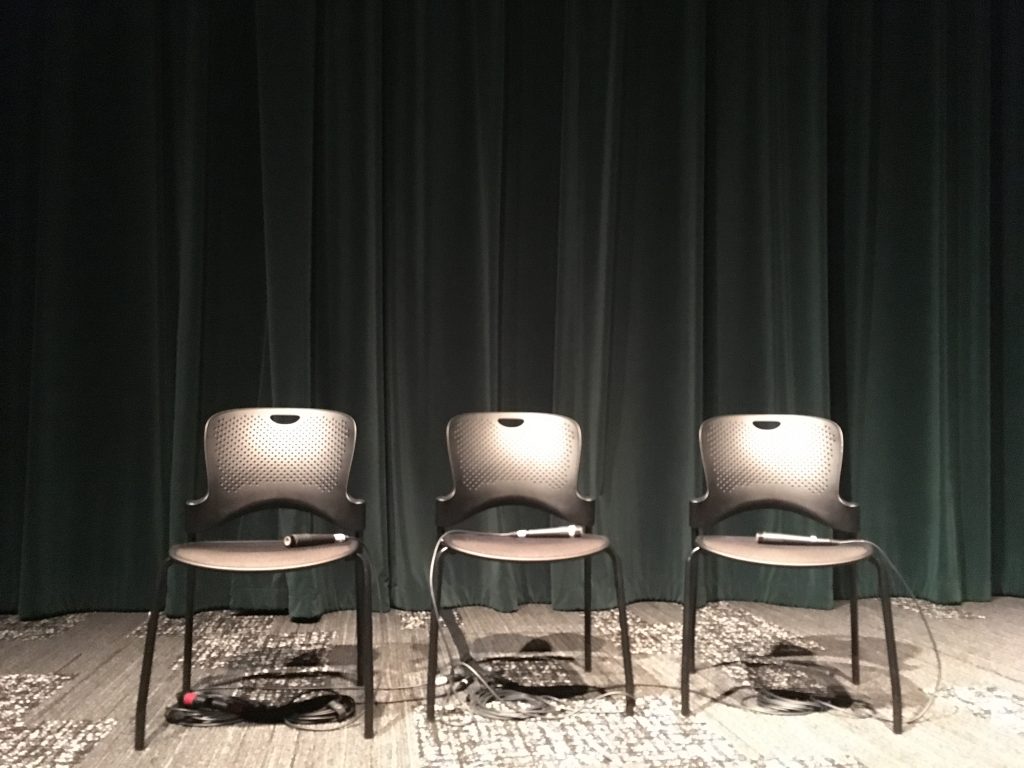 Awaiting Bill Siegel and Glenn Silber after “The War at Home,” November 30, 2018.

My review of “The Trials of Muhammad Ali.”

In the many years I’ve known Bill Siegel, I can’t remember a time he wasn’t talking or thinking about Muhammad Ali. Working as a researcher on Leon Gast’s 1996 “When We Were Kings,” as well as other projects like the six-hour-plus “Muhammad Ali: The Whole Story” (also 1996) that involved the three-time heavyweight champion, the Chicago-based documentary filmmaker became an expert on not only his athletic victories, but his political activism and commitment. Siegel was Oscar-nominated for the 2002 film, “The Weather Underground,” which he and Sam Green co-directed, and that film is sharp about political engagement and conviction, about idealism and legacy. Working through several iterations of “The Trials of Muhammad Ali,” Siegel has arrived at a rock-solid portrait of Ali’s passions about faith and conscience, and makes a stirring case that his political legacy is more important, and will be more lasting, than his days in the boxing ring. A co-production of Kartemquin Films, “The Trials of Muhammad Ali” resounds with the man’s singular voice. The wealth of seldom-seen footage is consistently eye-opening, and the interview subjects include the now-reclusive Louis Farrakhan. Siegel cleanly explains the most common question about why he portrays the man this way: “Why another film on Muhammad Ali? Because no Ali film has deeply explored his exile years, his spiritual transformation and his impact on the world beyond the ring… It has tensions involving faith, race, duty and identity. And when you personalize those tensions through the humanity of Muhammad Ali, it gives them depth and definition in ways that resonate now.”

“The Weather Underground” when it opened at the Music Box.

Sam Green and Bill Siegel’s “The Weather Underground” is an impressively sturdy documentary about a difficult-to-master slice of American history, is a sweet rebuke to the narcissism-as-entertainment wing of contemporary documentary practice. Its politics exist primarily in the choice of subject: a group of young people, dedicated radicals who bombed the U.S. Capitol, among lesser targets. It’s thorny work, allowing the viewer to consider the ambitions and failures of the radical group. The feature-length, painstaking chronology, filled with interviews from former members, FBI agents, and adversarial former colleagues, turns out to be more topical in 2003 than the filmmakers could have imagined it would be when they began several years ago, with popular protest rising against a government intent on war. In October 1969, several hundred activists in football helmets, carrying baseball bats and lead pipes, wreaked forty-eight hours of mayhem, starting on Chicago’s Michigan Avenue, hoping to prompt a revolution against the Vietnam War and racism. A core group went underground, and battled the U.S. government, notably breaking Timothy Leary out of prison and bombing a range of federal facilities. (It prompted one of the largest FBI manhunts in history, which they evaded for years.) “Weather Underground” is, at least formally, an orthodox documentary, while testing the received wisdom of what is “acceptable discourse” in our land today. These were our terrorists, and the film also chronicles those who didn’t make it back to the other side, including David Gilbert, serving a life sentence for his participation in a 1981 Brink’s truck hold-up. What is most affecting, however, is seeing idealists in their fifties and sixties, who have made peace with their conscience, or have not, who have admitted to failures, or will not, yet carry the witness of experience about their elusive political utopia.

Bill mentored Amy Scott, director of “Hal.” From her Instagram: 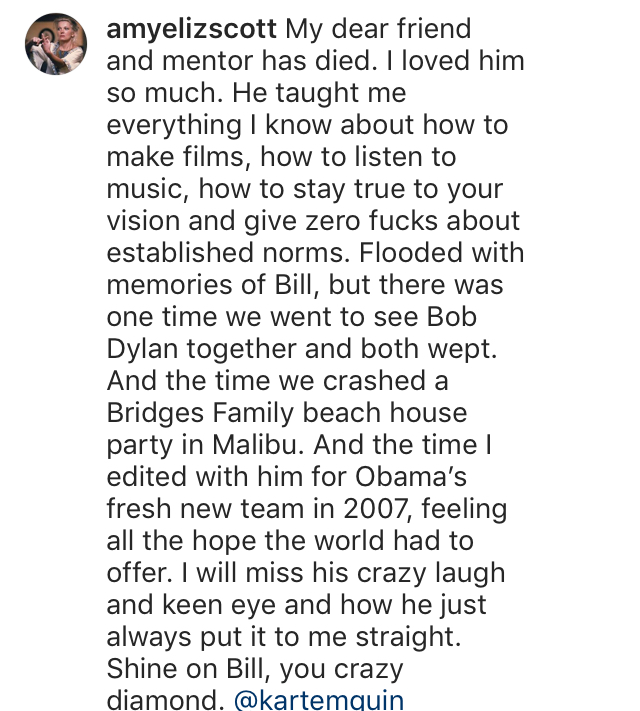