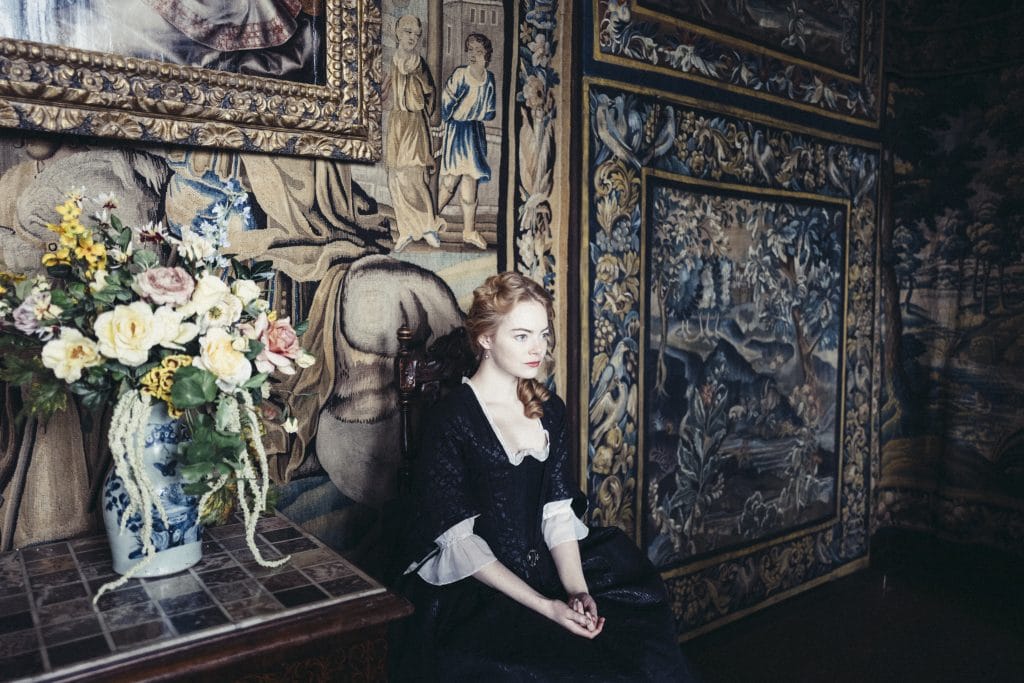 Writer-director Yorgos Lanthimos has come a long way from his second and third features, “Dogtooth” (2009) and “Alps” (2011); after his English-language “The Lobster” (2016), which after an abortive release plan by one distributor, made over nine million dollars in the United States, and “The Killing of a Sacred Deer,” (2017) and now, especially, with the nasty, rollicking “The Favourite,” taking $12 million since the start of its limited release at the onset of the long, long awards season. A key figure in the “Greek weird wave” has planted his flag in an unsuspecting non-Balkan cinema world, but the producers of “The Favourite,” which had been in development via British Lottery funds for fourteen years, wanted Lanthimos even before his English-language successes. While less astringent and post-surrealist moment-to-moment than Lanthimos’ obstinate earlier work, there’s still a deliciously acrid air to his rendition of the screenplay by Deborah Davis and Tony McNamara. Cinematographer Robbie Ryan may be overly fond of the fisheye lens, but the compositions and pacing are pure Lanthimos. “Hereditary” director Ari Aster aptly describes the result as Greenaway’s “The Draughtsman’s Contract” as directed by the Kubrick of “A Clockwork Orange.” Lushly furnished yet gleefully grotesque, all involved, especially leads Olivia Colman, Emma Stone and Rachel Weisz, thrive on the malice within the eighteenth-century royal setting. It’s deliciously, unabashedly female. For once in a “heritage film,” the profanity is as rich as the furnishings. Keening narcissism; venality in the pursuit of power and the enactment of wickedness is timeless: read “The Favourite” how you will. With Nicholas Hoult, Joe Alwyn. 119m. (Ray Pride)

“The Favourite” is now playing.