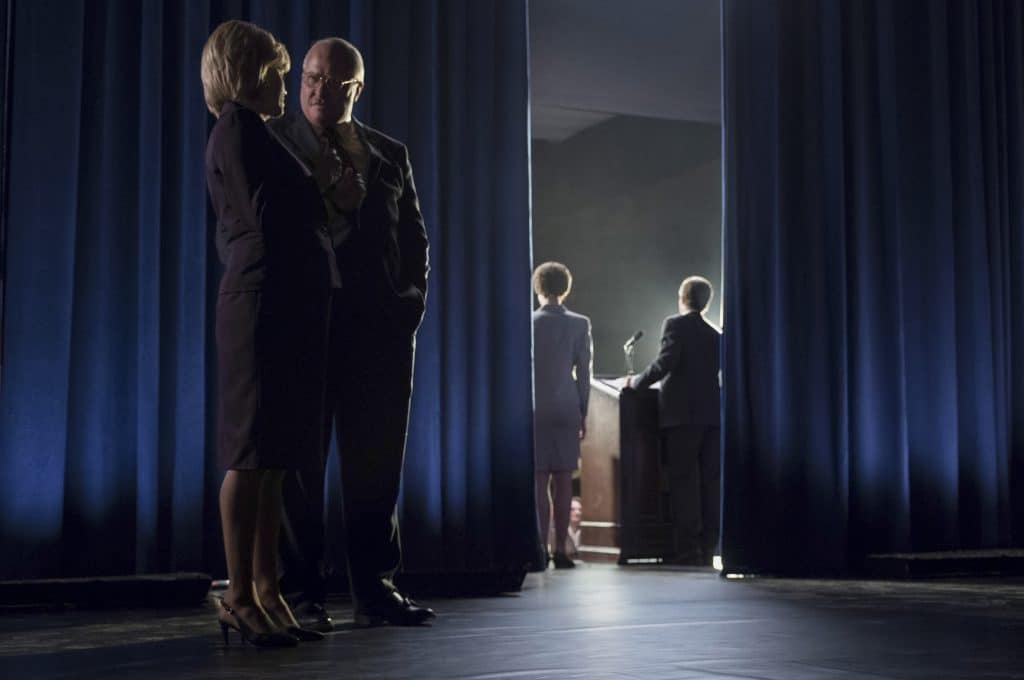 What a nasty piece of work! Adam McKay’s “Vice” is glorious: a thrilling, frightening, jagged black comedy. If China were a free country and there were a homegrown satirical movie called “Tiananmen,” made by a filmmaker hyperaware of Adam Curtis’ “HyperNormalisation” (2016), perhaps that might approach the zest and bravura of Adam McKay’s intimate epic of forty years of epic political malfeasance and Republican subversion of the American way, as seen through the bureaucrat-termite determination of career-long silent force Richard Bruce Cheney (and his even more determined wife, Lynne). And like Boots Riley’s savage workplace takedown “Sorry to Bother You,” another Annapurna Pictures release, “Vice” cuts no slack and makes many small, accruing wounds.

…are willing to be seen as scattershot or as hammering an idea too hard, because that’s the way they’ve chosen to make their points about giant systemic problems. It’s an unusual approach but a completely legitimate one. I strongly recommend both movies.

And yet? It is only one percent as subversive as Cheney and his consiglieri have been, the details of whose works are daubed in with flashing, momentous detail as the years and Cheney heart attacks race past, toward this moment. Christian Bale plays Cheney as much as a carapace as a man; Amy Adams is a power-thirsty snapdragon as Lynne Cheney; Sam Rockwell is as much Sam Rockwell as W., and Steve Carell is bilious, joyous, as a don’t-give-a-fuck-go-fuck-yourself Donald Rumsfeld. In one interregnum, Cheney tells Rumsfeld, “Well, the plan is to take over the damn place,” and is soon rewarded with “Well, shit, you salty son of a bitch, you did it.” (“I am like a bedbug, you have to burn the mattress to get rid of me,” he mutters at another juncture, heard only by this history.) “What do we believe in?” Cheney asks Rumsfeld as he takes on the job as his dogsbody: Carell’s whoops of laughter scald, nihilist napalm. Among the artistry on display, pay special notice to the visual variety conjured by cinematographer Greig Fraser (“Zero Dark Thirty,” “Killing Them Softly,” “Bright Star”). Nicholas Britell’s delicious and insolent score holds its own wayward majesty, at once send-up and uplift, thrilling but also assuredly self-critical. With Jesse Plemons, Tyler Perry, Alison Pill, Lily Rabe, Eddie Marsan, Justin Kirk, Lisagay Hamilton. 132m. (Ray Pride)