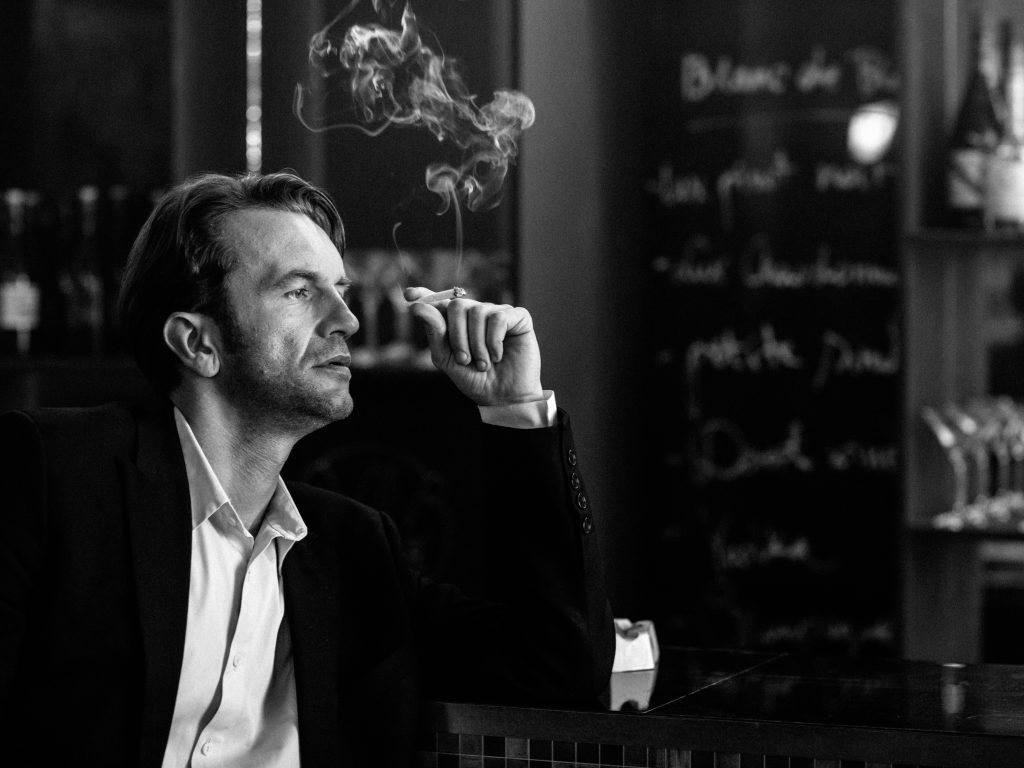 “The brink upon which still life rests is the brink of time, the edge of something about to happen,” the poet Mark Doty wrote. “Everything that we know crosses this lip, over and over, like water over the edge of a fall…”

Pawel Pawlikowski’s first feature since his Oscar-winning “Ida” (2013) proceeds briskly, hypnotically, in the fashion Doty describes, a gorgeous depiction of reckless, headlong, decades-long love between a man and a woman in postwar Stalinist Poland and then the Cold War era in other parts of Europe including Paris. They’re not made for each other, and the world outside their embrace only makes things worse.

The older Wiktor (Tomasz Kot), Gregory Peck-handsome, is recording traditional songs in the countryside, and later as the leader of a chorus that celebrates this peasant music but is eventually exploited for Communist propaganda. He meets the younger Zula (Joanna Kulig, from “Ida”), who dazzles him with her features, a rowdy, even provocative attitude toward career and a lovely, unschooled voice. The gorgeous, sweeping story isn’t so much elliptical as a succession of sensations, of emotional fragrance told in songs—so many songs in a movie under ninety minutes— and shimmering black-and-white images. We spoke to the documentarian-turned-fiction filmmaker before “Cold War” debuted at the Chicago International Film Festival in October.

I don’t want to dwell on influences, but “Cold War,” among many other cultural touchstones, very much reminds me of Terence Davies’ “Distant Voices, Still Lives” and Vigo.

Yeahhh… I mean, I like all of them. Vigo, the beautiful black-and-white of “L’Atalante,” for sure. Once you have seen it, it stays with you. And one of the very first films I saw, not that it’s an influence, but my father took me to see “Zéro de conduite,” in Warsaw, at the Iluzjon cinema, which is a kind of art-house cinema. I could not make head or sense of it, yet it stayed with me, the images. But it was very chaotic! “L’Atalante” would be closer [to this film]. [He pauses.] I never thought about it. I was unconscious, I was literally eight or something. My dad took me to see “Zéro de conduite,” and what was the other one we saw? “À propos de Nice.” I just remember [thinking] “What the hell, there is no story, who are these people?”

But you know, when people… I’ve lived for a long time and seen a lot of films, and it’s all kind of jumbled up. When people say [about “Cold War”], “Casablanca,” or Tarkovsky or this or that, I say, yeah! I love “Casablanca”! I love that kind of story. I definitely saw it, I cried. These things stay with you, so does Tarkovsky, so does Bresson, some of Bresson. I can’t quite put my finger where… but I am the sum total of all these films. On one hand, sentimental films and then on the other hand, formally interesting films and how these two things meet. One thing I didn’t see the parallel with was “La La Land”! “Oh, it’s like ‘La La Land,’ it’s the Polish black-and-white ‘La La Land.'” It’s not that!

Wiktor and Zula believe they are above politics. They are not. They are not isolated lovers. Politics keep punching them.

I don’t think they believe that. They don’t have any intellectual distance from what’s going on. Maybe he does. But he doesn’t speak up, because he can’t. I don’t think they think in these terms, they just kind of live whatever is possible. The margin of movement is very small in Stalinist Poland, so they deal with it, adapt, conform or you escape. For her. It’s not an issue, because getting into that folk ensemble by hook or by crook, I mean, she cons her way into it. It’s the highest she can ever achieve and she knows it. She’s very happy in that folk ensemble. Stalinist Poland is no problem for her, she’s gonna work. For him, he’s from a different background, for him, he’s suffocating, artistically and just as a human being. He has to make compromises, he’s in a position of relative power, so he has to either make a deal with it or stand up for his best friend, which he doesn’t do. I don’t think they think in these terms, to be honest. But politics definitely deforms everything, yeah.

There’s so much go-along-to-get-along. A key moment is the seemingly pastoral scene where the couple are in a beautiful rural field under sunny skies and she essentially says, I’m not fucking him, but I’m fucking you over by informing on you to him.

Yeah, yeah, yeah. He’s their boss, but he happens to work for state security as well! I mean, that’s why he got that job in the first place. But the real love story there, although I didn’t push it, is that this uncharismatic guy really adores Wiktor. He even starts wearing his hair a bit like him. And he also wants his woman! 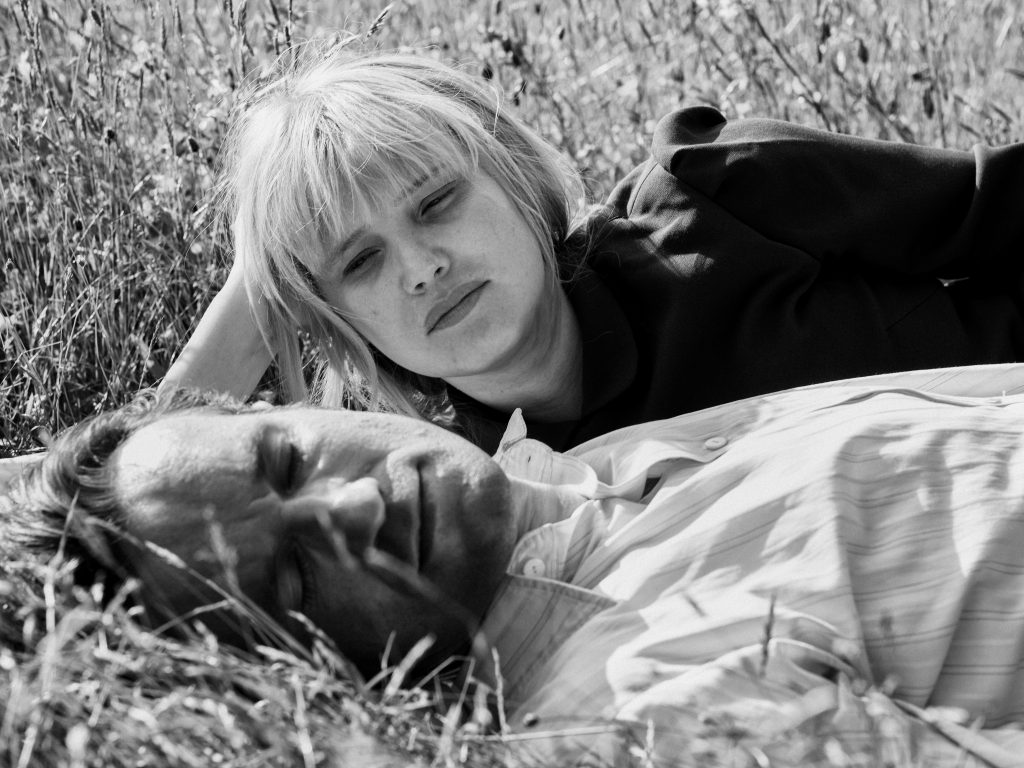 The compacted storytelling style is a distillation of your work, and most certainly “Ida.” There are crystalline instants like one’s own memories. You say you have distantly based it on the lives of your father and mother, but there is so much I’d call floral, not perfumed, like memories that rush. They are in chronological order, there is an urgent narrative, but they feel like memories that pester, the things you lie awake ruing or missing. How conscious is this movement toward elliptical storytelling but extremely concrete imagery?

Sometimes when you really are very familiar with your territory, it gives a certain freedom to operate… the right steps are clear. You can let yourself go in a way and you know you’re on safe ground because emotionally, the film was very much here. Nothing was contrived, it was pretty much there. It gave me peace of mind and calm to just shoot it with freedom and grace and not to intellectualize too much either, just to make it as expressive, as visual and as musical as possible. I was on very firm ground, at least as the world and the characters were concerned. I really knew them.

The ellipsis is another thing. That was always going to be elliptical, because how do you tell such a story without being boring and biopic-y.

You’re not making an epic in the style of “Reds,” but you convey the sweep of the lives of Wiktor and Zula.

No. And then you have to explain this trauma caused this, this situation… That’s really boring! The experiment in the film was how much we can push the elliptic nature of it. I wasn’t totally sure I would take the audience with me. I wasn’t sure I would take as much of an audience as it turned out! [“Cold War” has been a hit in Polish theaters.] That was the only kind of risk. We were on very safe ground emotionally and historically. 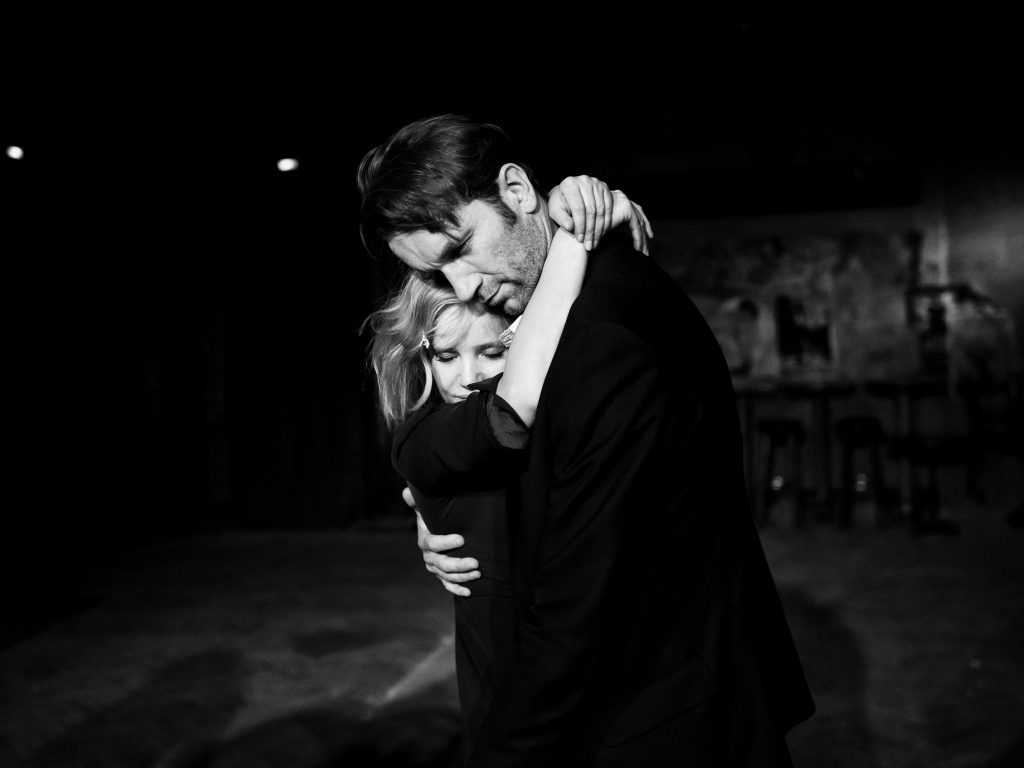 And the oldest story, cinema as the human face.

Absolutely. I was looking for faces that were very contrasting, blonde and kind of voluptuous, the other tall and haggard and darker. And both faces being kind of timeless, both actors not of today, necessarily. They work across the ages, those kinds of creatures. Somewhere in the back were couples like Cassavetes and his wife, Gena Rowlands. But it’s not that kind of story, it’s not that kind of approach, it’s gone beyond that kind of vérité filmmaking, where actors just let everything hang out. I would much rather work through images and pay attention to the couple differently. The camera, the image imposes a lot. I want to create a lot of tension in the frame. It’s not just the camera serving the actors.