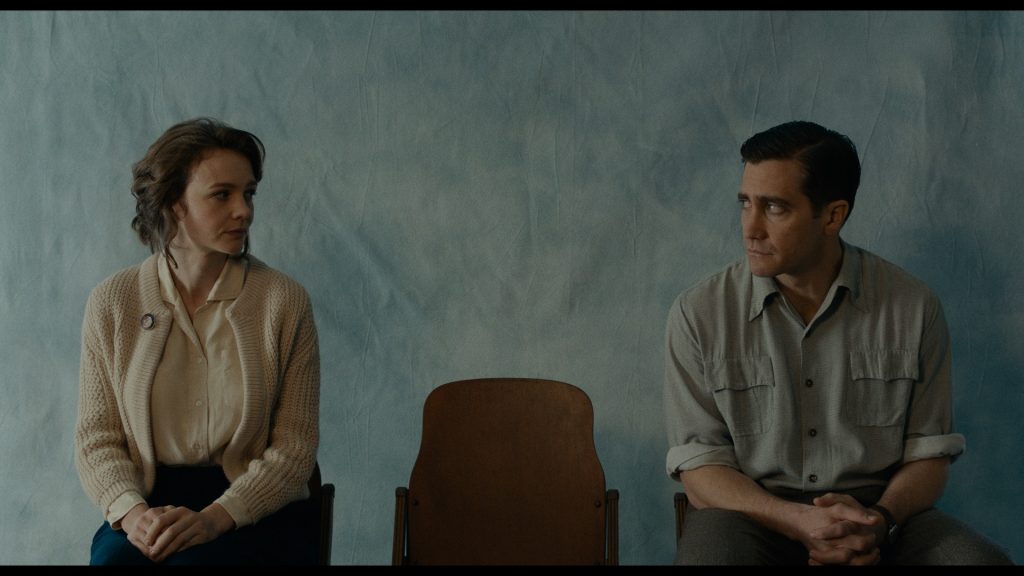 “In the fall of 1960, when I was sixteen and my father was for a time not working, my mother met a man named Warren Miller and fell in love with him. This was in Great Falls, Montana, at the time of the Gypsy Basin oil boom, and my father had brought us there in the spring of that year from Lewiston, Idaho, in the belief that people—small people like him—were making money in Montana or soon would be, and he wanted a piece of that good luck before it all collapsed and was gone in the wind.” The opening lines of Richard Ford’s 1990 “Wildlife” rank among his best, and the story that follows is of an unhappy family, the Brinsons, shown not only through the parents, but by the confusion a child faces when adults’ behavior is odd, then disconcerting, frightening and even unacceptable. The assuredness, the steely grace, the sensation of landing in another time and its repressed furies: all present in Paul Dano’s gloriously understated yet deftly detailed feature directorial debut. Dano is thirty-four, his partner and screenwriter Zoe Kazan is thirty-five, and they have adapted a novel by Ford, who is seventy-four. Carey Mulligan, who is the tremulous center of it all, is thirty-three. I cite the ages with certain wonderment at the seeming authenticity of Dano’s work in every way, from simple settings to seething behavior.

It feels of the moment of its setting—Montana, 1960—and also very much in present tense. There is no scrim of condescension, little indication that the world has changed since that decade. The marking of the inner life of all who cross the path of fourteen-year-old Joe (Ed Oxenbould) is indicated with sureness and deftness and sorrowful beauty. As a marriage dissolves and a family decamps, “Wildlife” becomes a coming-of-age for son and mother and father alike. Mulligan is a marvel of quiet complexity and confounded emotional depth. (Her sense of period behavior and speech sets her apart.) Jake Gyllenhaal is superb, too: Dano is, as one might hope, an actor’s director, but, more than that, simply a superb filmmaker. Gifts are given to the actors and to the audience alike. With Bill Camp. 104m. (Ray Pride)

“Wildlife” is available on Digital HD from Amazon Video and iTunes.