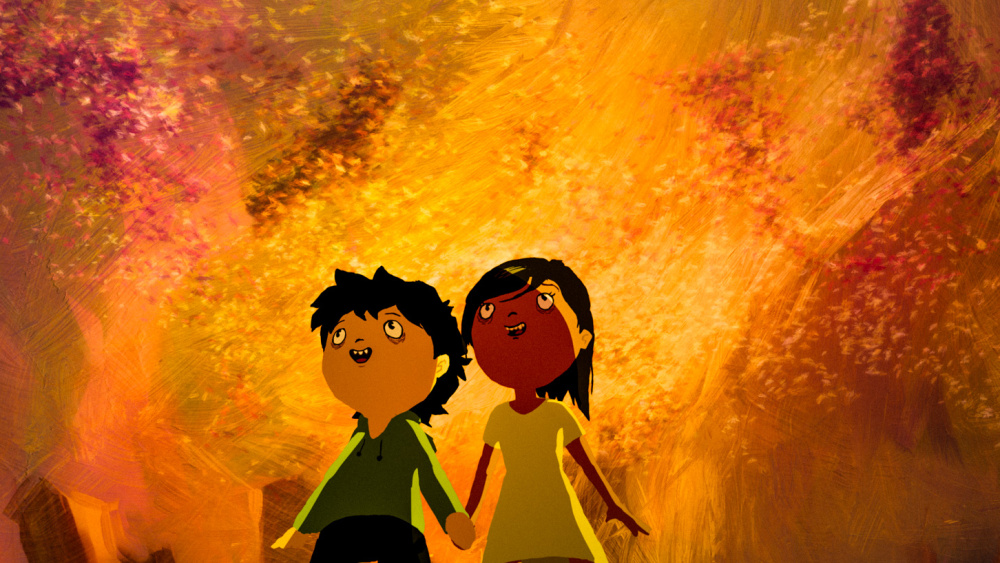 Hey, another ten-year-old boy has to save the world. Difference here is: he’s Brazilian. And he has to round up his friends and find the cause of an epidemic caused by the spread of fear; his father’s research into birdsong may have a little to do with the cure. Alighting in North American theaters directly after the inauguration of the reactionary Brazilian president Jair Bolsonaro, the hand-painted children’s science fiction animation “Tito and the Birds,” directed by Gustavo Steinberg, Gabriel Bitar and André Catoto may work as well as allegory for adults as it does as inspired and bright and bold and fluid storytelling for kids. “The original idea was to talk to kids about this thing that I call ‘the culture of fear,’ this new fear brought by the media that has some political and economic implications,” Steinberg told Cartoon Brew.

“I also wanted to create a possibility for parents and adults to talk to kids about this, because sometimes we have a hard time finding the proper way to start a conversation about serious stuff that’s going on in the world, because you don’t want to say, ‘The world is shit,’ to your children. They must be happy, but at the same time we should talk to them about those things, specifically about this culture of fear.” Beautiful and delirious and surreal, “Tito and the Birds” is completely captivating, and wholly convincing. 73m. (Ray Pride)

“Tito and the Birds” opens Friday, February 8 at Siskel.