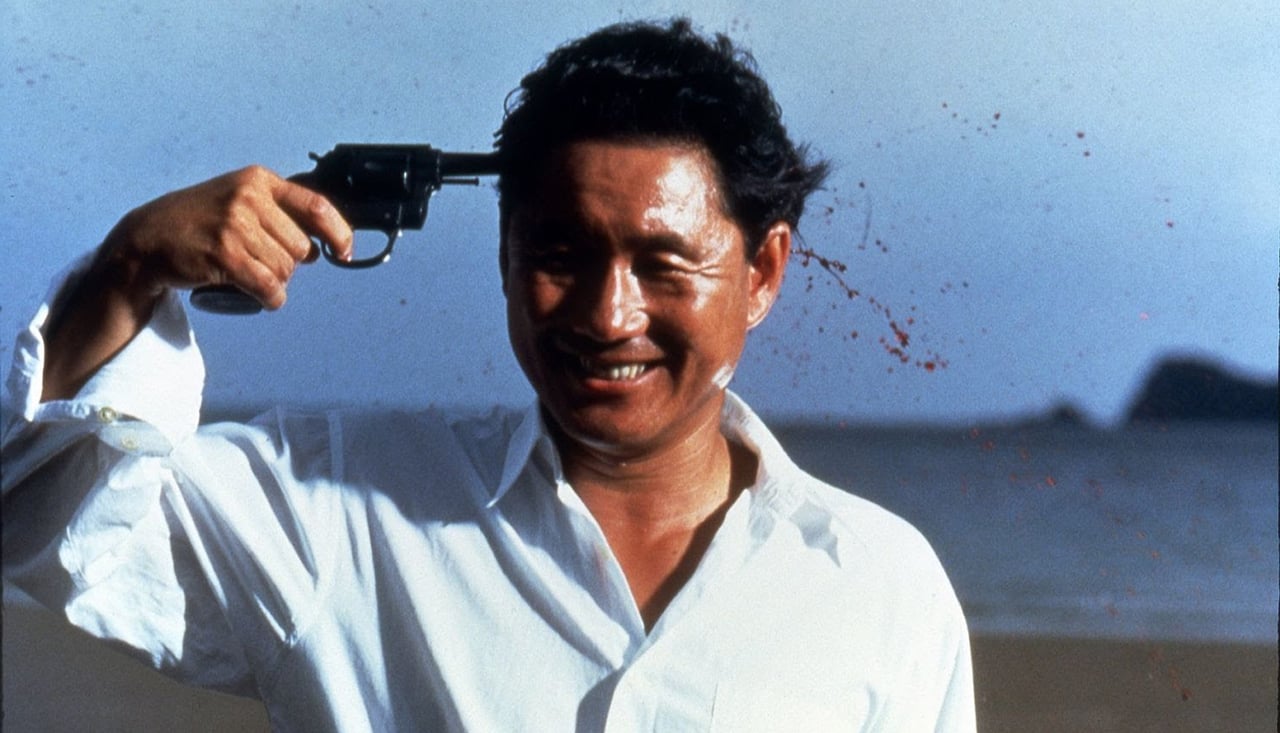 Less is moral: “Fireworks” (Hana-bi, 1997), Takeshi Kitano’s transcendent wallop of a cop movie, is one of my all-time favorites. The maverick Japanese master filmmaker’s haunting, gorgeous pluperfectly balanced elegy to art and conjugal love is also a brilliant action painting of the wages of extravagant violence. (And absurdly, brutally funny, as well.)

Cop, yakuza, wanderer: Takeshi Kitano plays only one role in the films in which he serves as writer, director, painter, producer and sometimes editor, and that is the most imperturbable man on earth. Even before the motorcycle accident that creased his face several years ago, turning a thin smile into a classic smirk, Kitano was the “coolest”—combine “Point Blank” actor Lee Marvin with its director John Boorman—and you get some idea of his persona before and behind the camera, improvidently mingling stoicism, lyrical imagery and sudden violence.

Kitano has a rare gift for eccentric but telling transitions and framings that are essential cinematic poetry. Can you live a standoff? That question seems implicit in every late Kitano picture, and his characters are caught at the moment it all begins to teeter: a life’s balance, a meditative practice, all blown to smithereens by a careless act or careless word. The drenching score is by Joe Hisaishi. (Kitano also co-edited, as well as creating all the drawings and paintings in the film.) 103m. (Ray Pride)