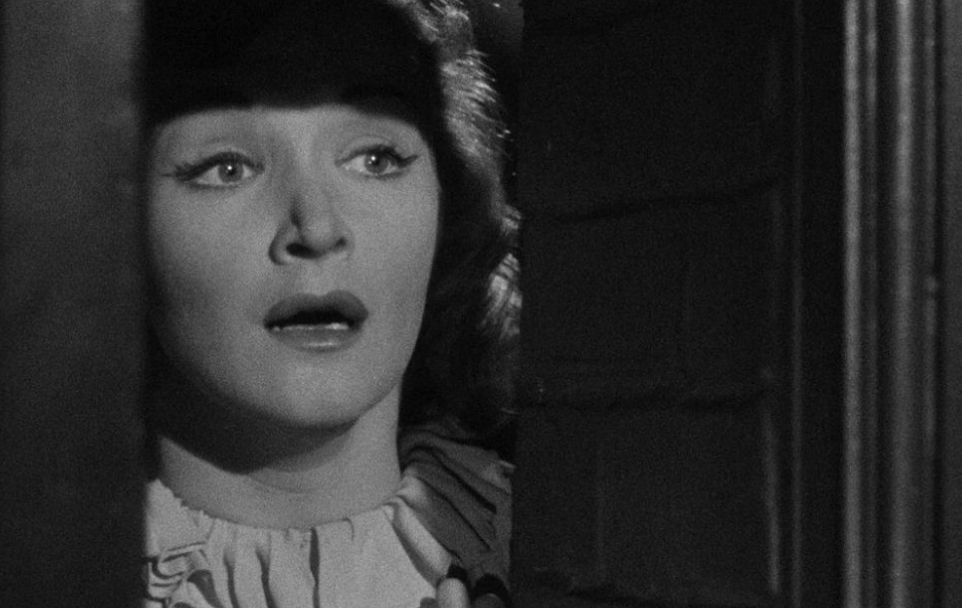 The marvels of Joseph H. Lewis’ filmography rise from the vaults, presently in the form of two Blu-rays from Arrow Academy, drawn from Sony’s 2K digital restorations of “My Name Is Julia Ross” (1945) and “So Dark The Night” (1946). While this master of film noir is best known and most commonly discovered and rediscovered from his orgasmic proto-gangster-couple chase picture “Gun Crazy” (1950), Lewis’ entire filmography contains the same elevated attention to characters moving within space, his blocking as psychologically indicative as the vital performances he elicits. (The ever-fresh “Gun Crazy” informed the French new wave and “Bonnie & Clyde,” among many other filmic ventures.)

His work means a lot to me. The “Julia Ross” disk contains a knowing appreciation by film writer Nora Fiore (aka The Nitrate Diva) for how the bristling mystery of a woman forced to shed her identity reflects on both women’s roles in post-war society and Lewis’ own chameleonic talents within B-level filmmaking.

It’s also the tightest sixty-five minutes of epic gaslighting likely ever put to film. There’s a keen essay by Adrian Martin, opening rightly: “Working largely in the heavily conventionalized and codified realm of the B-movie, Joseph H. Lewis was particularly keenly fixed on this awesome responsibility to twist the unoriginal into the original. And in his great films, including ‘Gun Crazy,’ ‘The Big Combo’ and ‘My Name is Julia Ross,’ he succeeded beyond all our wildest dreams.”

The edition of the Hitchcockian perfect-crime thriller “So Dark The Night” has a commentary track from the always-lively Glenn Kenny and Farran Smith Nehme, as well as an essay by David Cairns. ”Lewis always described his directing choices as creative responses to practical limitations,” Cairns writes. Here, he had to create a French village on the backlot where no such set exists. [He was] able to create a sense of depth and of streets and buildings continuing out of frame, where in reality they petered out into nothing… One loves Lewis already for the punchy vigor of his style and his eccentric stylistic mannerisms, but one loves him more here for his emotional reticence, his discretion protecting his actors and audience from a potentially messy emotional display.”

When I was right out of college, there was a major retrospective of Lewis’ work, which I all but camped out for. I was young and he was near the end of his life, a very, very long life. (He lived to be ninety-three and discuss his work with other makers including Martin Scorsese, even if he only gave a single extended interview, to Peter Bogdanovich.)

There were stacks of his work off to the side of the entrance to the Film Center’s Columbus Drive black box theater. A modest jumble awaiting history and a hand truck. A creative life. From archives all over the place. A couple of cardboard 16mm cartons; mostly, bent tins of 35mm wheels. I wrote him a letter.

I wrote him a single-page letter. Manual typewriter, onionskin carbon. (You don’t get to read it.)

That’s how much “Gun Crazy” and other films, including “So Dark The Night” and “My Name is Julia Ross” meant to young me. And not only was there this retrospective, there was a theater called The Sandburg that had brought back “Gun Crazy” and even his last theatrical picture, the quietly berserk harpoon-duel Western “Terror in a Texas Town.”

The letter was fulsome and sincere. I told him that he influenced people like Truffaut and Godard and Arthur Penn and Paul Schrader and that as long as there are movies to be remembered, he would be remembered. He took the letter and said he would read it that night back in his hotel room.

The next afternoon there was a double feature of more of his work. Of course I was there. Lewis saw me and he said hello and smiled this weak but wonderful smile I still remember bright as day, a pleased light in his eyes, and he tapped my arm.

The next movie wasn’t for a while yet. I overheard the curmudgeonly film scholar and ardent print collector who Lewis was traveling with greeting the Film Center programmer and quickly telling him about some foolish boy who wrote a foolish letter, so foolish that it made Joe Lewis weep in the middle of the night and he had brought it to the other man’s door. Tears in his eyes. Joe Lewis read the letter, read the love. Tears. I stood. The programmer recognized me then and said hi to me by name. The sour man’s lips pursed. I stood and stood and soon I sat and I grinned all the way through the mad majesty of the big-city gangster tale “The Big Combo.” Joe Lewis. His movies will last as long as movies last.