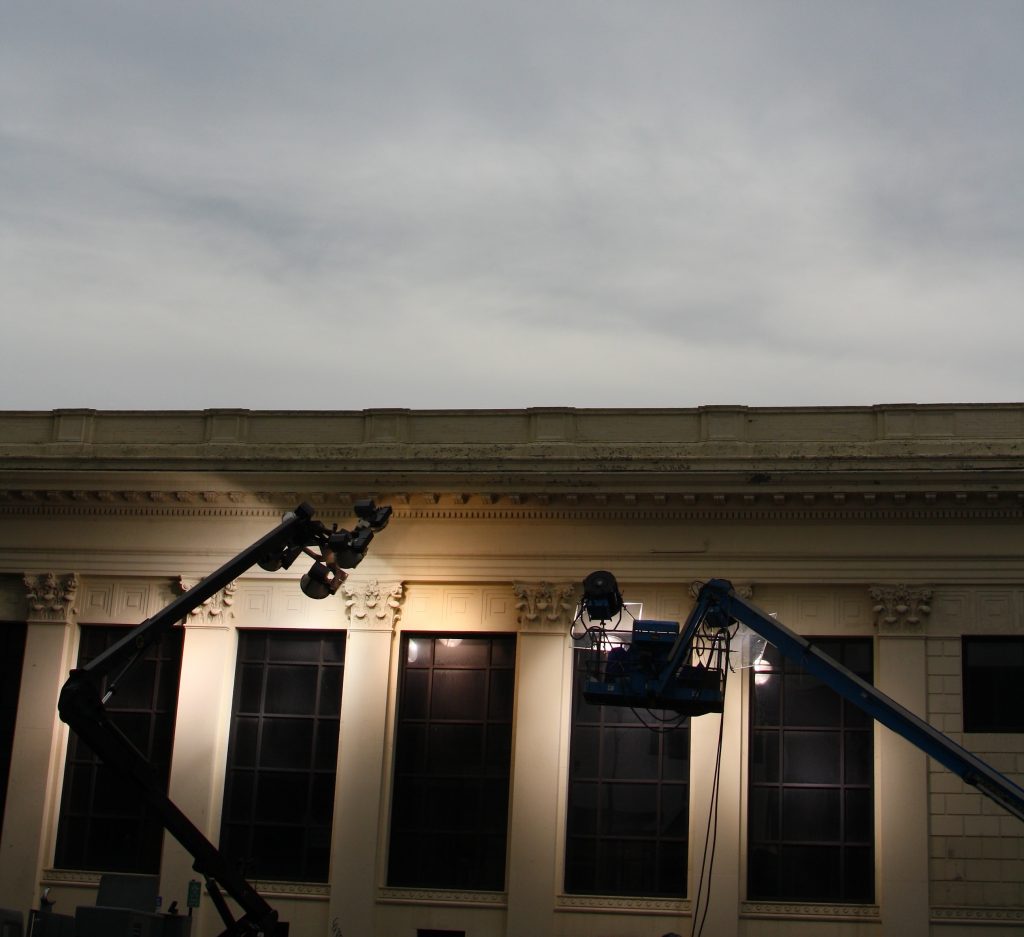 The day after mayoral election results, the press was summoned to a soundstage at Cinespace Chicago Film Studios to provide ballast to the argument that the local film production industry can continue to grow under Governor J. B. Pritzker and the next mayor of Chicago, whether Lori Lightfoot or Toni Preckwinkle.

Here’s an edited version of the press release:

Nine full-season television series were among the 520 film and media projects produced in Chicago last year, reaching a total estimated economic impact of $2.6 billion since 2011.

The Mayor and the Chicago Film Office at the Department of Cultural Affairs and Special Events (DCASE) today announced another record-breaking year for film, television and media production. In 2018, 520 film and media projects were produced in Chicago, with an estimated economic impact of more than $474 million in job creation and local expenditures (according to data from the State of Illinois). Since 2011, the Chicago film industry has experienced significant growth, with a total economic impact of more than $2.6 billion, 90,000 jobs created and 3,700 projects produced.

“The city’s local film industry shows no signs of slowing down as we continue creating thousands of new jobs, supporting industry investments across the city and welcoming hundreds of film and television productions to bring their projects to Chicago,” outgoing Mayor Rahm Emanuel was quoted.

The Illinois Film Office awards a thirty percent tax credit to film, television and advertising productions for qualified expenditures on local crew, goods and services. According to recent data, projects in 2018 employed 13,848 non-extra job hires and generated more than $282 million in wages. Women and minority hires made up forty-six percent of reported crew employees.

Film, television and media production continued with record level activity in 2018 with nine full-season series, plus portions of four others, filmed throughout the year. NBC’s “Chicago Fire,” “Chicago PD” and  “Chicago Med,” Fox’s “Empire,” and Showtime’s “The Chi” and “Shameless” were renewed. New series include “Proven Innocent” (Fox), “The Red Line” (CBS) and “South Side” (Comedy Central). The pilot “Lovecraft Country” (produced by JJ Abrams and Jordan Peele) was HBO’s largest-budgeted pilot to date, filming for two months in Chicago and throughout the state. Portions of “The Second City” (USA) and “Gotham” (CW) were also produced locally.

Cinespace Chicago Film Studios, located in North Lawndale, is the largest film studio outside of California with thirty-one sound stages on its 1.45 million square-foot main campus and additional studios under construction at 31st and Kedzie. Since opening in 2011, Cinespace has helped bring more than 16,000 new jobs to the area. Cinespace is a family-owned company specializing in the development, management and operation of studio space and support facilities for the film, television and digital media production industry. The feature “Beats” (Netflix) and several independent features were filmed here in their entirety and continued a six-year trend in the production of homegrown content for national distribution.

“I am proud that Chicago is taking a leading role in America’s film industry,” Alex Pissios, president of Cinespace Chicago Film Studios was quoted. “From the creation of more than 16,000 jobs at our studios, to introducing youth from the community to the film and television industry through our internship program at CineCares Foundation, the opportunities for work in our thriving industry keep growing. This year we can add DePaul’s School of Cinematography to our list. The school has recently been named as one of the top film schools in the country, and we are thrilled to have them right here on our campus.”