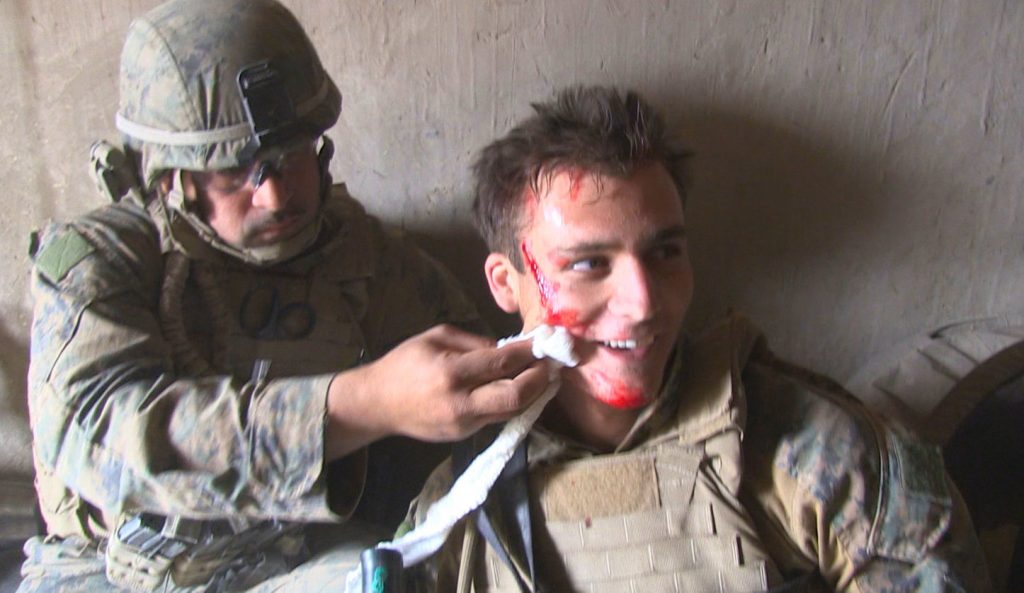 Miles Lagoze’s relentless “Combat Obscura”—faces in your face in the first-person face of an unending war—offers perceptual challenges galore: not only the larger canvas of how the daily life of combatants in war zones like Afghanistan is portrayed, but to equally important questions of who is making the images and then if the images are allowed to be distributed, shown, seen. As an eighteen-year-old Marine Corps enlistee, Lagoze served as an official videographer with unlimited access under the designation of Combat Camera. But the more explicit footage wasn’t meant to surface: the documentation is always intended to promote positive images of the “forever war.” Lagoze’s documentation is from the war, but the documentary came a few years after, when he returned to the diary of his hard drives while studying film at Columbia University.

Debuting at the 2018 True/False Film Fest, “Combat Obscura” turns Lagoze’s tour of duty into an unfiltered tour-de-force of witness to things that cannot remain unseen in an era of relentless imagery. His sense of dynamic montage is a fragmentation of consciousness unto itself: you cannot predict whether kindness will follow confusion or terror comes after raucous laughter. 68m. (Ray Pride)

“Combat Obscura” opens Friday, March 15 at Facets and is on demand.