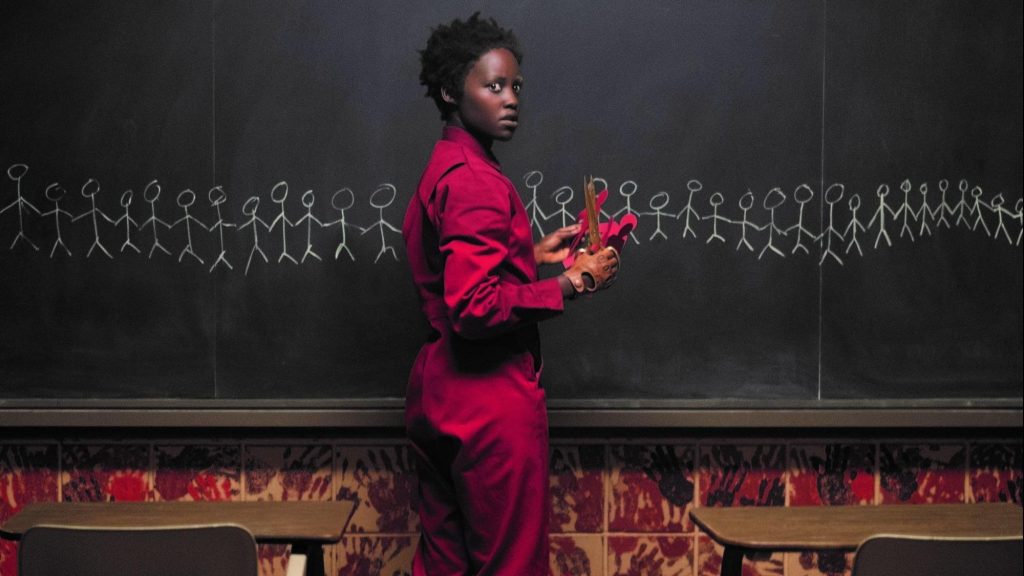 After dozens upon hundreds of heightened, pitch-perfect sketches to his credit as one of the minds behind “Key and Peele,” Jordan Peele had proven his skills at effective tonal shifts even before “Get Out.” His horror hullabaloo, his succession of knowing campfire stories, the madly metaphorical, darkly funny, insidious dream-logic nightmare, “Us,” is described by co-producer Sean McKittrick as “an R-rated Amblin film,” and an opening scene flanks a 1986-era tube television with a few signifiers, including VHS copies of “Goonies,” “C.H.U.D. (Cannibalistic Humanoid Underground Dwellers)” and “The Man With Two Brains,” as well as a Rubik’s cube. [Spoilers but very little plot synopsis follows.]

A spate of “explainers” exploded into the world directly after the film’s hyper-hyped South by Southwest premiere a few days ago. They’re more confounding than the unfolding of the story and its resistant symbolism and its solid twists. (This is not an explainer.) I concur with what writer-filmmaker Aleš Kot, dubbing the film “Jungian,” tweeted: “I love how uninterested it is in the traditional Western blockbuster storytelling trope of a perfectly sealed and explained mythology. The lack of interest in it is a brave feature, not a sloppy bug. The film is interested in the spaces between.” [Notable pieces posted since “Us” opened: Manohla Dargis in the New York Times; K. Austin Collins in Vanity Fair; Jen Yamato at the Los Angeles Times and Bilge Ebiri at Nashville Scene.]

Peele builds and builds but doesn’t wholly define his spate of symbols: a red-clad underground of dozens of repressed folks who hope to build a human wall to divide the United States? Could that be read as these “tethered” slaves-of-sorts are red staters? That “the other” goes against expectations, and is another “other”? And that the privileged up above, black and white alike, are repressing these people of the earth, a literally underground “red state”? At the end, before Peele’s boldest twist, which turns most of the movie on its head, are we unwittingly rooting for the suppression of a slave rebellion? 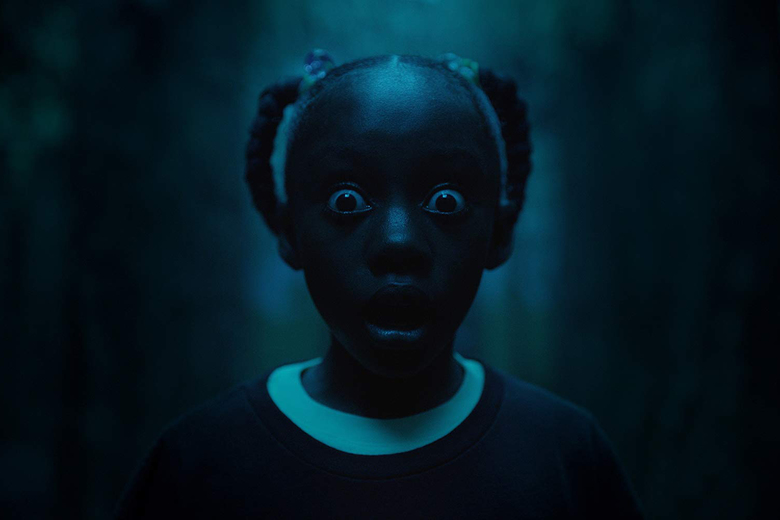 Within Peele’s fabric of film and cultural and historical homages and references, there is still a full-on Jordan Peele movie. (As critic and programmer Miriam Bale has pointed out, his love for the potential intricacies of high concepts matches that of the late genre-busting wild man Larry Cohen more than Hitchcock or other names that are being bandied about.) And part of a Jordan Peele movie is a quiet roar of allusion after allusion. Peele’s homework for his sensational star, Lupita Nyong’o, included, according to Entertainment Weekly, “The Birds,” “The Shining,” “Dead Again,” the original “Funny Games,” “The Sixth Sense,” “A Tale of Two Sisters,” “Let the Right One In,” “The Babadook” and “It Follows.” Each and every one of those movies can be seen readily refracting facets of “Us.” Through Peele’s gift for mimicry, “Us” still stands apart as its own creation. “Us” is “Us” and those are them. (Peele also locates “Rosemary’s Baby,” “A Nightmare on Elm Street,” “Vertigo,” “The Lost Boys” and “Jaws” in his onscreen cosmology.) 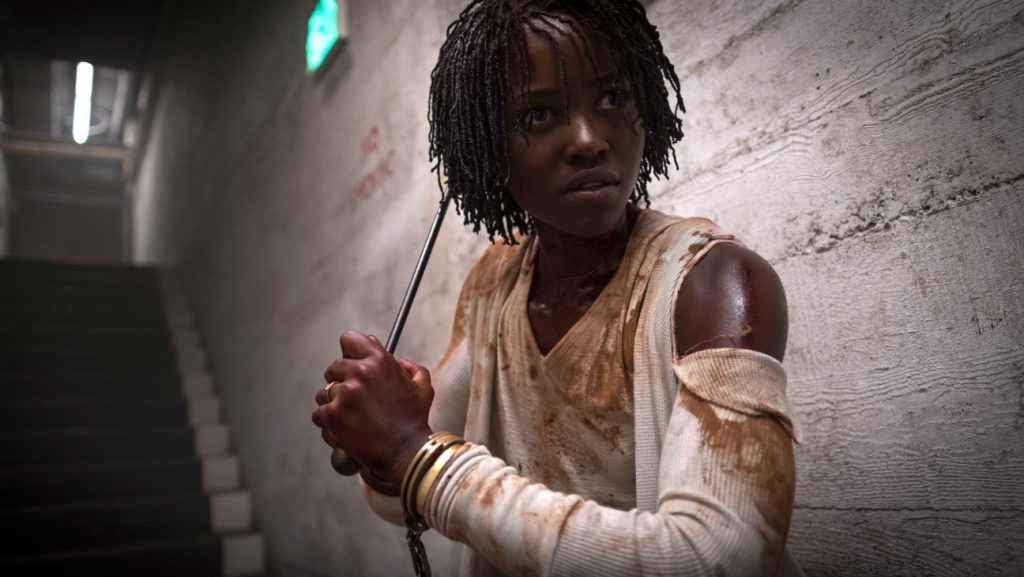 Peele’s superb taste in collaborators behind the camera is stirring, with production designer Ruth De Jong, whose work includes “Manchester by the Sea,” “Knight of Cups,” “Song to Song,” “The Master,” “Inherent Vice” and “Twin Peaks: The Return”; director of photography Michael Gioulakis shot David Robert Mitchell’s “It Follows” as well as M. Night Shyamalan’s “Split” and “Glass.”

Dozens of small gems sparkle on even a first viewing, such as a girl’s t-shirt with a word in Vietnamese that refracts a major, white symbol in the narrative. The Bible verse Jeremiah 11:11 is cited, but never spelled out. (“Therefore thus saith the Lord, Behold, I will bring evil upon them, which they shall not be able to escape; and though they shall cry unto me, I will not hearken unto them.”) At moments, the effect is like a perfectly measured, pluperfectly stuffed Platonic ideal of a classic Mad magazine panel. I was thrilled by the final shot, which is an x-ray of a nighttime shot that closes Kiyoshi Kurosawa’s lavishly daffy “Charisma” (1999). Surely further within “Us” are telling bits that are more elusive still and will reward those who want to steep in them. (One of the coldest references comes in the mingling of a Beach Boys song with brutal murders during a home invasion: there were links between Charles Manson and Dennis Wilson once upon a time in Hollywood.)

There is a line that the film sorts and audiences can sort, too, that is a proclamation but not a declaration about the perilous privilege that we learn certain characters have, a statement of fact that demands an interpretation that is not bluntly given. That sentence, which is offered in its own raw context, is “We… are… Americans.” While I don’t know Jordan Peele would have reason to know this, that sentence is also the closing sentence of the last published work by Gertrude Stein, which, shorn of context, could be wrenched into an admonition that matches the dark depths of “Us” and its unexpected monsters: “go easy and if you cant go easy go as easy as you can. Remember the depression, don’t be afraid to look it in the face and find out the reason why… of all things don’t stop, find out the reason why of the depression, find it out each and every one of you and then look the facts in the face. We are Americans.”