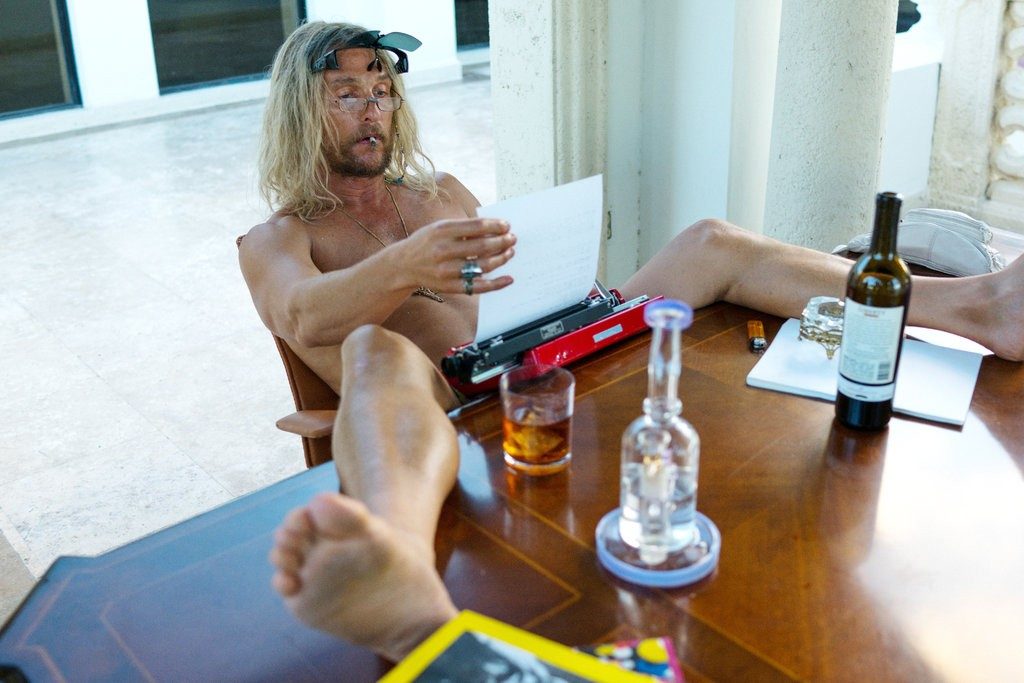 Harmony Korine’s character study of a middle-aged man of great privilege baked (and baked) under the Florida sun and night-lit by neon is his first outright comedy. Trashy, tender and in swoony love with its central character, a hangdog hedonist poet-novelist called Moondog (Matthew McConaughey) who has gone to wrack, ruin and rot and who has a rich and adoring wife (Isla Fisher) who tolerates his extravagant booze and weed-fueled indulgences, “The Beach Bum” coasts on cockeyed charm. Its central incident among loosely connected sketches is an incident that leads to a year in rehab (which lasts about two minutes) and a condition in a will that Moondog complete his long-bandied poem-cum-magnum opus.

The Beach Bum is the greatest movie about being between books since at least Wonder Boys, probably ever.

It could have been better: the shagginess wears. There was a prismatic, even fugue-like structure imposed on Korine’s last released feature, 2013’s “Spring Breakers.” Artful, even haunting repetition of incident and music worked from hypnotic affect. The repetitive but lightly likable “The Beach Bum” is a boatload of goofing around to eminently charming affectlessness.

Very surprised A. O. Scott and his sensibility was not bowled over by THE BEACH BUM. Really thought he could relate to this!!!

The improvisations must have gone on and on, despite the film being shot on 35mm film. “I love it,” Korine said in Chicago recently, “Film through the camera is the sound of money burning up.”) Cinematographer Benoît Debie’s nighttime photography of Key West and Miami is, as one would expect, startlingly beautiful and more lastingly narcotic than the wanton weed of an evening gone.

The Beach Bum is a blast. Geniunely funny. Isla Fisher and Jonah Hill are perfect. Harmony is trying very cool things with dialogue coverage. And Benoit Debie’s cinematography should be celebrated. See it on the big screen. @neonrated @VICE

A final, lavishly nihilistic impulse is given a few seconds of Valhalla-like absurdity and grandeur before reins and punches are pulled. With Snoop Dogg, Stefania LaVie Owen, Jo Marie Payton, Martin Lawrence in a solid character cameo, Zac Efron in a vicious one, and Jonah Hill, who cracks himself up with his ornery buffaloing of a cartoon Bayou accent. (Or maybe Tim Conway corpsing himself all the way through a Tennessee Williams impersonation.) Jimmy Buffett appears as himself, several times, indicating that he is, in fact, Jimmy Buffett. 95m. (Ray Pride)