“Knife + Heart” (Un couteau dans le coeur) has all kinds of stuff. It’s a tumultuous original, dragging worlds of cinema sensation that came before screaming and punching behind it. Begin with “Phantom of the Paradise,” stir in “Peeping Tom,” and “Body Double”; don’t stop at “Poison” or “Cruising” and “Blow Out.” Queer sex and art commingle in a story reportedly based on fact, and there are no apologies. Vanessa Paradis plays a director of gay pornography in 1979 Paris, fixed on her resistant editor, surrounded by murder after murder of those she knows. Film editing and film projection are among the fetish objects in this 16mm and 35mm-shot visual cornucopia; a contemporary who is as keen a fondler of kino-apparatus and fraught sensation would be Peter Strickland, of “Berberian Sound Studio” and “The Duke of Burgundy.” But where Strickland is a cool-tempered pasticheur of fetish-fragrant texture and light, Yann Gonzalez is a gleefully grandiloquent giallo-style gut-slicer. Porn, sex, murder ensue. Set a fistful of months before the discovery of HIV and the AIDS crisis, “Knife + Heart” is a different time, brightly, boldly rocked. The bloody-minded Yann delirious, delicious, neon comic-horror wellspring is slasher send-up and apotheosis, more than a brilliant tribute to the perfumed poison-candy excesses of an era’s exploitation films: its pastiche levitates above them in its own extravagant liminal space. Altar and threshold, its own predecessor, its own successor. 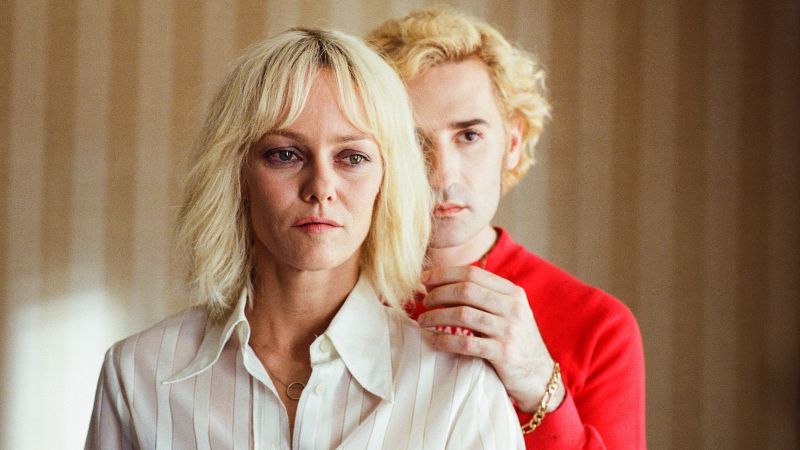 An augury of riotous cinematic pansexual fuckery? Or an avid vitrine of all that came, and came, before? A boldly colored and designed period piece or a haze of histories half-remembered? All, more, take, feast. It’s a vital, created world, loved-in, lived-in. An extended passage of watching, and watchers watching, and watchers being watched, that would make Brian De Palma drop his lunch and soil his bush jacket. M83’s electronic score is note-perfect, dandy disco accompaniment. (M83’s leader, Anthony Gonzalez, is the director’s brother.) With Nicolas Maury, Kate Moran. 102m. (Ray Pride)