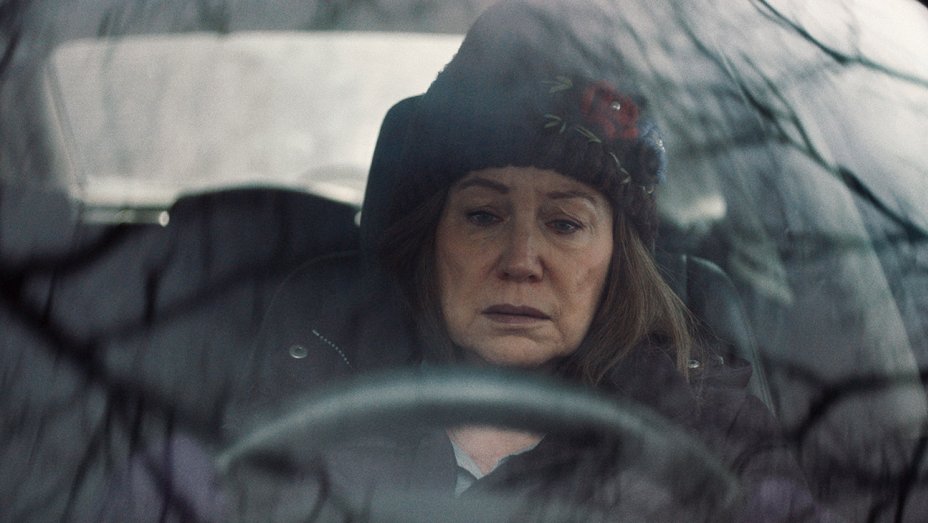 Mary Kay Place offers a performance of modest yet immodest grandeur, one that is measured yet oh-so-effortless, at the heart of “Diane.” Her emotional breadth in the narrative directorial debut of Kent Jones is essential, inhabiting the self-sacrifice of a passing generation of women, and by the end, approaching grace. Diane, whom Jones has described as a composite of several aunts, but especially his mother, cares for everyone around her in small-town Massachusetts, but does not tend to herself or her own needs. A life ensues…  or more correctly, the changes in consciousness that come at the end of a well-intentioned life.

Place is surrounded by essential performers, including Jake Lacy as her son who can’t shake his addiction, and Andrea Martin, Estelle Parsons, Joyce Van Patten, Deirdre O’Connell, Phyllis Somerville, Glynnis O’Connor and Paul McIsaac. Jones, whose books on film include his collected criticism, “Physical Evidence” and a rich collaborative volume with Olivier Assayas on the French filmmaker’s career, collaborated on documentaries with Martin Scorsese before making 2015’s “Hitchcock/Truffaut.” (Jones is also the director of the New York Film Festival.) 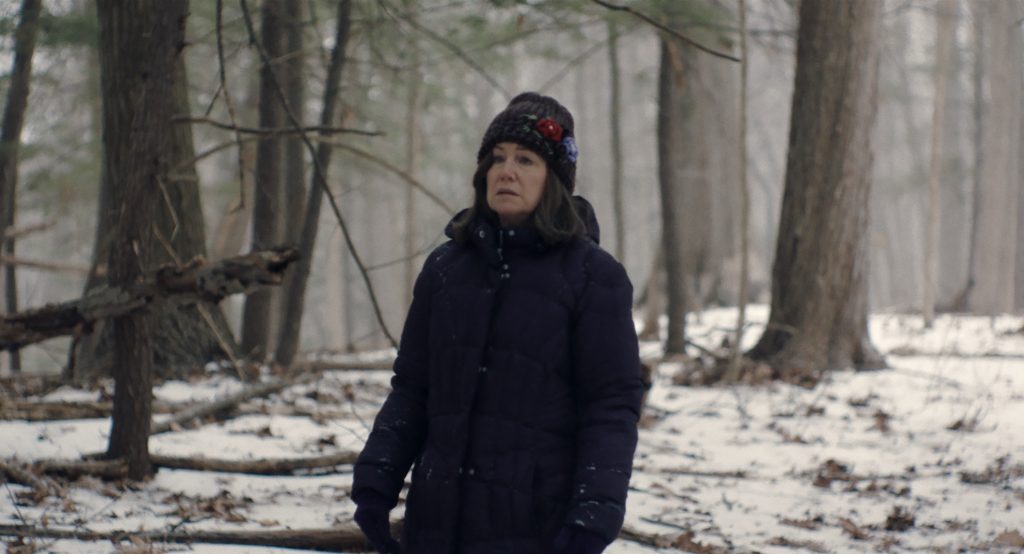 There’s a density of experience condensed and refracted through how you use the land, the topography of where Diane lives and drives and drives through.
That’s true. You know I did live it. It was very important to me, I was compelled to craft a movie out of that very experience, something cinematic. From the time I was very young, I lived with [these surroundings], and it developed in my mind over the years. I’m glad of that, that it lived in me for that long, because that’s part of the movie, it was the life that I grew up in, in Massachusetts.

There are filmmakers whose work we both know. For instance, the Dardennes have been insistent that their soil is the soil for their filmmaking. They’re not going to make someone else’s movies, like latter-day Truffaut movies set in Paris, they’re gonna make films in their patch of Belgium.
Yeah. I mean, I know them, and… That’s something I really respond to in their work. There’s a quote somewhere from Ezra Pound, where he says, all your metaphors should come from the natural world, from the world around you, not some big metaphor that came out of nowhere.

With those guys, for instance, when you get to the end of “The Son,” and they take the pieces of wood and wrap the wood in heavy cloth and put it in the back of a truck, you know what you’re seeing is a metaphorical burial, once and for all, of his sons. It happens completely within the material of the world in which they’re living, and what they do, and what he’s training them to do. It’s also at the very beginning of the movie, we hear the sound of a table saw. It comes right at the moment that he recognizes the boy, very early on, and it’s mixed in such a way that it sounds like a Jimi Hendrix guitar solo. It’s an amazing thing, and something that is very inspiring to me about them. Making a movie where I have the passage of time, and so all of the [scenes with] driving, I’m going to use that. Driving from that place to that place to this place and back-and-forth. It becomes something else as well. [Jones speaks about cardinal influences on “Diane” at Criterion, including the films of Monte Hellman, “deep in my bones”; and, “Journey to Italy,” “Raging Bull” and “The Best Years Of Our Lives.”]

The opening line of your conversation in the press notes sounds like the start of a novel, a distant cousin of “One Hundred Years of Solitude.” It reads, “When I was very young, I wanted to make films—I took a long time to get there, but some things take as long as they need to.”
Yeah, well, yes.

It has that sound, but instead of a novel, we have the movie. Could you talk about that? Paul Schrader, of course, has a favorite line like that, too, he’s used so many times, varying Bresson, “It’s taken me so long to come to you.”
Right. [laughs]. I think that I was always looking at making movies, and when I say that, I mean narrative movies. The time it took me [to direct my first feature] was probably more a matter of reticence and intimidation than the sheer machinery. What I finally came to understand was reticence and intimidation are meaningless. You make it anyway. I inched my way toward that by writing, then as I was writing, shedding certain things from very early on, in the way that I wrote. And then getting to make documentaries about filmmaking, and then as a critic becoming more and more interested in the real divergence between the way that films are made and the way that often is imagined how they are made. And working with Arnaud Desplechin [as co-screenwriter of “Jimmy P.”], being on peoples’ sets. I was working on another movie that didn’t happen. And it was Olivier Assayas who said to me—that movie had a lot of producers, and we had this amount of money already and were going to get more—and he said, you know, nobody is going to make your film but you. You’re the only one who’s going to direct, nobody else. The way that he has often made movies, something that is possible in France, that is not so possible here, you just start shooting with ten dollars and there’s this momentum behind it and somebody’s got to pay for it. That’s the way he made “Irma Vep.” He’s right in the sense that other people are going to come up with the money, but you have to prove that you need to make it and stick by it and not stop until you get it done. You know?

Schrader also has that cold metaphor of criticism versus production he’s—being a critic on the outside versus being on the floor, shooting—
—I know! I’ve heard the metaphor, I know exactly what it is. Keeping the baby alive versus the autopsy. Y’know… I know Paul and I love Paul, but I think… he’s wrong about that. It doesn’t feel right to me. On the one hand, it implies that in keeping the baby alive, you’re delusional in some way; maybe the baby deserves to die! [Laughs.] Or something like that… and then on the other hand, writing criticism is not being a pathologist, it just isn’t. You’re engaged with something that’s alive, you’re alive and you’re responding to it. It’s not the same thing. I’ve never agreed with that metaphor and I remember getting it when I interviewed him for a piece for Cahiers du Cinéma. It never seemed right to me… 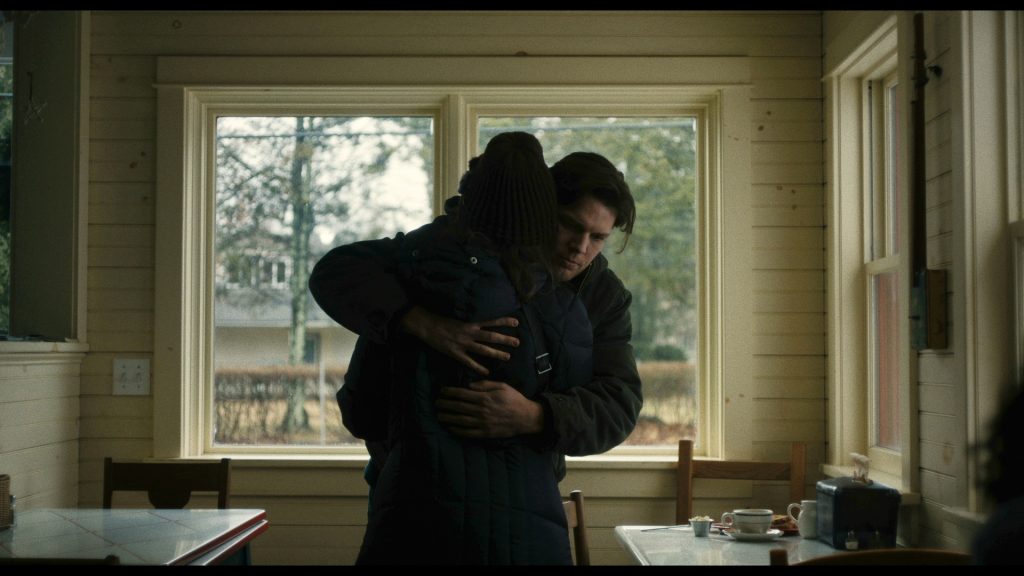 So, overcoming reticence, to go beyond being a friend, or observer, or amanuensis, or collaborator with people like Scorsese, Desplechin and Assayas… The times I’ve met them, obviously it’s different, it’s glancing, but I haven’t been intimidated, because of their infectious enthusiasm and energy. These filmmakers are all garrulous and full of ideas.
These are guys, Marty, Olivier, Arnaud, these are people who are friends, and they really encouraged me, they saw where I was, they respected it, and then in very different ways, from very different viewpoints, all encouraged me. James Gray as well, who is a friend, the thing is that it’s not… I don’t know… It’s a matter, what’s the jumping-off point? It’s precisely that. Olivier and I did a talk in Vienna around the time that we did that book published by the Vienna Film Museum. Olivier talked about making movies, and he said, well, the most basic way that I can put it is that I do what I’m afraid of. If you do what you’re afraid of enough, then the question of intimidation and reticence becomes beside the point. These become emotions that you experience, and they’re like clouds dissolving into the air, or you just experience them and so what? That was essential for me.

You know, you started by talking about the Dardenne brothers, and I would refer back to their experience making [an early feature] and when they were intimidated by the crew, and the crew basically wound up overruling them, and what resulted was a relatively good movie, but a movie that they didn’t want to make. We’ve all seen those movies; I’ve seen those movies made by other people, and you can always tell when they’re not there, in the movie, for one reason or another. Those guys took two years thinking about it and decided how they were going to work. And that’s what they did.