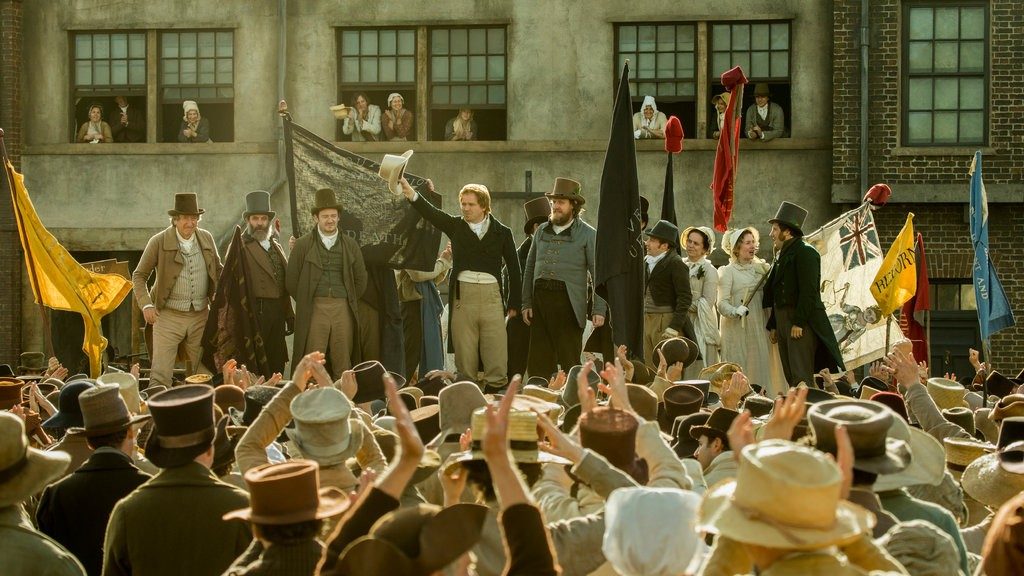 Underestimate the fury of the intelligence and craft of Mike Leigh at your danger. At seventy-five years old, the singular British master etches his most lavish canvas, his most politically charged, his most electric epic. “Peterloo” is an uncompromising, uncompromised masterpiece: in ravishing moment after ravaging moment, Leigh captures the breath, the pace, the gait of early nineteenth-century life in England. The bounty of the perspectives of great painters of history and of quotidian life suffuses each variety of light, each striking composition, yet the effect is alive, rich, bursting, Leigh’s canvas is abundant with delight, thriving without overwhelming. And his dexterity with “typage,” the casting of faces down to the smallest role (which some wrongfully identify in his work as mere caricature) is immaculate across face after face.

He is patient: the early going lavishes time to set the world in images that are both of painterly heft and photorealistic immediacy. 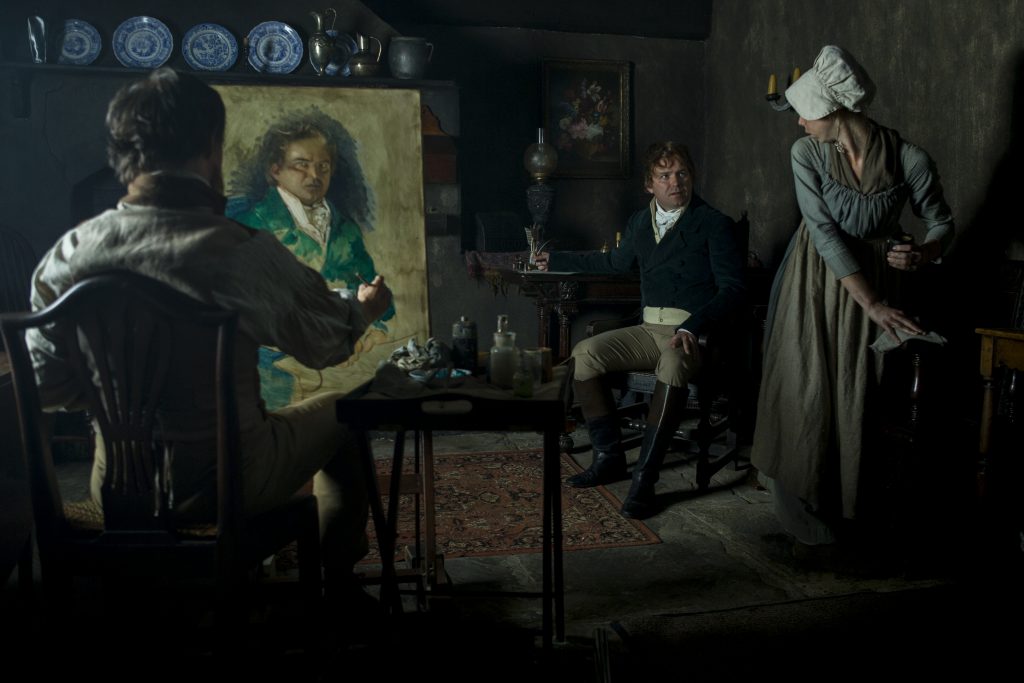 What was it like to live? This is preamble, of course, to what it was like to die, when the army set upon protestors opposed to the government in the last, grave assault of the Crown against its gathered citizens. Leigh describes his portrayal of events surrounding the 1819 Peterloo Massacre succinctly: “a peaceful pro-democracy rally at St Peter’s Field in Manchester turned into one of the bloodiest and most notorious episodes in British history,” he writes. “British government forces charge into a crowd of over 60,000 that had gathered to demand political reform and protest against rising levels of poverty. Many protestors were killed and hundreds more injured, sparking a nationwide outcry but also further government suppression. The Peterloo Massacre was a defining moment in British democracy which also played a significant role in the founding of The Guardian newspaper.” 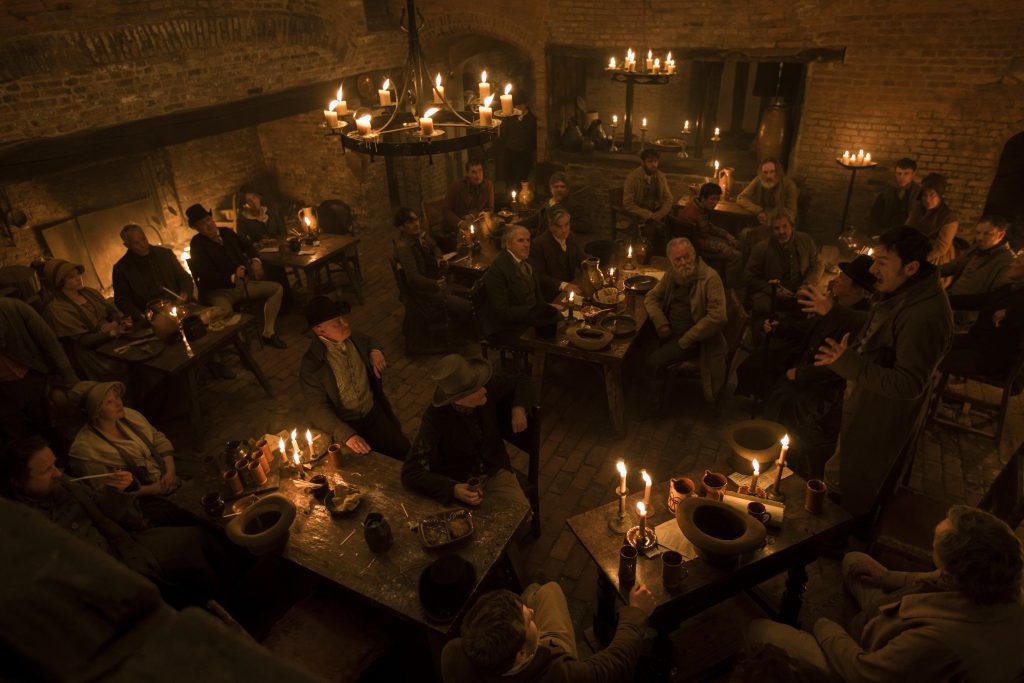 The language, both in the commonplace and the incendiary, soars, too. The words, words, words are on a par with the riches of imagery. These events are definitively of their time; yet breathtakingly present tense without forcing parallels to the world we choose to believe we know today. Leigh brings his customary collaborators aboard: cinematographer Dick Pope, casting director Nina Gold, costume designer Jacqueline Durran, editor Jon Gregory, production designer Suzie Davies and composer Gary Yershon. With Ben Crompton, Rory Kinnear, Maxine Peake, Neil Bell, Philip Jackson, Vincent Franklin, Karl Johnson, Tim McInnerny and hundreds more. 153m. (Ray Pride)