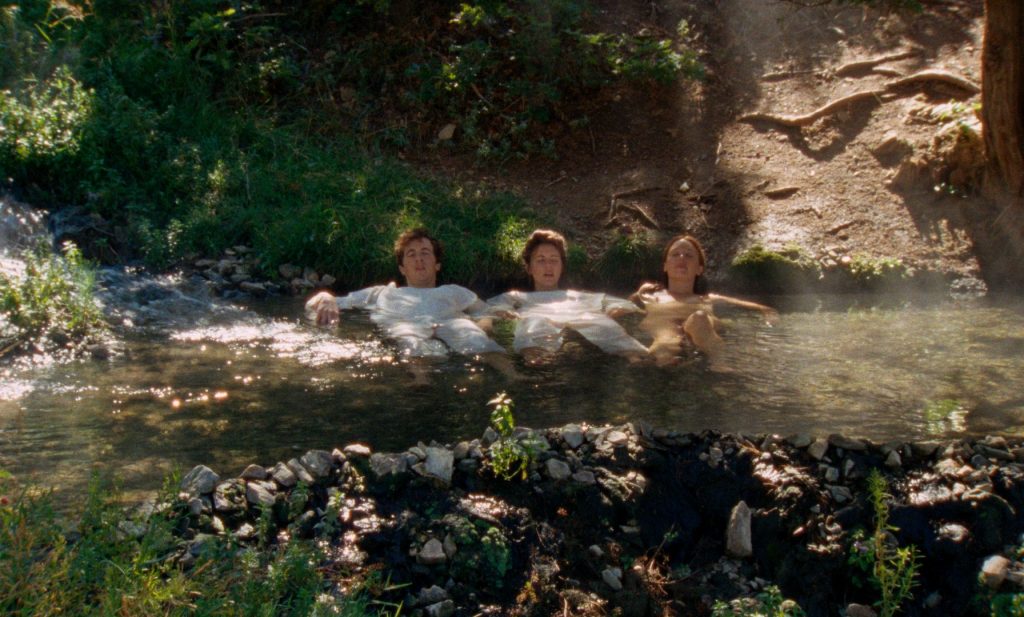 When Whitney Horn and Lev Kalman’s “L for Leisure” debuted at the 2014 Chicago Underground Film Festival, I didn’t review it, but slotted it in my best-of-the-year list: “The soul of drifting. The drifting of soul. Genteel music taking you for granted.”

In their latest slackadaisical wonder, “Two Plains and a Fancy,” three tourists trek the wilds of 1893 Colorado across three nights and four days to find a legendary spa. 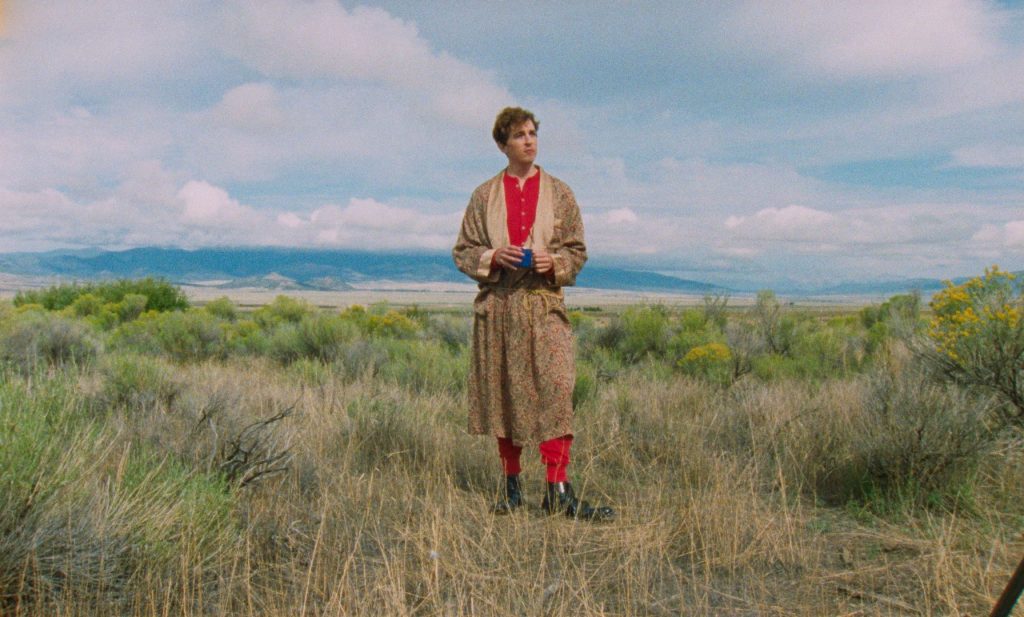 In their passage through mountain and stream and desert we meet characters described as a “Dandy Watercolorist,” a “Mystic-Reformed Confidence Woman” and a “French Lady Geologist.” Anachronistic wanderers, not limited to a French-speaking Native American woman, cowboys and purported time travelers, people their trail. (The actual character names are sticky, giddy mouthfuls.)

With this quietly wanton, post-Jarmusch, post-chill, semi-psychedelic super-16 Western travelogue, the duo establish themselves as true modern American weird visionaries: such deliciousness, such delirium, such deliberation, and often enough, such daffiness. Their timing and framing are consistently offhand but wondrous, belying the budget of likely a dime and a dollar.

With mountains of absurdity and meadows of meta, Horn and Kalman elevate banter to absurdist bliss and affronting bursts of poetic sublimity. Then it gets weirder. And then it turns serioso-serious. It’s all too seldom you get to mouth “What. The. Fuck.” with joyful tears tempting your eyes.